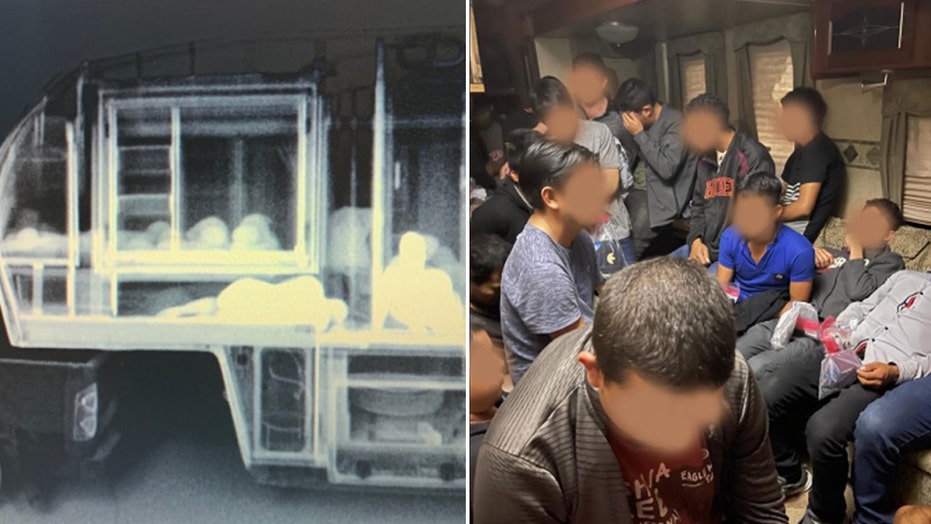 Border agents in Texas discovered 74 illegal immigrants being smuggled into the U.S. inside travel trailers on Monday, sharing X-Ray images of migrants packed inside compartments.

“The coordination and collaboration between the agents and Texas Department of Public Safety resulted in multiple migrants being rescued from a very dangerous situation,” Big Bend Sector Chief Patrol Agent Sean L. McGoffin said in a statement. “Transnational criminal organizations recruit United States Citizens to facilitate their smuggling schemes, they continue to place lives in danger with little regard for their safety and well-being.”

Agents in the Big Bend Sector conducted a traffic check on a large travel trailer at the Interstate Highway 10 immigration checkpoint in Sierra Blanca, U.S. Customs and Border Protection (CBP) said in a news release. Sierra Blanca is located in Hudspeth County, about 20 miles northeast of the Mexico border.

After a K-9 unit alerted agents to inspect the trailer, a second truck hauling a trailer drove by. Agents alerted the Texas Department of Public Safety to the possible smuggling scheme and officers performed a traffic stop on the second vehicle, finding multiple people hiding inside the trailer.

The illegal immigrants hailed from countries including Ecuador, El Salvador, Guatemala, Honduras, Mexico, and Peru. They were taken into custody and processed accordingly, the CBP said.

Two of the U.S. citizens were turned over to the Texas Department of Public Safety. The third citizen, a juvenile who was driving the second vehicle, was released due to his age.

To illustrate the dangers of such smuggling methods, Laredo Sector Chief Patrol Agent Matthew Hudak likened it to “being locked inside a metal toolbox” on a hot summer day, warning that “undocumented individuals are packed in compartments not meant to hold people.”

CBP has reported nearly 930,000 illegal immigrant encounters at the southern border since January. Through the end of May, agents carried out 7,084 rescues of migrants.

There were more than 180,000 migrant encounters in May overall, and that number is largely expected to remain around the same level in June.