Some of the biggest names in the industry will have to fight for control of Prime Media Group outside the boardroom, with the regional broadcaster unlikely to let them nominate their own directors.

Regional media proprietor Antony Catalano and business partner Alex Waislitz will not have representation on the Board despite expressing an interest as they increased their stake in Prime to 14.6 per cent and blocked a merger between the regional broadcaster and Seven West Media late last year. 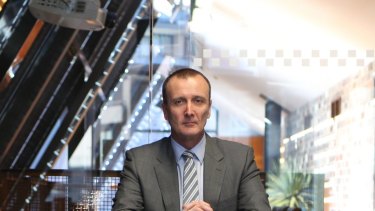 WIN Corp owner Bruce Gordon, who has 11.6 per cent worth of votes and a 19.5 per cent interest and was also involved in blocking the merger, previously expressed an interest in having board representation. Kerry Stokes-controlled Seven West Media, which bought a 14.9 per cent stake in the business after its failed merger attempt, will have no representation on the board.

Sources familiar with the discussions between Prime and shareholders have said the decision is due to concerns about conflicting strategic priorities of Mr Gordon's WIN and Catalano's operation, Australian Community Media, which both operate in regional areas and compete for advertising dollars. A second seat was recently made available due to the resignation of Robbie Sefton, while chairman John Hartigan retired in December.

Prime declined to comment. Its future was left in limbo after a $64 million bid by Seven West Media was blocked by shareholders including Mr Gordon and Mr Catalano late last year. No agreement has been made between Prime and any shareholder on future partnerships or mergers.

Rival Southern Cross Austereo, which cut 4 per cent of its workforce at the end of last year, saw revenues fall to $308 million for the half year to December and earnings before interest, tax, depreciation and amortisation (EBITDA) fell by 27.7 per cent to $67.5 million. Prime Media's half year results will be released on Tuesday.

Seven chief executive James Warburton told The Sydney Morning Herald and The Age last week his company had no desire to be on the Board nor does he plan to make another bid for the group.

"We have an affiliation agreement. We don't want it and Bruce and the Cat can't have it," Mr Warburton said. "With Prime, we are being patient. It's not on the agenda over the next six to 12 months from a day to day perspective.

"We have other strategic priorities which we are pushing forward with now," he said, adding Seven's stake was about "optionality". Seven has a long-standing affiliate deal with Prime Media Group, which will conclude in 2023 while Nine's deal with Southern Cross Austereo and Network Ten's arrangement with WIN Corp will both conclude at the end of next year.

Mr Catalano said he was assessing all options on Prime and his shareholding.

"Those of us who voted against the scheme have been vindicated," Mr Catalano said. "We've got our 14.6 per cent and we are considering all options but importantly we are watching to see what the board does to improve shareholder value given a revived bid by Seven is highly unlikely."

Prime Media was at 15¢ a share at close on Friday.