WASHINGTON (AP) — Less than a month ago, Joe Biden's campaign was in free fall. Even after he mounted a comeback in South Carolina, he confronted the reality of competing in crucial Super Tuesday contests with little money and no discernible campaign infrastructure.

The former vice president swept to victory in Democratic primary contests across the country, from New England to the Atlantic seaboard swing states, from the Upper Midwest to the Deep South. His coalition was broad, with black voters, women, older and college-educated voters all drawn to his campaign.
Biden's stunning performance cemented a remarkable turnabout, remaking the Democratic presidential primary with head-spinning speed. A candidate once on the brink of collapse, Biden is now a favorite for his party's nomination.

"I'm here to report, we are very much alive," Biden declared at a raucous rally in Los Angeles.

California, the night's biggest prize, was one of the few states Biden lost to Vermont Sen. Bernie Sanders. But Biden picked off Texas, the second-biggest state up for grabs, as well as eight other contests. His victories in Virginia and North Carolina, two crucial general-election states, were particularly decisive. 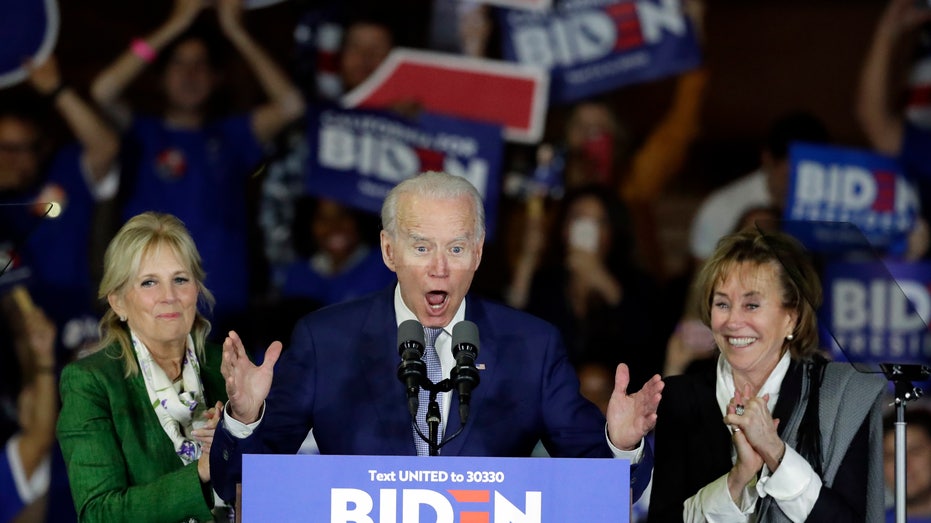 Biden's show of force puts him on a collision course with Sanders that will test who Democrats view as more electable in November. Sanders, a liberal firebrand, has spent decades calling for sweeping overhauls of economic and health care systems, while Biden, a moderate, is running less as an ideologue and more as a candidate who can reset the nation after President Donald Trump's divisive administration.

Sanders' fast start in this primary season — he won in New Hampshire and Nevada and effectively tied in Iowa — rattled centrist Democrats who fear he is out of step with vast swaths of the electorate and would not only cost the party the White House, but also the House and the Senate.

WHAT IS A BROKERED CONVENTION?

Many in the party quickly recognized that Sanders was benefiting from a crowded field of more moderate candidates who were dividing up the rest of the Democratic electorate. But it wasn't until Biden's commanding victory in South Carolina on Saturday that they began to see him as the best alternative.
The speed at which Biden's standing has shifted is virtually unprecedented in recent memory.

In the days since South Carolina, high-profile Democrats have flocked to Biden's campaign with dizzying speed, including several former rivals whose campaigns once appeared promising. Pete Buttigieg, Sen. Amy Klobuchar and Beto O'Rourke all endorsed Biden on Monday in a forceful show of party unity. 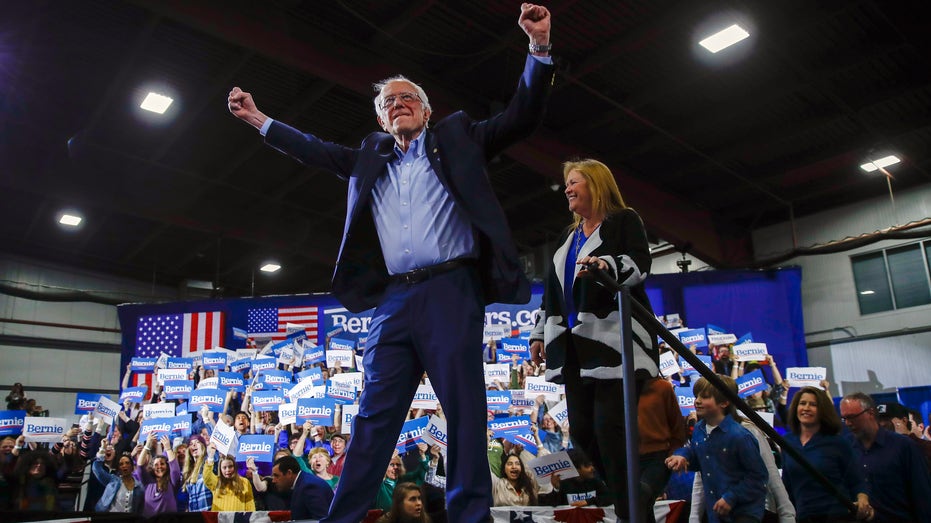 Much-needed money is also pouring in, including from some wealthy donors who have fretted for months about Biden's vulnerabilities coming off the sidelines. That influx of cash will allow Biden to build out the kind of campaign operations in upcoming states that he lacked in the Super Tuesday contests.
Indeed, the resource gap between Biden and some of his rivals on Tuesday was staggering, making his successes all the more striking.

In Virginia, a key general election state where Biden won by more than 25 percentage points, the former vice president spent less than $200,000 to Bloomberg's $12 million, the data shows.

MIKE BLOOMBERG SPENT THIS MUCH MONEY ON 2020 PRESIDENTIAL CAMPAIGN

Bloomberg ended the night without winning a single state, though he picked up a smattering of delegates. He planned to huddle with advisers in New York on Wednesday to reassess whether to press on with his campaign. 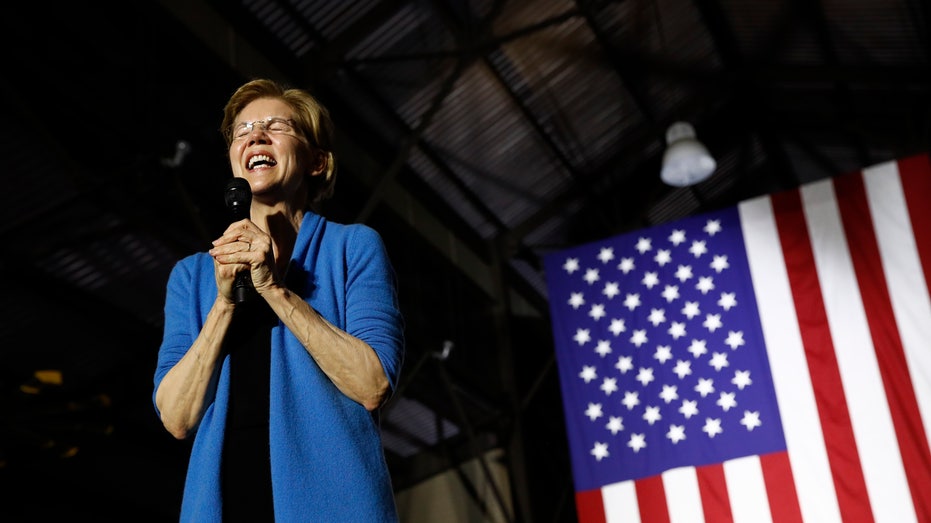 Also facing reality: Massachusetts Sen. Elizabeth Warren, who finished a disappointing third in her home state. Though she's vowed to take her campaign to a contested convention, it was unclear how she would justify continuing with little to cling to out of the Super Tuesday results.

That leaves Biden and Sanders, two white men in their late 70s, to battle it out to become the standard-bearer for an increasingly diverse party.

The race has echoes of Sanders' face-off in 2016 against Hillary Clinton, a more moderate candidate who was deemed a safer choice until her stunning loss to Trump in the general election. Sanders and his supporters are urging the party against taking a similar path this time around.

But Biden's surge has underscored just how many Democrats fear the prospect of a Sanders nomination. If Bloomberg were to drop out in the coming days, it's likely he would plunge his fortune into helping Biden and blasting Trump with millions of dollars in television advertising through the fall.

To be sure, Biden remains a candidate with risk. He has struggled to mobilize young voters and at times seems out of step with his party's energized left flank. He has also proven to be an uneven campaigner, often delivering unwieldy, rambling speeches.

But his vastly improved prospects appear to have refocused Biden. He was visibly energized as he blitzed the Super Tuesday states, relishing an outpouring of support from voters and party leaders who had appeared ready to send him into retirement just days ago.

"They don't call it Super Tuesday for nothing!" Biden exclaimed.