A new, eyebrow-raising report suggests the White House communications team has attempted to screen questions for press secretary Jen Psaki in advance of daily briefings, as media watchdogs caution that the Biden team will have to walk a fine line given the way reporters treated President Trump’s spokespeople.

Spectator USA editor Amber Athey, who used to be a White House correspondent for The Daily Caller, never experienced anything resembling what Biden’s communications staff has been accused of.

“The Trump administration certainly never asked me for questions in advance and I suspect there would have been universal outrage from reporters if they had done so,” Athey told Fox News. 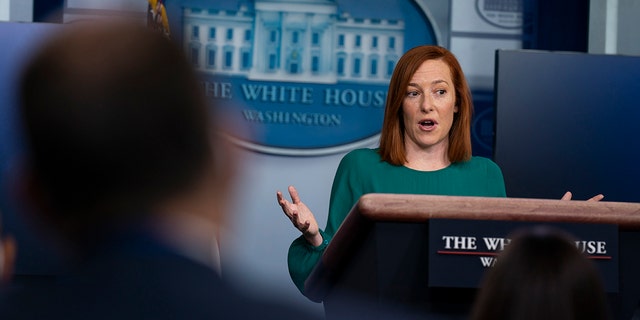 Reporters have reportedly gotten so frustrated by the practice that they’ve complained to colleagues.

“This is a totally normal procedure if you live in a banana republic, it’s absolutely unheard of in this country,” conservative strategist Chris Barron told Fox News.

BIDEN’S ‘NOTHING WE CAN DO’ CORONAVIRUS COMMENTS STIR CONTROVERSY

When reached for comment, a White House spokesperson provided Fox News with the same statement in the Daily Beast’s report.

“Our goal is to make the daily briefing as useful and informative as possible for both reporters and the public. Part of meeting that objective means regularly engaging with the reporters who will be in the briefing room to understand how the White House can be most helpful in getting them the information they need. That two-way conversation is an important part of keeping the American people updated about how government is serving them,” the White House spokesperson said.

Psaki, a former CNN pundit who is typically praised by the mainstream media, needs to tread lightly if she’s probing reporters for the wrong reasons, according to DePauw University professor and media critic Jeffrey McCall.

“The White House press office needs to balance this matter carefully. It does make sense, on one level, for the press secretary to be prepared in advance to best respond to topics on reporters’ minds. On the other hand, gathering questions in advance could well appear to veteran reporters that press secretary Psaki is pre-screening questions or pre-preparing spin,” McCall told Fox News.

“Every press briefing is a risk situation for the White House and Psaki should, indeed, want to be responsive and prepared for reporter questions. The key here, it seems, is whether this process is being used to stage the briefings or simply to prepare for them.”

McCall feels it would be excusable if reporters are asked for questions in advance “merely as a way to get a heads-up and gather information in advance” for the purpose of providing responsive answers. 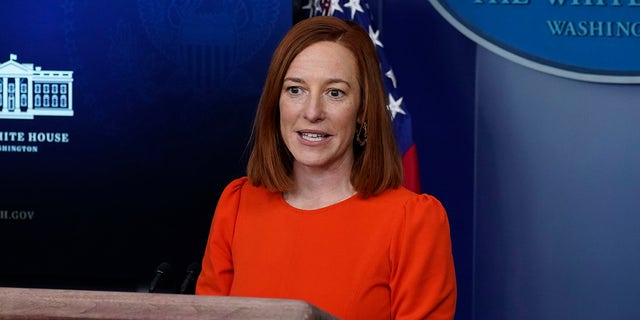 “If, however, the process is designed to duck the tough questions or prepare rhetorical cover, then the risk factor is eliminated and the pressers look staged,” McCall said. “The White House press corps should expect that they be allowed to ask questions that have not been screened in advance. That’s partly because reporters don’t always want to signal in advance what questions they want to ask, and partly because the ebb and flow of any presser creates opportunities for impromptu questions that would not have seemed obvious in advance.”

Media Research Center vice president Dan Gainor believes most White House reporters go easy on Biden and his team already, but knowing questions in advance is another way the administration could benefit from a cozy relationship with the media.

“The left demands 100 percent loyalty from the press, not the 99 percent they already get,” Gainor told Fox News.

“In this case, Jen Psaki needs all the help she can get,” Gainor continued. “It’s obvious she’s minor league even in the game of softball the press corps is playing with Team Biden.”

Back in 2009, then-CBS News White House Correspondent Chip Reid and columnist Helen Thomas got into a heated confrontation with then-press secretary Robert Gibbs when it was revealed that President Obama’s White House selected questioned for an online town hall.

Thomas chimed in, “I’m amazed at you people who call for openness and transparency.”

“When the Obama administration did that in 2009, at least they waited until mid-year,” Gainor said, noting that he doesn’t expect anyone to complain the way Reid and Thomas did over a decade ago.

“In today’s cancel culture, journalists don’t dare be open in their criticism, so that’s why this story is all whispers,” Gainor said.

The White House Correspondents’ Association did not immediately respond to a request for comment.