President Biden used the signing ceremony for his $1.2 trillion infrastructure bill on Monday to try to prod his Build Back Better initiative forward, featuring a Republican and one of the two moderate Democrats who have stood in the way of his $1.75 trillion social spending plan.

The ceremony on the South Lawn of the White House featured opening remarks from Sen. Kyrsten Sinema, D-Ariz., who along with Sen. Joe Manchin, D-W.Va., has raised questions regarding the price tag of Biden's Build Back Better act. 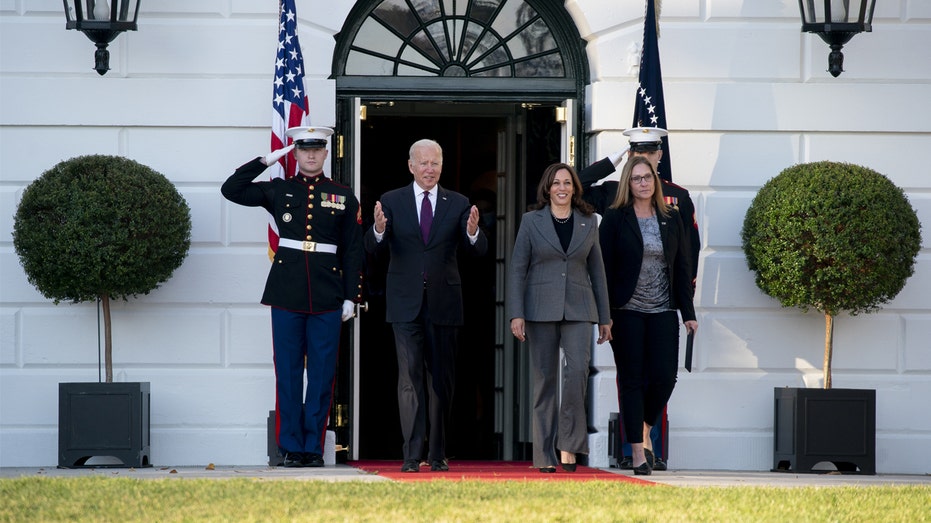 Sinema, who was one of the lead sponsors of the infrastructure bill and negotiated heavily in the Senate bipartisan infrastructure group, praised the legislation as "historic," saying, "Our plan will create millions of jobs and make our country stronger, safer and more globally competitive without raising taxes on everyday Americans."

Sinema then introduced Sen. Rob Portman, R-Ohio, who was among the 19 Republican senators, including Senate Minority Leader Mitch McConnell, R-K.Y., who voted for the infrastructure bill.

During his remarks before the formal signing ceremony, Biden complimented Sinema as "the most determined woman I know," perhaps a nod toward her resistance to embracing the social spending bill, and also lauded Portman as "one hell of a good guy." 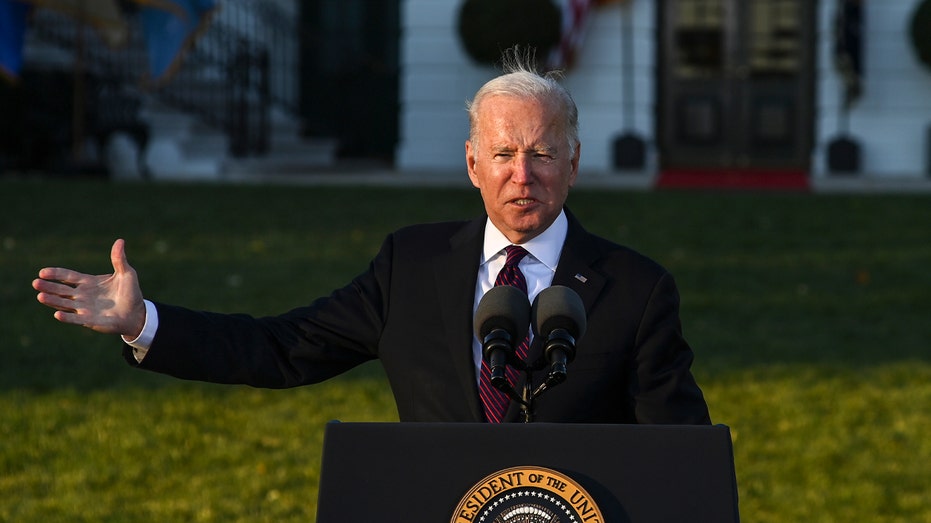 Biden emphasized bipartisanship during his remarks, presenting the infrastructure bill as an example of successful consensus.

MEET THE 13 REPUBLICANS WHO VOTED FOR THE INFRASTRUCTURE BILL

"Folks, too often in Washington, the reason we didn't get things done is because we insisted on getting everything we want, everything," said Biden. "With this law, we focus on getting things done. I ran for president because the only way to move this country forward, in my view, was through compromise and consensus. That's how the system works. That's American democracy." 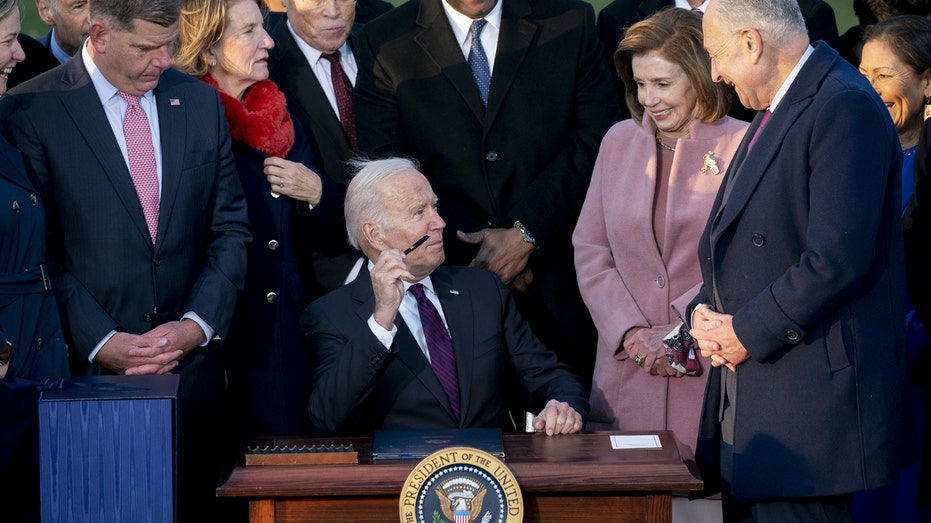 Biden also extolled the governors and mayors from both red and blue states who reached out to support his bill.

"Red states, blue states, you all contacted me. You all said you were for this. You all stepped up. And more than three hundred and seventy-five mayors, Democrat and Republicans, from every state and District of Columbia wrote me asking to get this done."

Biden’s Build Back Better Act is expected to be voted on in the House as soon as this week.