More Americans left Afghanistan Thursday as Qatar works with the Taliban to allow them to exit the country following the U.S. military’s withdrawal and the White House acknowledges the significant role the Middle Eastern country is playing in getting Americans out.

Qatari officials told the Associated Press that between 100 and 150 Americans will be leaving on a Qatar Airways flight out of the airport in Kabul. White House press secretary Jen Psaki said Thursday morning that Qatar is an important ally in the mission to get the remaining Americans out. Some Americans departed Kabul on a commercial flight Thursday, the AP reported.

“Our objective from the beginning has been to work with the Qataris, work with our partners in the region to get this airport operational, and get people who want to depart out of the country,” Psaki told MSNBC’s “Morning Joe,” referring not just to American citizens, but to legal permanent residents and those who fought alongside American forces during the 20-year war. “So that’s what we’ve been working around the clock to do.”

Psaki noted that the U.S. must “continue to press the Taliban to work with us to help people depart who want to depart,” and that the Biden administration and the global community will be monitoring the situation. She said Qatar has been “an important go-between with us with the Taliban,” and that “they’re one of the partners we’re going to be relying on to work to get people out who want to depart Afghanistan.”

So far, Psaki said, 124,000 people have been successfully evacuated from Afghanistan. She would not put a number on how many people remain, but she said there are those still in the country who may be eligible to leave who have yet to apply. She also said there are some, such as dual nationals, who remain undecided about whether to flee Afghanistan and the administration wants to give them the opportunity to exit should they remain now and later change their minds. 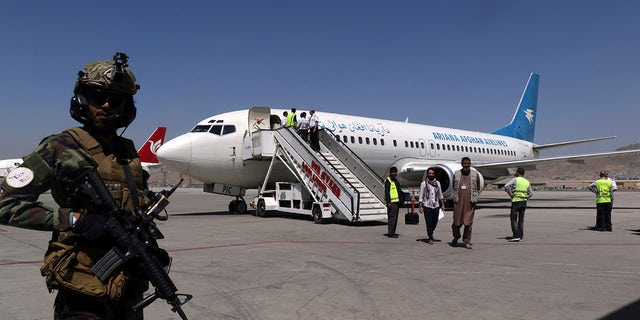 Psaki said Wednesday that the administration will not be permitting people leaving Afghanistan on charter flights to land at American military bases due to the lack of proper vetting.

Secretary of State Antony Blinken said during a news conference in Qatar on Tuesday that the issue of vetting passengers and following security protocols for those fleeing the Taliban’s control in Afghanistan is a “challenge.”

“Without personnel on the ground, we can’t verify the accuracy of manifests, the identities of passengers, flight plans or aviation security protocols,” Blinken said. “So this is a challenge, but one we are determined to work through. We’re conducting a great deal of diplomacy on this as we speak.”

Fox News’ Kyle Morris and the Associated Press contributed to this report.