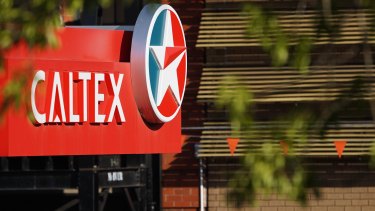 The bidding war for Caltex erupted on Wednesday after the fuel retailer revealed EG Group had submitted an indicative offer to acquire all of its shares under a scheme of arrangement that would split up the company.

EG’s offer includes $3.9 billion in cash for Caltex’s fuel retail outlets and shares in a new entity, tentatively called Ampol, that will control the fuel and infrastructure business and the group’s international trading and shipping operations.

“The effect of the proposal, if implemented, would be for EG to acquire Caltex’s retail business for $3.9 billion cash .. and for Caltex shareholders to receive approximately $15.52 cash and a security in Ampol for each Caltex share they hold,” Caltex said in a statement to the ASX.

EG Group, backed by TDR Capital, emerged as a potential bidder in January after Caltex rejected an initial unsolicited $34.50-a-share offer from Couche-Tard in December, saying the bid undervalued the company.

EG Group in October completed an acquisition of 567 Cumberland Farms convenience stores in the United States, bringing its US network to 1680 sites across 31 states. Earlier in 2019 the company sealed a $1.73 billion acquisition of supermarket group Woolworths petrol network in Australia.

Some industry sources believe the speculated takeover of Caltex by EG would likely run into regulatory hurdles due to the impact on competition of combining 540 Woolworths sites with more than 1900 Caltex sites.

The Australian Competition and Consumer Commission (ACCC) in 2017 blocked BP, an existing retailer in Australia, from acquiring the Woolworths network as a result of competition concerns.

But analysts have downplayed the prospect of competition concerns blocking a day, saying any potential concerns from the ACCC were "not necessarily a hurdle that can't be overcome".