Specialist baby goods retailer Baby Bunting has blamed softer than expected sales in the key December trading period for a 59 per cent slump in half-year profits.

In a statement to the ASX on Monday the company booked a 6.6 per cent growth in sales for the half to $254.9 million, but net profit after tax came in at $5.1 million, compared with $12.5 million last year. 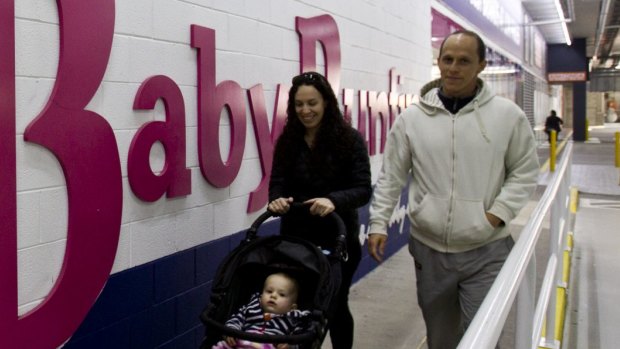 Chief executive Matt Spencer had flagged back in October that Baby Bunting’s gross margin had declined in the first quarter of 2023 for a range of reasons, including moving more of its products to its “every day low price” policy, as well as higher input costs like freight fees increasing.

The group’s loyalty program had also affected margins in the first quarter as customers redeemed rewards at a higher rate than the company had expected. The business has since tweaked the terms of its loyalty program.

On Monday Spencer told investors that reductions in international shipping rates would help margins in the second half.

However, he noted that the company’s overall half-year result was affected by “the combination of lower gross profit margin for the half and softer than anticipated sales in December”.

The company said in its announcement lodged with the ASX that the group’s sales growth in the second quarter was “below Baby Bunting’s expectations towards the end of the quarter”.

Spencer said must-have baby goods had continued to perform well over the half.

“Our core nursery categories, which are less discretionary such as car safety, prams and feeding, continued to perform well through the half and are an important part of Baby Bunting’s future growth,” he said.

The retailer’s profit numbers were also impacted by costs related to setting up its New Zealand business, where Baby Bunting is working towards opening ten stores.

The company is expecting conditions to improve in the second half, and is guiding to full-year net profits of between $21.5 million and $24 million.

Other retail brands had better news to share on Monday morning, with Supercheap Auto and Rebel owner Super Retail Group revealing sales had jumped by 15 per cent across its brands for the first half.

Chief executive Anthony Heraghty said the business had delivered an outstanding first half result, led by camping gear brand Macpac, which saw sales up by 55 per cent.

Heraghty said the strong trading over the Black Friday and Christmas sales periods had driven the company to a record sales performance in the first six months of 2023.

The group will report its audited half-year numbers in February.