Australia's biggest airports have managed to squeeze out record profits despite a dip in passenger growth, with the competition watchdog suggesting they could be benefiting from a monopoly.

And while the airports were able to maintain good customer service ratings, airlines have raised concerns over runway congestion and the adequacy of baggage facilities. 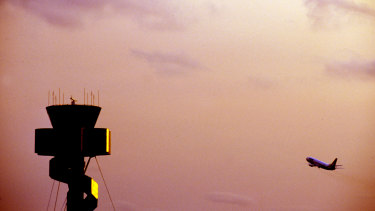 Sydney Airport's profits rose 4 per cent to $404 million while Melbourne jumped by 11 per cent to $194 million. Sydney's return on aeronautical assets was the highest since monitoring began, rising to 12.5 per cent, while all three other airports fell.

ACCC chair Rod Simms said the big four airports had managed to increase their aeronautical profit almost every year since the early 2000s.

"This may illustrate the benefit of being a monopoly," Mr Sims said in a statement on Monday.

"The fact remains that there is no other monopoly infrastructure in Australia which is exempt from processes to protect consumers against the exercise of market power," said former ACCC chair Professor Graeme Samuel, who is now chairman of  industry advocacy group Airlines for Australia and New Zealand, which represents Air New Zealand, Qantas, Regional Express and Virgin.

Profits slumped from car parking services in Sydney by six per cent to $91 million, still the highest in the country. Its profit margin on parking was almost 70 per cent.

The fall in car park profits comes as travellers use alternative methods of getting to the airport, the report said.

Mr Sims said there were several ways for customers to find more competitive rates on parking at the airport. 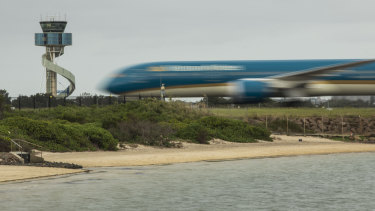 Sydney Airport’s profits rose by 4 per cent despite weakening passenger numbers, according to the ACCC.Credit:Dominic Lorrimer

"Last year, motorists who parked at an airport car park away from the terminal paid up to 60 per cent less than those who parked right at the terminal," he said.

He added drivers who pre-booked online saved close to 40 per cent.

All four airports maintained their overall service quality of "good", with Sydney and Melbourne airports both slightly improving. Sydney received its highest rating since ACCC monitoring began, while Perth continued to lead the pack.

Australian Airports Association chairman Tom Ganley said investment plans from the airports would continue to support new growth over the long term despite "the immediate challenges the tourism and aviation industry is facing".

"After years of investment in capacity, services and facilities, passengers are benefiting from more choice across their airport journey," Mr Ganley said.

Qantas last week announced it would cut flights across Asia by 15 per cent amid the coronavirus crisis, which it expected to tear up to $150 million out of its earnings for the year.

While the ACCC suggested airports could be turning profits from a monopoly, a Productivity Commission released last year found they hadn't "systematically exercised their market power" in commercial negotiations, aeronautical services or car parking.