AstraZeneca chief executive Pascal Soriot will leave CSL’s board just months after being appointed over fears of a potential future conflict of interest between the two biotechnology giants.

CSL advised investors via an ASX statement on Wednesday morning that My Soriot would be leaving the company’s board on February 1, citing AstraZeneca’s $50 billion purchase of global pharmaceuticals firm Alexion as a reason for the split.

Mr Soriot was elected to CSL’s board at the 2020 annual general meeting and was championed by CSL boss Paul Perreault for his level of global biotechnology experience. 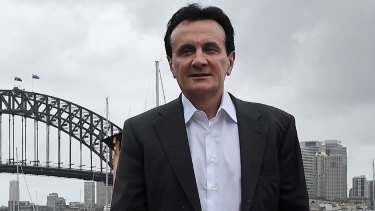 AstraZeneca CEO Pascal Soriot resigned from the CSL board after a mutual agreement to prevent conflicts of interest between the companies. Credit: Kate Geraghty

In a statement, CSL said Mr Soriot resigned from its board to “avoid any potential future conflict of strategic interest between CSL and AstraZeneca that may arise due to the acquisition of Alexion”. CSL shares opened down 1.2 per cent to $272.00 at 10:00am.

AstraZeneca announced its planned acquisition of Alexion for $US39 billion ($50.4 billion) in the second week of December, with Mr Soriot telling his investors the deal would “allows us to enhance our presence in immunology”.

Based in Boston, Alexion develops treatments for rare diseases including in the blood and heart conditions, where CSL is a major player.

CSL, which is producing doses of AstraZeneca’s COVID-19 vaccine in Australia, told investors last year that Mr Soriot’s appointment did not look set to create any conflicts of interest as the two companies had different strategic focuses.

Mr Soriot was not set to be directly involved in discussions about the AstraZeneca vaccine production and it was planned he would abstain from board issues where there was a potential conflict of interest.

CSL chair Brian McNamee said it was regretful that Mr Soriot’s tenure on the board had come to an “early close” but said the companies would continue to work closely on the COVID vaccine rollout.

CSL is currently producing the first of 51 million planned doses of AstraZeneca’s vaccine from its Broadmeadows and Parkville sites. The first doses are expected from late March this year, subject to regulatory approvals.