THERE’S a new man in the big chair at Aston Martin.

He’s called Tobias Moers. He was an absolute god at Mercedes-AMG, collects chainsaws and hates BS. 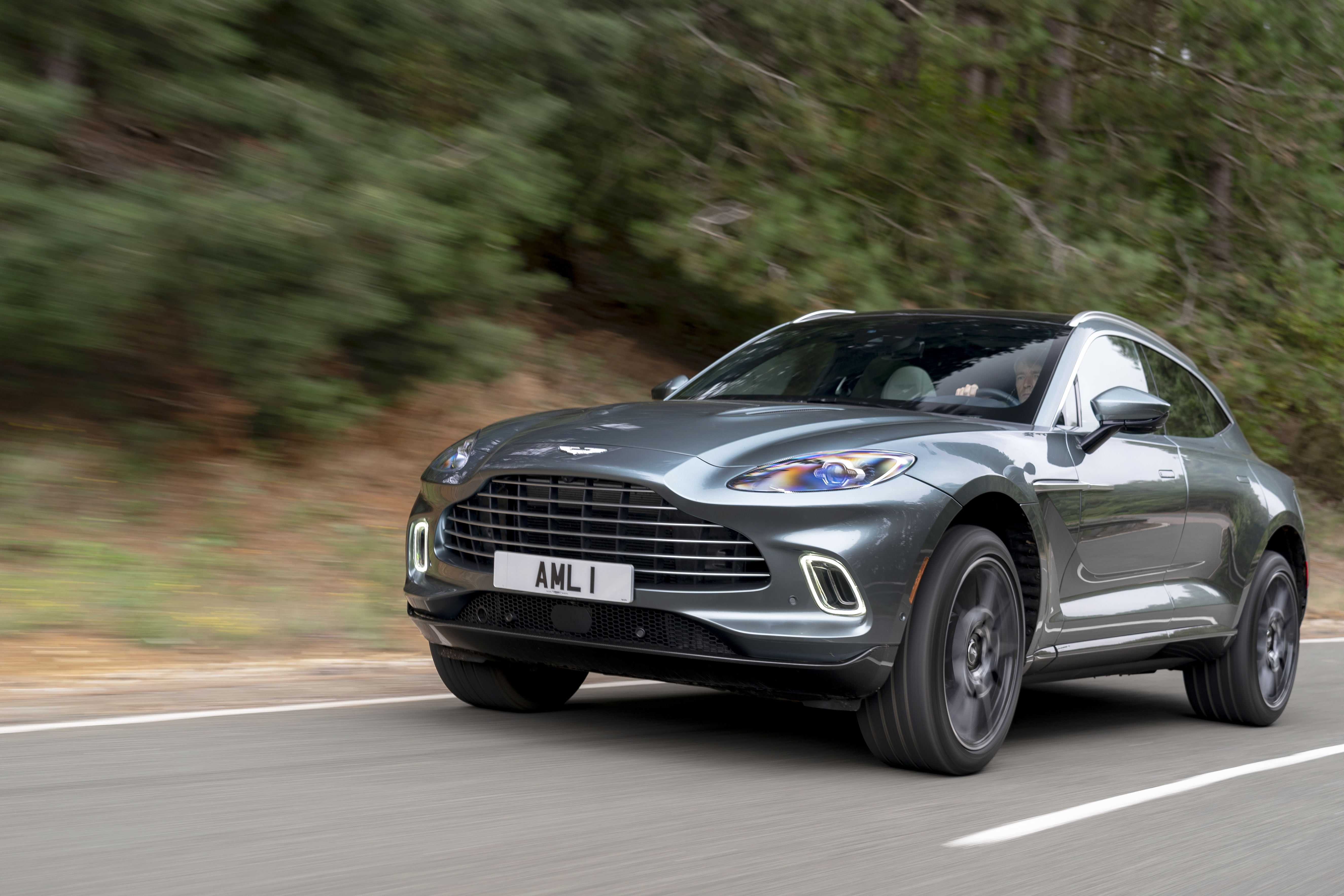 So I’ll give it to you straight, Tobias: The new DBX is brilliant but by no means perfect.

If this car is critical to the future of Aston Martin — and believe me, it is — you need to get on the blower to your old mates. Quickly.

But let’s start with the good stuff. For a big girl, the DBX looks sensational. Like a Vantage that has been left in a grow bag overnight. 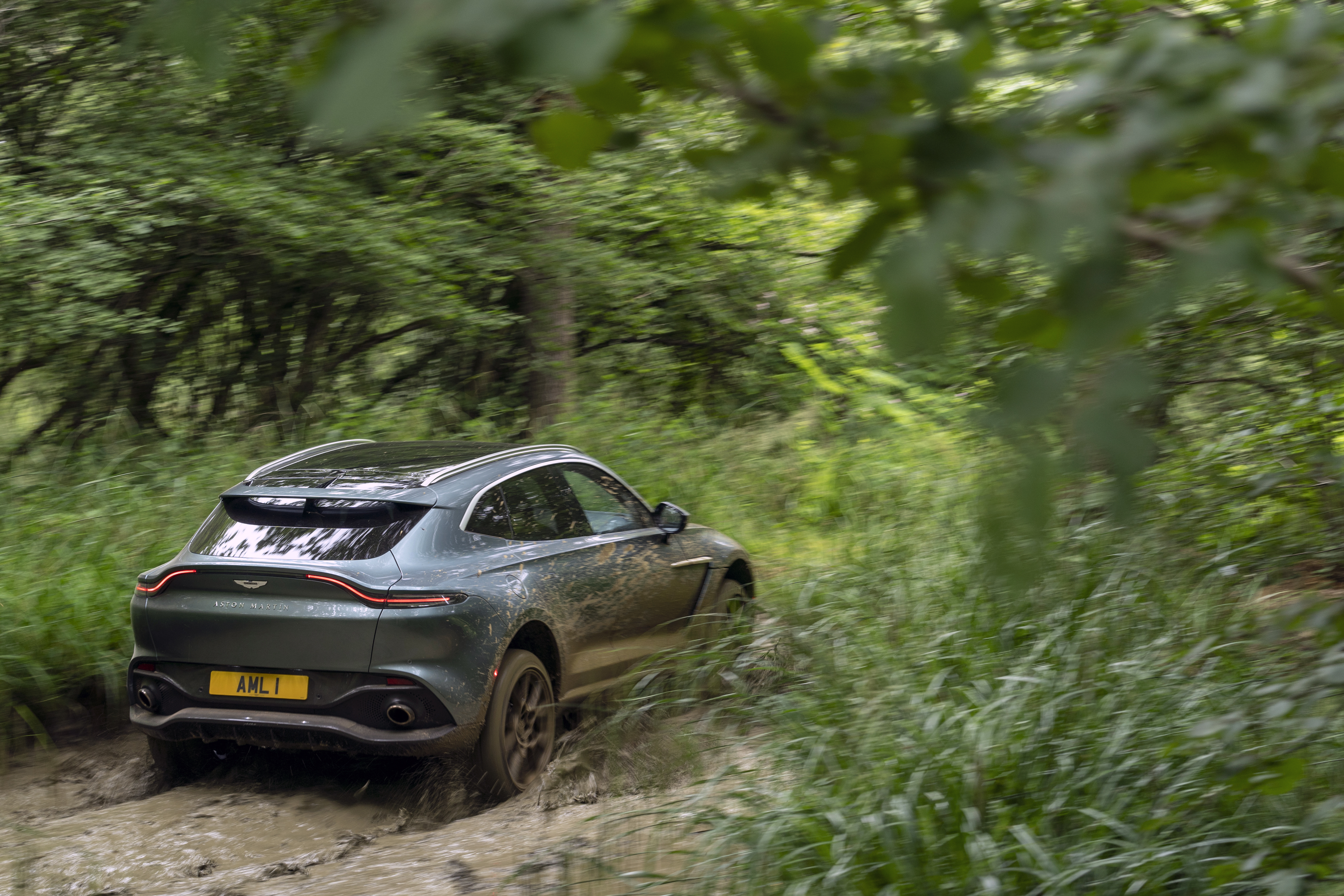 Top speed is 181mph. Fast enough for most people, then. And it sounds ace too.

Ride and handling are sublime, like an Aston sports car but sat higher. To top all that, this is the first Aston you can deliberately take off-road because it has full air suspension and trick 4×4 hardware, again lifted from Merc.

And it can wade in water up to half a metre deep. And it can tow 2,700kg. And carry another 100kg on the roof. You can option ski, gun and dog packs and goodness knows what else.

It’s not a proper mud-plugger like a Land Rover Defender but it doesn’t need to be. 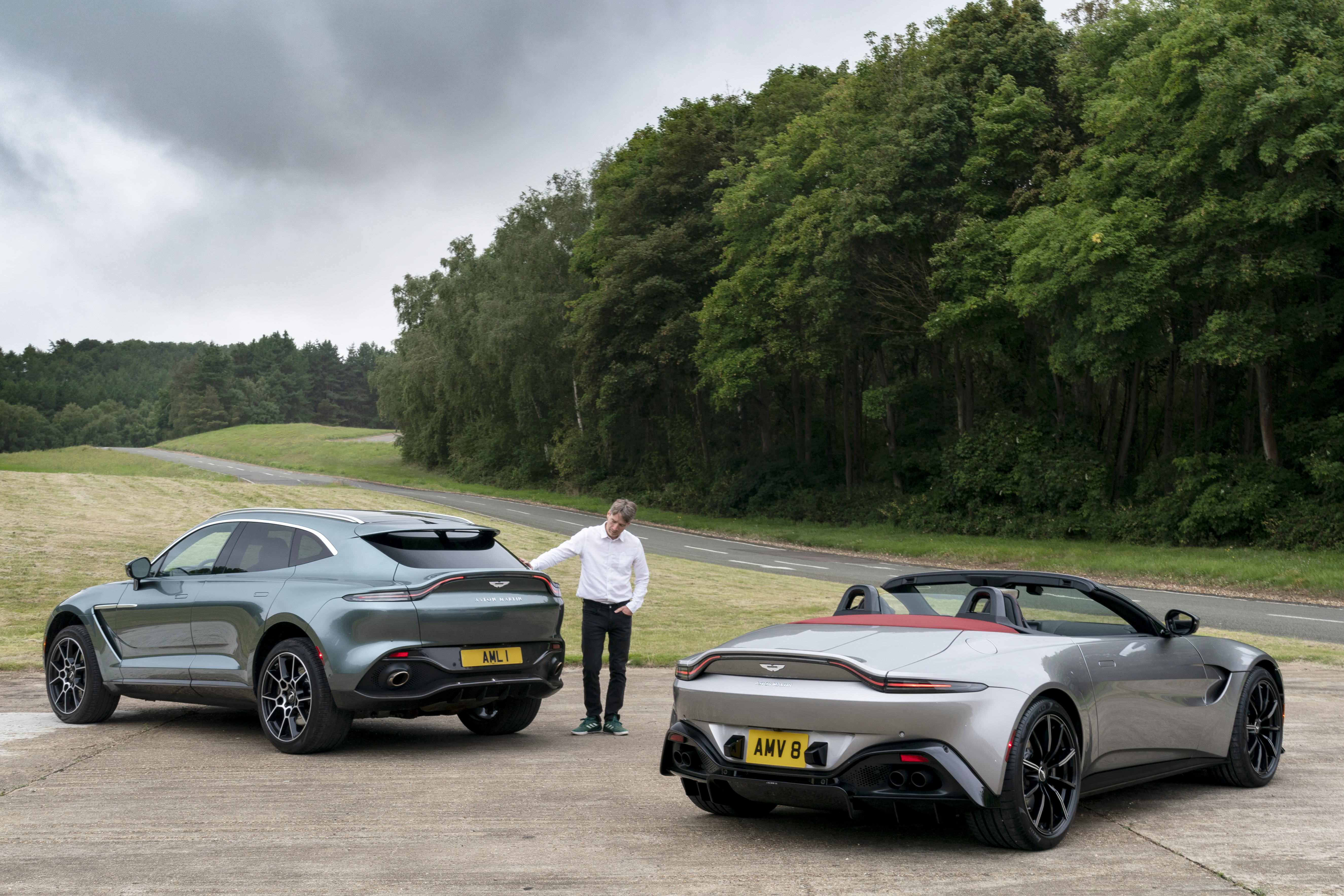 Note: Merc owns five per cent of Aston Martin and that’s why it supplies key components.

Now we come to the not-so-good stuff.

Climb inside the DBX and, yes, it is unmistakably an Aston. Soaked in leather. First-rate driving position. But just a little underwhelming.

Then you go for a drive and you start to notice all the little details. 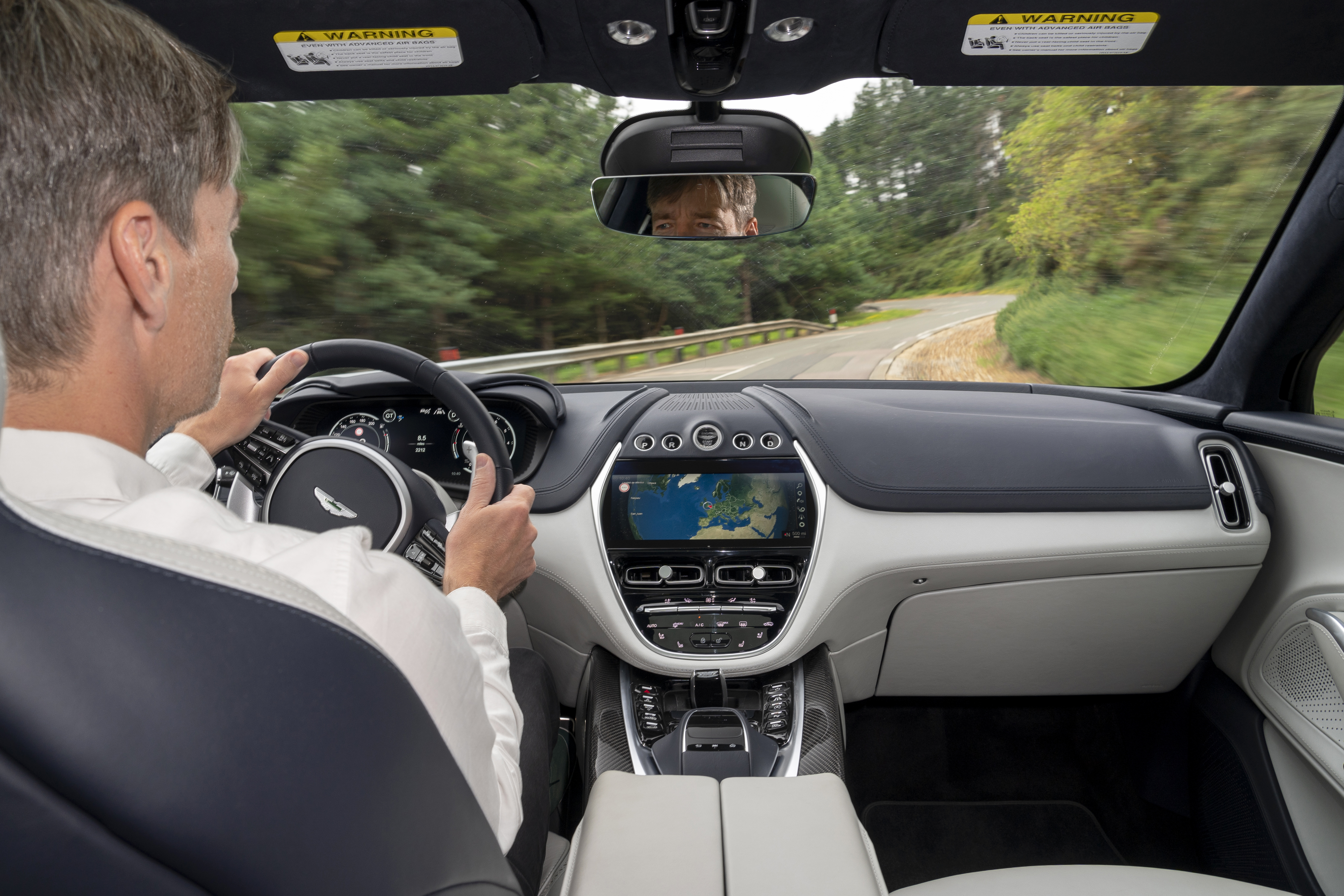 The cheap and flimsy buttons are a crime — that’s going back to the old days. Expectations are high for this car. And why no touchscreen or head-up display?

I mean, seriously? You can have all the latest tech in a hatchback but not in a hand-crafted £158k DBX?

It feels like a new car that’s five years old.

I repeat, the DBX is pretty and brilliant at the things you’ll want it for five per cent of the time: Going fast or going down a forest track. 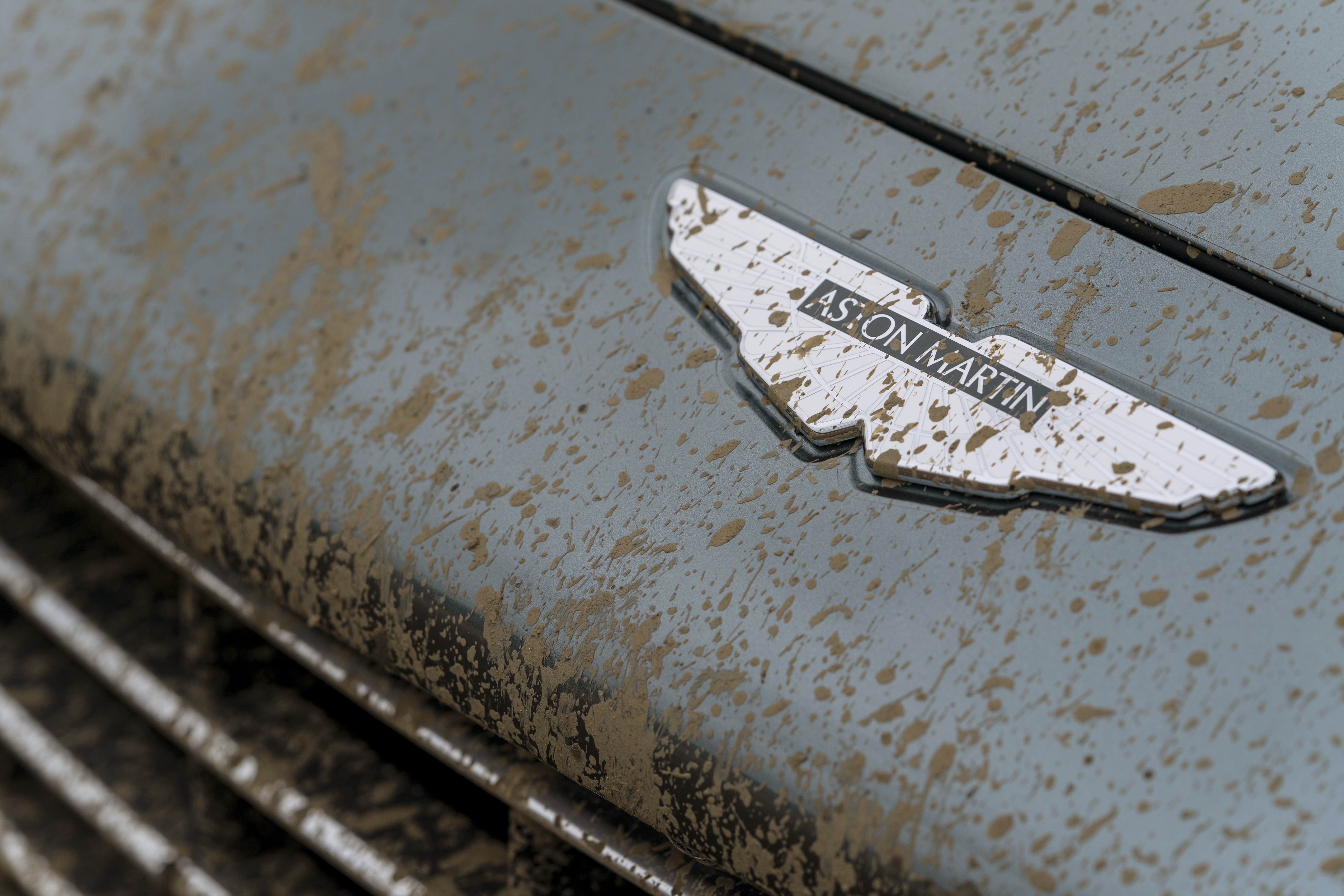 But it’s rubbish at the things you’ll want it for 95 per cent of the time: Simple tech for day-to-day living.

That said, I do like the little silhouette DB5s when setting the distance on the smart cruise control.

It is the epitome of British cool. And after more ups and downs than the Pepsi Max Big One, including a disastrous stock-market flotation, I’m delighted it is now owned by billionaire Lawrence Stroll.

This super-SUV has the potential to transform the company, just as we’ve seen with Porsche, Bentley, Lamborghini and Rolls-Royce.

And the early signs are good. Aston has 2,000 advance orders for the DBX.

It has opened a new factory in Wales to build them. And headhunting Tobias from AMG was a smart move.

He only started on August 1 and I can guarantee he’s already working on a DBX family. More extreme versions with more power. Six-cylinder hybrids. Long-wheelbase versions with rear-wheel steering and so on.

After the initial flurry of orders from Aston enthusiasts, he’s going to need more of everything to compete with the nuttiness of the Lamborghini Urus and the luxury of a Bentley Bentayga.

Monster gave Angel a life sentence but he'll be out in two years, say family

But his absolute priority now is to nail the quality and update the cabin tech . . . and maybe put a drive-mode controller on the steering wheel, like Porsche.

PS. I’ve got right to the end and didn’t mention “James Bond family car” once.