Apple CEO Tim Cook: Every child should be educated on coding

Apple CEO Tim Cook discusses how coding and creativity should be included in childhood education and shares his efforts on the Ed Farm program.

Apple CEO Tim Cook met with teachers and students in Birmingham, Alabama, on Thursday to lead the tech giant's expansion of an initiative to integrate tech-based learning in the local education system.

Cook's visit to Oxmoor Valley Elementary School occurred as Apple unveiled its Community Education Initiative in Birmingham, a comprehensive program meant to prepare students in select cities for advanced educational opportunities and the future workplace. Through a partnership with city and school officials and TechAlabama, the Apple-backed Education Farm will teach students in underserved communities how to code and boost learning through technology.

"The skills that people need as they graduate have changed," Cook told FOX Business Network's Susan Li. "We believe that every child should understand coding before they graduate, and so the act of bringing coding to schools in Birmingham City – big deal for us."

Cook spoke with the school's principal and sat in on a fourth-grade class as students used Apple's iPad as part of their lesson. To date, Apple has provided Birmingham City Schools with more than 400 devices for use in the classroom.

APPLE EXPANDING IN WORLD'S SECOND MOST POPULOUS NATION NEXT YEAR

Both teachers and students will have the opportunity to learn how to code with "Swift," Apple's coding language. Educational opportunities will also be made available to local adults interested in learning how to code.

Apple's Community Education Initiative previously launched at schools in Austin, Chicago, Nashville and several other cities around the country. 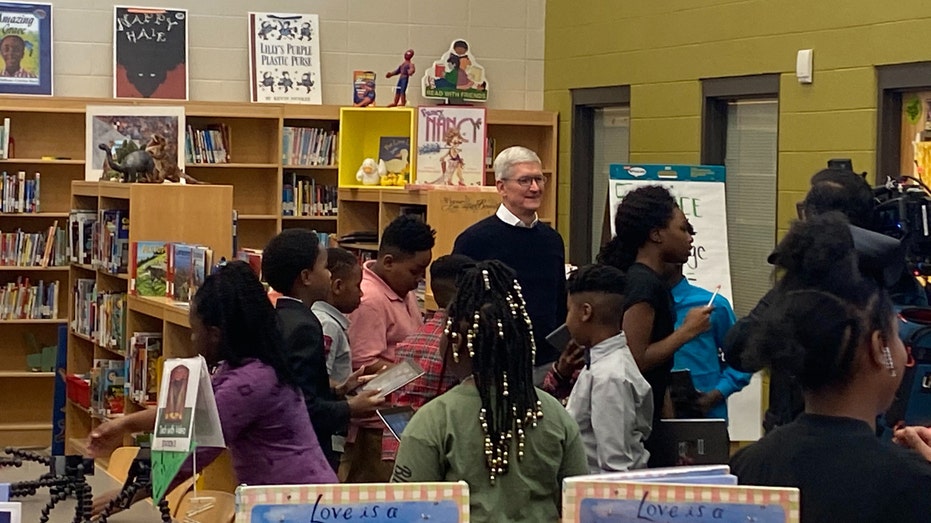 "With the support of Apple, the city of Birmingham, the school system and corporate partners like Alabama Power, we are experiencing a real and needed step change in educational outcomes," Anthony Oni, chair of TechAlabama, said in a statement. "What's being done here in Birmingham is transformational and can make a difference in how all schools incorporate creative innovation into education."

The school trip came as Apple contends with the ongoing impact of the coronavirus outbreak on its global operations. The iPhone maker warned earlier this month that it would miss second-quarter revenue guidance due to interruptions to its supply chain in China and lower consumer demand for Apple productions in the region.

Cook told FOX Business Network earlier Thursday that he was optimistic about China's efforts to combat the virus.

"It feels to me that China is getting the coronavirus under control," Cook said. "You look at the numbers, they're coming down day by day by day. And so I'm very optimistic there."