APN Property Group will provide this year's first test of investor appetite for neighbourhood shopping centres when it offloads the Woolworths-anchored Coburg Hill mall in Melbourne. 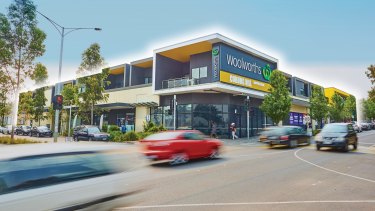 Expected to fetch around $25 million, the centre is held by APN in a single asset fund which had a forecast distribution yield of 7 per cent for this financial year. APN gave it a book value of $20.5 million at the end of last year.

The 4420 square metre mall is about10 kilometres from Melbourne's CBD and has the only full-line supermarket within its catchment. As well as a Woolies, it has seven specialty shops. They return a fully leased net income of $1,395,000 per annum.

The property will be sold through CBRE. Investor confidence in the non-discretionary retail market was still "strong," Justin Dowers said.

Woolies has 14 years to run on its 20-year lease.  The most recent shopping centre to sell in the area was Coburg North Village, which transacted on a record yield of 4.7 per cent for $47 million.

In another recent deal, Coles sold off its Boronia store and a Kmart in Melbourne's east in October last year for $34.25 million. That deal was struck on a 6 per cent yield to a private investor.

APN reported last week that its operating earnings had risen 33 per cent to $6.4 million first half to December. Statutory net profit at the group was up 190 per cent to $17.4 million.