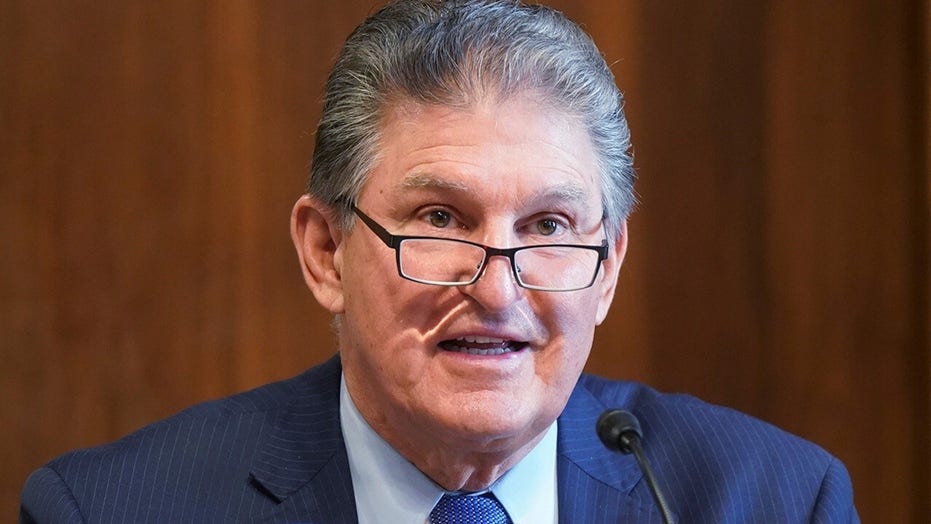 Former Sen. Joe Lieberman reveals the disconnect between voters and the woke wing of the modern Democratic Party.

As inflation surges and supply chains collapse, Sen. Joe Manchin, D-W.Va., stands as a thin blue line between the American people and economic disaster. The West Virginia Democrat is—save perhaps his independent-minded colleague from Arizona Sen. Krysten Sinema—the only one protecting the American people from his Party’s fiscally reckless and economically dangerous $1.75 trillion reconciliation package. Democrats should be thanking him, instead of vilifying him, for restraining their worst impulses.

Manchin held a press conference a week ago during which he said he will not support the “Build Back Better” plan President Joe Biden and progressive Democrats are desperate to pass until there is “greater clarity” about how it will impact the economy and national debt. His words resonate across party lines and make him a voice of reason within the Democratic Party.

He also blasted the progressive wing of the party for holding hostage the bipartisan infrastructure deal in an attempt to force passage of the Build Back Better plan. “This is not how the United States Congress should operate or in my view has operated in the past,” Manchin said. “The political games have to stop,” he insisted, and added that “holding this bill hostage is not going to work in getting my support for the reconciliation bill.” 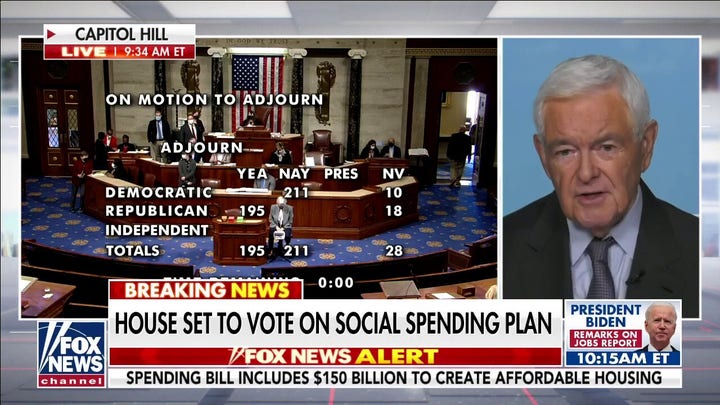 Manchin’s party would be wise to take heed of his legislative prudence and distaste for its progressive radical wing. Just one day after Manchin’s press conference, the left wing of the Democrat Party faced electoral humiliation. Former Democrat governor of Virginia Terry McAuliffe lost to Republican challenger Glenn Youngkin, thanks in large part to the former’s vocal support for critical race theory. The Virginia House of Delegates also flipped red.

In New Jersey, Democratic Gov. Phil Murphy nearly lost to his Republican challenger. And in numerous cities with local elections between Democrats or independents only, or in which voters were deciding on local ballot initiatives, far-left progressives found themselves defeated time after time, place after place.

Despite the myriad excuses Democrats will concoct in their efforts to explain away the serious licking their party took on November 2, the reality is crystal clear: The radical, extremist direction in which the Democrat Party is heading is as unpopular with the American people as it is with Joe Manchin. 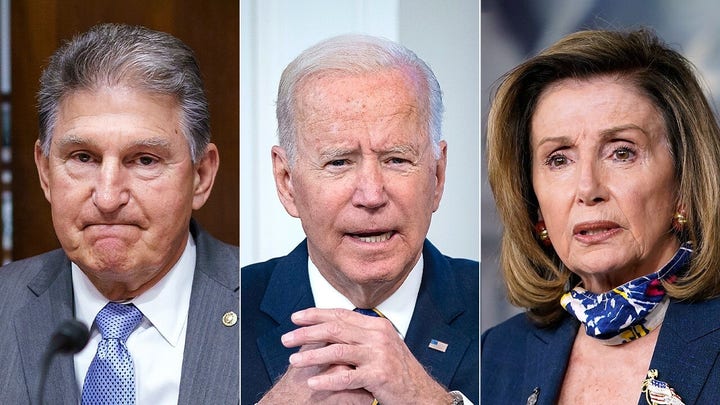 Although the latest iteration of Biden’s $1.75 trillion plan is far less than the original $3.5 trillion spending bill favored by the extreme progressives, it would still be the largest expansion of the welfare state and big government in decades.

Despite its name, the proposed spending bill isn’t focused on restoring American economic strength post-COVID lockdowns nor on building back anything better at all. It’s about fundamentally transforming our nation’s society and economy—twisting the free America we all know and love into a depressing and dysfunctional dystopia.

The bill is in reality little more than a big government socialist wish list. It includes plans for massive expansions of Medicare and Medicaid, universal socialized pre-school, billions allocated for housing, and funding to accelerate clearing a backlog of nine million visa applicants. The bill also includes a $555 billion plan—that’s more than half a trillion dollars—to incentivize green energy production and destroy the fossil fuel sector that drove down energy prices and made us energy independent under former President Donald Trump. 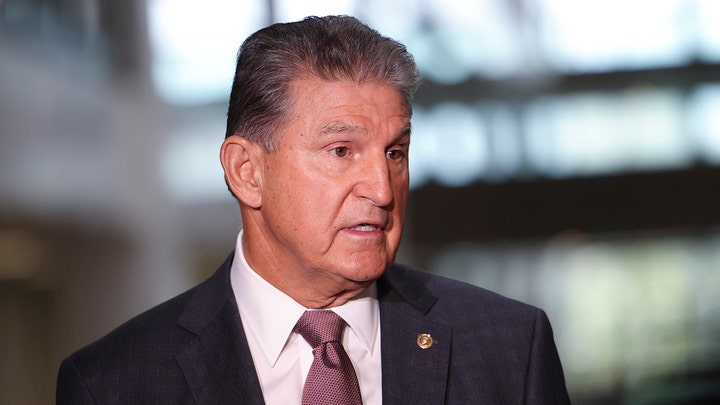 Sen. Manchin should be applauded for his wise skepticism of the $1.75 trillion reconciliation bill. The U.S. budget deficit hit $2.8 trillion in 2021 and, although that’s down from 2020’s deficit, it’s still the second-highest budget deficit on record. Just a few years ago even Democrats were critical of our $1 trillion dollar annual deficits. By comparison, those deficits seem paltry today.

It is foolish and irresponsible for federal government spend another $1.75 trillion taxpayer dollars on a package of ideologically-motivated progressive plans—the true costs of which are, as Manchin pointed out, unclear.

The reconciliation bill relies heavily on what Manchin accurately identified as “budget gimmicks” to keep the headline price tag artificially low. Without these gimmicks, the true cost of the legislation is roughly twice the amount the left is publicly claiming—in other words, it’s essentially the same $3.5 trillion price tag that Manchin previously rejected.

Sen. Manchin is right to call out the far-left’s fiscal irresponsibility and budgetary chicanery. The American people should consider themselves fortunate that there’s still a voice of reason restraining the Democrat Party from using its razor-thin majority in Congress to shove its progressive agenda down the country’s throat. The path to big government socialism apparently will not run through West Virginia.