AN ANCIENT carving of a warrior with a voluptuous rear end has been uncovered in Scotland.

The mystery figure is seen wielding a spear – and experts believe he may be wearing a pair of "tight leggings". 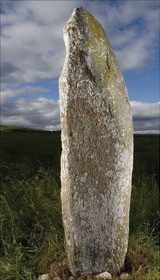 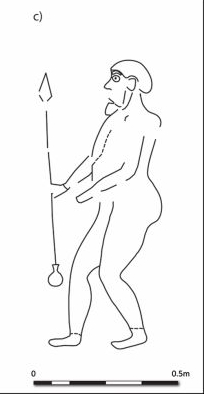 He's engraved into one side of the Tulloch stone, a curious "monolith" lost to history until its recovery in Perth in 2017.

The carving was too faint to describe at the time, but researchers have now used imaging tech to map out the original design.

This revealed an ancient depiction of a warrior, which may have been used as part of a burial ritual or custom.

Perhaps his most striking feature is the "pronounced buttocks", archaeologists from the University of Aberdeen say. 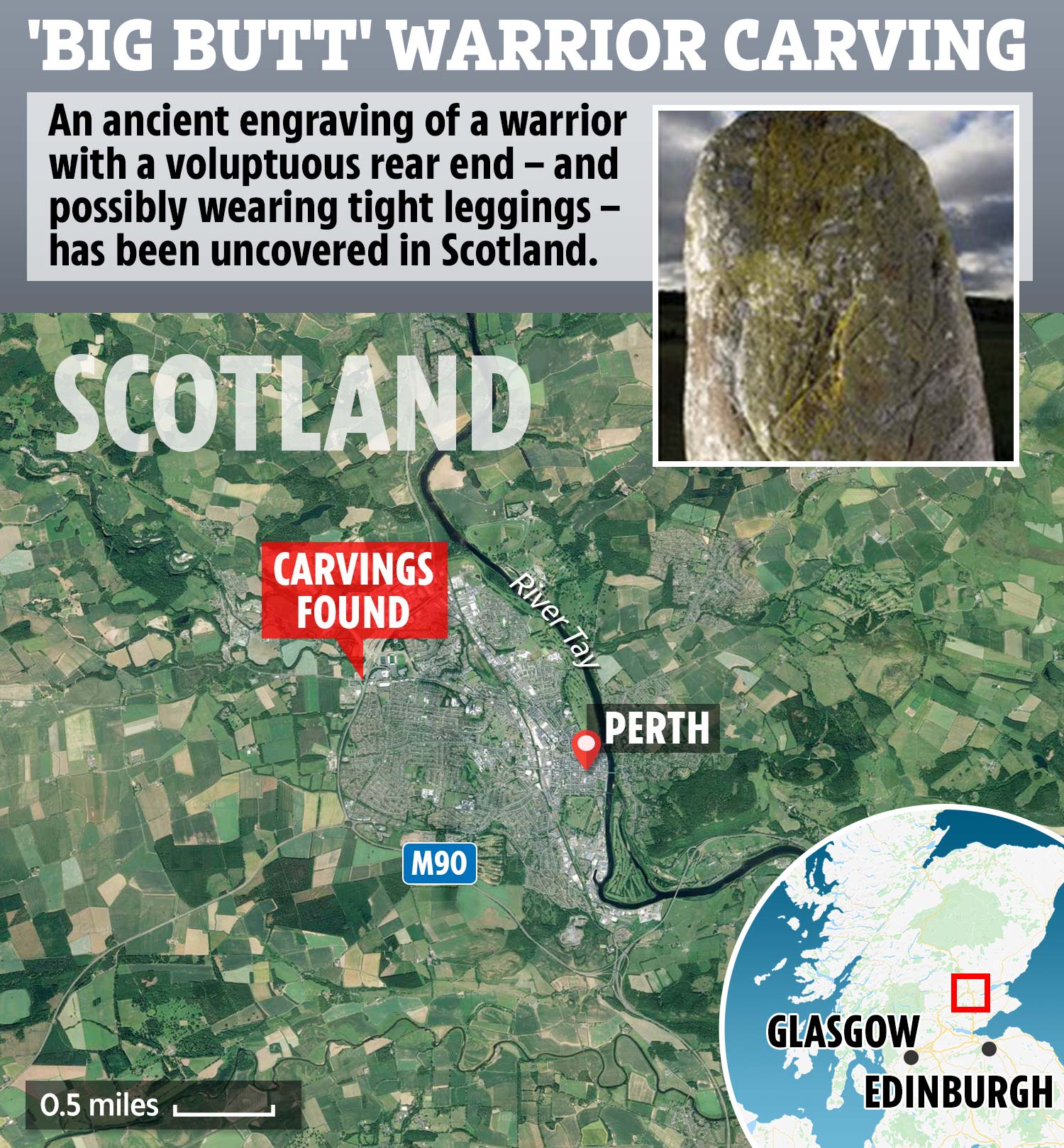 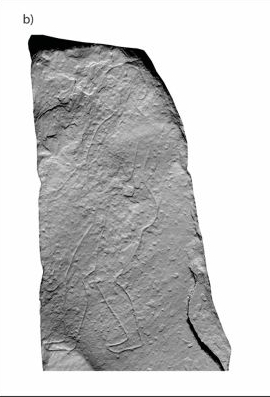 The Tulloch stone was uncovered during construction of a new road on Perth's north-west side.

It stands roughly 6.4 feet tall and 2.3 feet wide, and is believed to be Pictish in origin.

One side has a very clear depiction of a man with a shield, but the carving of the spear-man on the back-side is very faded.

Researchers used 3D imaging and captured hundreds of photos from different angles to uncover the carving.

"The figure carries in its right hand a spear with a kite-shaped blade and a doorknob-style butt," the study authors said.

It's possible that the warrior is depicted naked.

But faint lines near the ankles lead scientists to believe the subject may have simply donned a fetching pair of tight leggings.

"The individual's distinctive head shape probably indicates an elaborate hairstyle rather than a helmet or other headgear," the researchers explained.

"The torso is robust and the buttocks pronounced.

"The naked appearance is ambiguous in that faint lines at the ankles may suggest footwear or tight leggings." 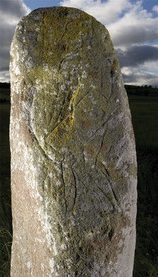 Who were the Picts?

Here's what you need to know about the Pictish people…

The carved monolith was found buried near a ring ditch.

It's believed to have been accidentally shunted out of position during the construction of Perth's McDiarmid Park football stadium in the 1980s.

"The ring-ditch was approximately 10m in diameter, with no obvious entrance," the study authors wrote.

"Associated cropmarks show a possible central feature that may have been a burial.

"Plotting the stone's findspot indicates that it probably stood near the perimeter of the ring-ditch before it was displaced."

This discovery was published in the journal Antiquity.

In other news, the posh grave of an Iron Age "warrior" buried 2,000 years ago in Roman Britain has been uncovered.

The graves of 50 slaves who were forced to build an elite Roman villa in the UK were recently unearthed.

Bronze Age poo from "Britain's Pompeii" reveals how locals were riddled with parasites.

Ancient Chinese people gave their babies coneheads by ‘moulding their skulls’ to show off how rich they were.

What do you make of this ancient warrior? Let us know in the comments!