Amazon revealed a sharp slowdown in growth and warned it faces billions of dollars of extra costs as the world’s largest online retailer was hammered by the chaos gripping global supply chains.

Sales rose by 15 per cent in the third quarter of the year to $US111 billion ($147 billion), the company said – a significant decline from the 27 per cent growth in the previous three months and smallest increase since 2014. Profits fell from $US6.3 billion to $US3.2 billion, the first drop for more than a year. 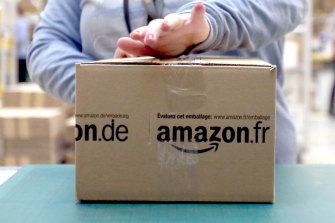 Amazon revealed a sharp slowdown in growth and warned it faces billions of dollars of extra costs.Credit:AP

Amazon warned growth will slow steeply again in the crucial Christmas period and raised the prospect of its first quarterly loss since 2015.

It came as Apple also disappointed investors by missing sales forecasts as it deals with a backlog of orders.

The shares fell in late trading, meaning that Apple is poised to be replaced by Microsoft as the world’s biggest company.

Andy Jassy, the new chief executive of Amazon, said the business is facing “several billion dollars of additional costs” due to a cocktail of problems in its supply chain and surging inflation.

He said a tight labour market, higher wages, supply chain disruptions and increased shipping fees would all hit profits in the coming months, but pledged to limit the impact on consumers. Mr Jassy said: “It’ll be expensive for us in the short term, but it’s the right prioritisation for our customers and partners.”

Amazon predicted that growth would slow again in the coming months, with revenues climbing by as little as 4 per cent in the crucial Christmas quarter in what would be its weakest figure on record.

The company said that operating profits would be between $US0 and $US3 billion, meaning Amazon is at risk of posting its first loss in six years.

The sales figures, and disappointing forecasts, sent Amazon shares falling by 5 per cent in after-hours trading in a drop that knocked almost $US90 billion off its value. 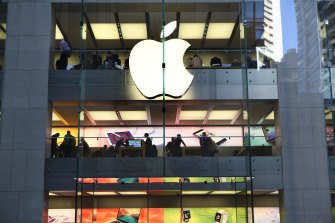 Apple also disappointed investors by missing sales forecasts as it deals with a backlog of orders.Credit:James Alcock

The company has faced questions about whether the online retail boom it benefited from last year would continue as high streets and shopping centres reopen.

Amazon is seeking to hire another 250,000 workers around the world before Christmas to help it meet demand for deliveries.

It was the first set of quarterly results posted by Amazon in the company’s 27-year history without Jeff Bezos as its chief executive. Mr Jassy took over in July after serving as head of its profit-spinning cloud division AWS. Mr Bezos, the world’s second-richest person, became executive chairman.

Mr Bezos stepped down as chief executive to focus more time on endeavours such as his space company Blue Origin, which sent the 57-year-old into orbit in July just weeks after he relinquished his post.