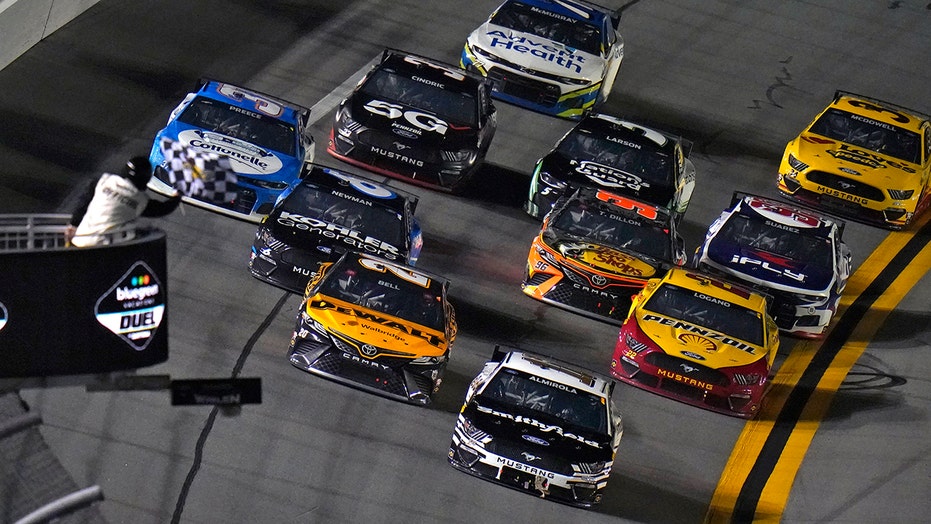 What should have been a tune-up for the Daytona 500 might have cost Hendrick Motorsports the front row for NASCAR’s version of the Super Bowl.

Alex Bowman and William Byron were slated to lead the Daytona 500 field to green but that’s in danger following Thursday night’s qualifying races. Bowman had an engine problem in the first 150-mile race and, if his motor needs to be changed, he’ll forfeit Sunday’s pole. 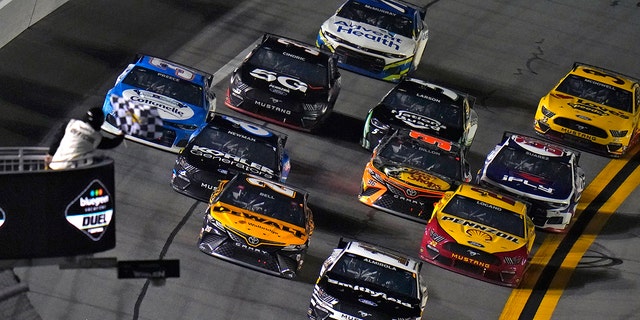 Byron was collected in a crash in the second Duel and it ruined his Chevrolet. He needs to move to a backup car for the 500 and the swap sends him to the back of the field.

Aric Almirola won the first race. After a rain delay pushed the second Duel into a Friday morning finish, Austin Dillon used a cross-over move on Bubba Wallace to beat Wallace to the checkered flag.

Almirola in a Ford is slated to start behind Byron but will slide up to the front row when Byron falls to the back. Dillon in a Chevrolet will wait to see if Hendrick changes Bowman’s engine this weekend.

Austin Cindric and Kaz Grala both earned their first berths into the Daytona 500 by claiming the two available transfer positions in the Duels. Ty Dillon, Timmy Hill, Garrett Smithley and Noah Gragson all failed to advance.

Byron also was caught in that crash.

Bowman sensed a problem with his engine and rather than push it too far, he drove to pit road during the first race to give his No. 48 crew a chance to save his pole-winning run.

“I don’t want to keep running it,” Bowman radioed.

The team got his car back on track but must decide if it needs to make a pre-emptive engine change or gamble the one in the car now can go the distance Sunday. Winning the 500 pole is prestigious but actual starting position matters very little in a 500-mile race at Daytona.

“I feel like we did a good job understanding it and hopefully we are able to diagnose it and make sure everything is good,” crew chief Greg Ives said of the work ahead.

Meanwhile, Wallace in his debut for the new 23XI Racing team owned by Michael Jordan flirted with his first win in a Cup car. He was the leader on the final lap of the second Duel until Dillon crossed to Wallace’s inside and inched ahead.

Wallace tried to hold it steady but wobbled after banging doors with Dillon.

“Good debut but nothing to be really happy about myself,” Wallace said. “It’s OK for drivers to be hard on themselves — that’s how we motivate ourselves. I know I’ve got a lot to learn here.”

Cindric and Grala both got into their first Daytona 500 through NASCAR’s quirky qualifying for its biggest race of the year. The race had 48 entrants for 40 slots, but all but four are claimed by teams with guaranteed entry.

It pitted eight drivers for four spots, with two awarded to David Ragan and Ryan Preece in Wednesday’s time trials. The other two spots were open to the highest-finishing “open” cars in each Duel — unless the highest finisher was Ragan or Preece.

Preece passed Ty Dillon in the final stretch of the first race, and even though Dillon finished sixth out of 22 cars, the transfer spot dropped to Cindric based on his qualifying speed from a day earlier.

“Some days it’s your day, I guess,” said Cindric, who found Dillon on pit road and shook his hand after the finish.

Grala’s transfer was similar as Ragan was the highest-finishing open car in the second Duel, and Smithley and Gragson were part of the wreck that collected Byron.

Almirola won his first career race at Speedweeks and the Tampa Bay native noted its been a good week; The Buccaneers won the Super Bowl and Almirola thinks he’s got a shot at winning NASCAR’s version of the Super Bowl.

“This thing was a hot rod. Our race car is so fast,” Almirola said. “We’ve got an incredible race car and I can’t wait for the Daytona 500.”

Here is the tentative starting lineup for the race: