Coal is closing. For those that have doubted, the recent announcements by AGL and the Queensland government finally clarify where Australia is heading. Societal pressure may have initiated the process, but economics could well now accelerate it. The increasing costs of last century’s centralised thermal generation are no match for low to zero marginal cost renewables.

As the world’s electricity utilities race to decarbonise their generation assets, they are also navigating the technology megatrends of decentralisation and digitalisation of the energy markets. Many in the telecommunications and tech sectors claim to have seen this movie before. Our homes and businesses over the past 20 years have gone from being a market for one to multiple retail plans enabled by decentralisation and digitisation. 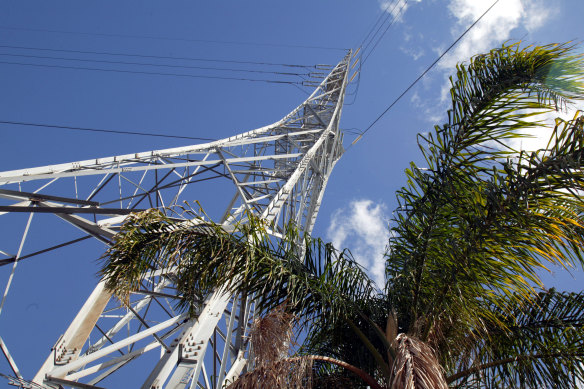 Traditional and typically national telecom utilities, which have had legacy costs of centralised analogue technology, have struggled to compete with the global tech sector’s ability to scale digital platforms that directly reach consumers, like renewable energy at almost zero marginal cost.

Perhaps more than data, electricity is the ultimate fungible commodity, meaning as oligopolistic market structures break down, customer focus becomes key. Electricity is traded at the speed of light with laws of physics demanding a seller can only enter the market if there is a buyer. This leads to rapid changes in the price of wholesale electricity as supply and demand ebb and flow but need to be constantly balanced by the Australian Energy Market Operator (AEMO).

Some say this presents a challenge for variable solar and wind generation but with the growth of distributed battery storage – whether it be for electric vehicles, home or commercial solar, it can be an opportunity. A typical electric vehicle with a 70 kilowatt-hour battery and 5-10 kilowatt-hour grid connection point offers the market 7 to14 hours of storage to balance supply and demand. Couple this physical market solution with smart technology and consumers become active electricity market participants.

And it is not just distributed batteries that can benefit consumers while supporting a stable and reliable electricity supply. Water heating, airconditioning, pool pumps and many industrial processes all can be managed directly through smart technology to allow demand to follow variable renewable supply; each appliance potentially having its own separate retail plan. Australia’s electricity market is transitioning from competing to serve 10 million-plus physical locations to hundreds of millions of separate controllable smart devices.

While the regulatory environment presents short-term barriers, the long-term trend for electricity networks to evolve into sophisticated trading platforms is clear. AEMO forecasts that the growth in “orchestrated” distributed storage capacity will exceed the decline in centralised thermal generation. Distributed storage also unlocks physical limits on roof-top solar by allowing it to be generated and stored in local area networks all enabled by digital technology. Access to the customers and the best fleet of user-friendly algorithms and smart appliances will be as important as having lowest cost generation.

Electrification of transport, heating and cooling will unlock significant consumer investment that can be enabled by integrated approaches to finance and electricity supply. Tech companies unencumbered with the cost of transitioning from high to low carbon generation are rapidly emerging as solution and service providers leveraging customer investment in decentralised generation.

Can traditional energy utilities evolve and retain their customer base faster than tech companies can integrate into energy markets and take them? If they can, they will create significant value for stakeholders. The race is on.

Mark Twidell has worked in the renewable energy industry for more than 30 years in industry and government leadership roles, most recently as director of energy programs for Tesla based in Australia. He has served on the boards of the Australian Renewable Energy Agency and the Clean Energy Council. He is a candidate to serve as an independent non-executive director for AGL to be considered at their f oming AGL on November 15.