Aged care operator Regis Healthcare has uncovered staff underpayments that could be potentially as high as $40 million over six years because employee entitlements were recorded incorrectly in its payroll system.

The $630 million company, which owns residential care and retirement villages across Australia, told investors on Monday morning it was working with external advisors on a comprehensive review of payroll data to work out exactly how much it owed to staff. 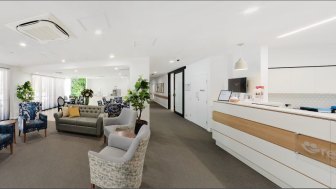 “While this review is on-going, based on preliminary analysis, Regis estimates that potential underpayments due to current and former employees (looking back six years) could be in the range of $30-$40 million,” the company said in a statement to the ASX.

Regis said it had initially identified incorrect payments to current and former employees because some details of employee entitlements owed under enterprise agreements had been “recorded inaccurately in the payroll system”.

The situation is expected to have a $6 million to $7 million impact on the company’s profit before income tax in its upcoming full year financial results, which will be revealed on August 31.

Regis chief executive Linda Mellor said the company was upgrading its payroll systems and reviewing processes to make sure errors did not happen again.

“While we are deeply disappointed this has occurred, our priority is to identify the amounts owed to our people and paying those amounts as soon as our review is complete,” she said.

Regis has disclosed the details of its payments review to the Fair Work Ombudsman.

The company’s staff have faced a challenging 12 months as the aged care sector faced multiple outbreaks of coronavirus across the country.

The Regis board strongly rejected these proposals, telling shareholders that offer prices of $1.65 and $1.85 per share were opportunistic and undervalued the company.

Regis shares closed at $2.10 on Friday, and are up 8.8 per cent over the past month. The stock jumped on the news that fellow ASX-listed aged care company Japara had accepted an acquisition offer from not-for-profit Catholic health provider Calvary.

The deal sent aged care stocks across the ASX flying, with Estia shares up 3 per cent over the past month.