ABC news and investigations head Gaven Morris has announced he will leave the national broadcaster when his contract expires.

Mr Morris, who started as a reporter at the ABC in his early 20s, has led the news division since 2015. 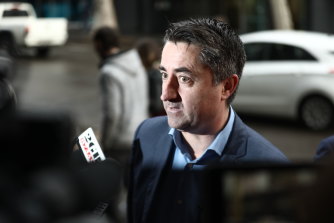 “As the very best leaders do, he has always led by example, with a huge work ethic, absolute integrity, fearless independence and a lot of courage,” Mr Anderson said.

“His strategic vision and boundless drive and energy have been integral to a string of achievements, including leading the 2010 launch of the ABC NEWS Channel; spearheading ABC News’s rise to digital excellence; creating the journalistic powerhouses of ABC Investigations and the Specialist Reporting Team; fostering News’s culture of diversity and inclusion; and driving the strategy to make News’s content and services more relevant to all Australians.”

Mr Morris told staff on Thursday he would continue to work for the ABC as long as required to find a replacement.

“To have had the opportunity to lead ABC News is a personal and career highlight,” he said. “It’s without doubt a challenging job, but also fulfilling and worthwhile. I’ve given it my all.”