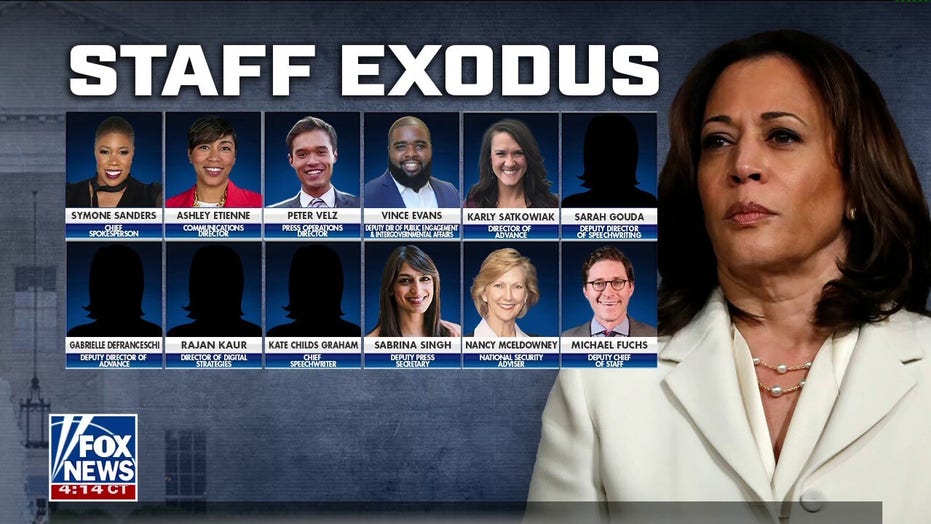 ‘The Five’ panel reacts to the vice president’s deputy chief of staff becoming the 12th aide to quit.

Vice President Kamala Harris has seen an alarming mass exodus of staff members, but anyone who relies on ABC, NBC or CBS for information would have no idea.

NewsBusters monitored morning and evening newscasts on the broadcast networks and discovered that none of the 12 prominent Harris staffers fleeing the administration have been reported on as of Tuesday.

“Twelve major staffers have now left the Vice President’s office amidst rumors of discontent and chaos. What, exactly, is going on in the VP’s office? Don’t look to ABC, CBS and NBC. They don’t seem to care,” NewsBusters research director Scott Whitlock wrote.

“As each one departed, the network newscasts avoided saying any of their names, saving the Vice President from embarrassment,” Whitlock wrote. “As they exited, the number of times their names have been mentioned on the networks? ZERO.”

Last year, CNN reported mutual exasperation between the offices of the Vice President and President as Harris’ approval rating dipped, with her aides feeling hung out to dry as she tackled thankless tasks without White House cover, and Biden’s staff having “thrown up their hands” at her “lack of focus,” as the liberal network put it.

Whitlock pointed out that the network’s refusal to cover staffers leaving Harris’ office comes after the very same newscasts were quick to cover Olivia Troye, a former adviser to then-Vice President Mike Pence, quitting in 2020. The mainstream media also put a spotlight on turnover among former President Trump’s staffers, with NBC News even published a 2019 report headlined, “‘Off the charts’: White House turnover is breaking records.”