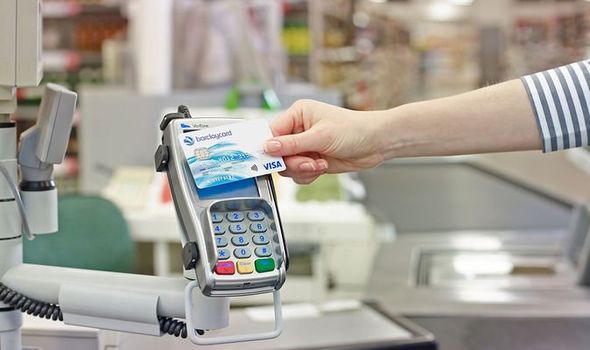 Shoppers will be able to pay up to £100 without entering their PIN codes from October 15, trade body UK Finance said.

It will be the second rise in less than two years – and the new limit will be more than double the current one, at £45.

The Government hopes it will entice people to spend more money in shops, but the decision has sparked crime fears, with some saying the higher threshold for spending without a code is “a thief’s dream”.

Gareth Shaw, head of money at consumer advice BODYWHICH?, said in March: “The risk of falling victim to contactless card fraud is currently low, but there is potential for thefts to rise if criminals take advantage of the increased spending limit to maximise the amount they steal.”

Laura Suter, of fund shop AJ Bell, said: “While the move brings more convenience for some, it is a thief’s dream… Being able to spend £100 a pop without having to put in a PIN, it would be very easy for thieves to blitz through money quickly before you even realise your card has been stolen.”

But David Postings, CEO of trade body UK Finance, said: “Contactless payment has proved very popular with consumers… The increase in the limit will allow people to pay for higher value transactions like their weekly shop or filling up their car. The payments industry has worked hard to put in place the infrastructure to enable retailers to update their payments systems.”

Chancellor Rishi Sunak said: “As people get back to the high street, millions of payments will be made simpler, providing a welcome boost for retailers and shoppers.”

The new maximum spend was announced by the Government in March, but banks had not yet decided when to implement it.

Payments were capped at £10 in 2007 when contactless cards were introduced.