Australia's largest and oldest car dealership group has lamented the end of the iconic Holden brand and laid expectations on General Motors for "fair and reasonable" treatment after the shock announcement on Monday. 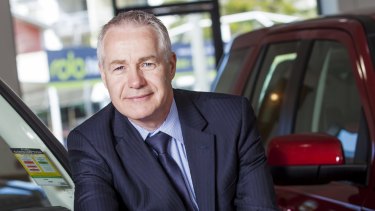 General Motors, an American automotive giant which owns the Holden brand, revealed it would axe the 164-year-old company as part of a global move away from right-hand drive cars and amid Holden's lowest monthly sales for 72-years.

"Unfortunately, all the hard work and talent of the Holden family, the support of our parent company GM and the passion of our loyal supporters have not been enough to overcome our challenges," Holden managing director Kristian Aquilina said in a statement.

"We understand the impact of this decision on our people, our customers, our dealers and our partners – and will work closely with all stakeholders to deliver a dignified and respectful transition."

ASX-listed car dealership AP Eagers currently has 10 Holden dealerships across Tasmania and Queensland, and told investors after market close on Monday afternoon it had been a "loyal partner" of General Motors for 90 years.

"This is therefore a very sad day for our company, our stakeholders and, particularly, our dedicated employees who have diligently represented the Holden brand on behalf of the General Motors manufacturer, some for over forty years personally," managing director Martin Ward said. 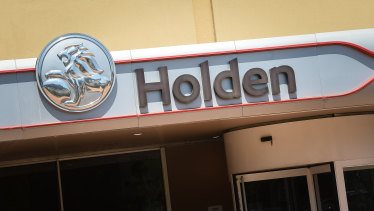 GM has pulled the pin on the Holden brand. Credit:Justin McManus

General Motors will work confidentially with dealerships through "transition arrangements", Mr Ward said, noting it would not be possible for AP Eagers to fully assess the financial impact, if any, of the pull-out until the arrangements are worked through.

However, the $2.3 billion company said it expected a "fair and reasonable" treatment from General Motors in light of the two companies' close relationships.

"We are expecting General Motors to be fair and reasonable in relation to the transition and compensation arrangements and to fully recognise our partnership that has spanned ninety years as well as the current commitments we have in place to represent them," he said.

AP Eagers shares fluctuated following the news, before dropping 1.6 per cent just before market close. Overall, shares closed down 1.53 per cent at $9.

But it was not all bad news for Australia's listed automotive companies. Chief executive of aftermarket car parts and repair business Bapcor, Darryl Abotomey, told The Age and The Herald the exit could be a net positive for his business.

"If they're completely pulling out, if the dealerships are no longer going to be there…mechanics are going to have to get the parts from somewhere, and that's most likely from our industry," he said.

"Cars are still going to get serviced through the aftermarket, and that's who we supply the parts to. There's always a silver lining."

However, Mr Abotomey said it was "disappointing" to see General Motors axe the brand, noting it would be a "big, big change" for Australia's automotive industry.

Almost 600 jobs will be lost as part of General Motors' shift, which will see Holden wound-down by 2021. Customers with Holden cars will be able to receive servicing for the next decade.