One of the most under-utilized automotive body styles is the shooting brake. And since there currently are no Rolls-Royce shooting-brake models, Dutch car design company Niels van Roij Design made one.

A shooting brake, essentially, is a two-door station wagon. It has coupe styling but with additional practicality, sometimes in the form of rear seats or an elongated trunk. It's not a popular way to design a car these days, but they're always special to see.

Niels van Roij Design's Silver Spectre Shooting Brake is based off a Rolls-Royce Wraith. From the A-pillars back, the Silver Spectre is all custom: The roof is made from one piece of carbon-fiber composite, the lengthened and custom side glass is trimmed in silver, and the back liftgate apparently takes design cues from "Anglian limousines of the 1950s and 1960s," according to Autoblog.

Inside, the Shooting Brake boasts the "world's largest Infinity Starlight Headliner" with a hand-woven spread of fiber-optic strands that make up almost 2,000 lights, the company said in an emailed press release.

Niels van Roij Design will only make seven Silver Spectre Shooting Brakes. Van Roij declined to disclose the price of the cars to Business Insider, instead saying that, "The price is on request for clients. Due to the vast amount of possibilities, it is near impossible to define a price to begin with, as it is distilled from the conversation with the patron and based on her or his personal wishes." 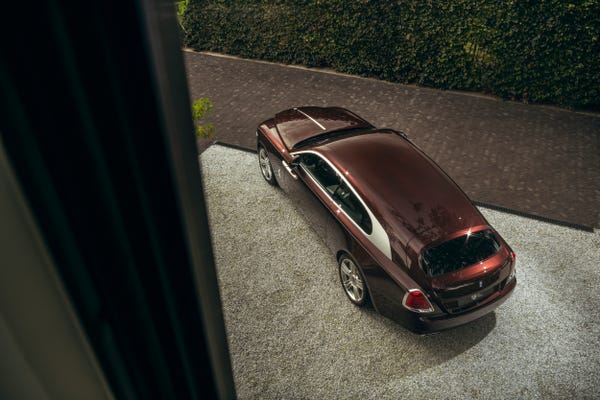 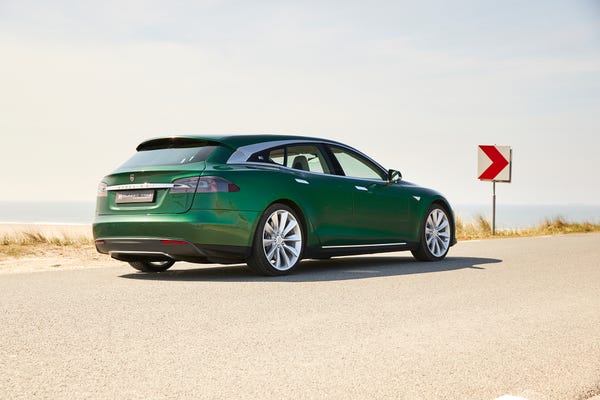 Read about it here.

A shooting brake is a type of design that's most accurately described as a two-door station wagon. 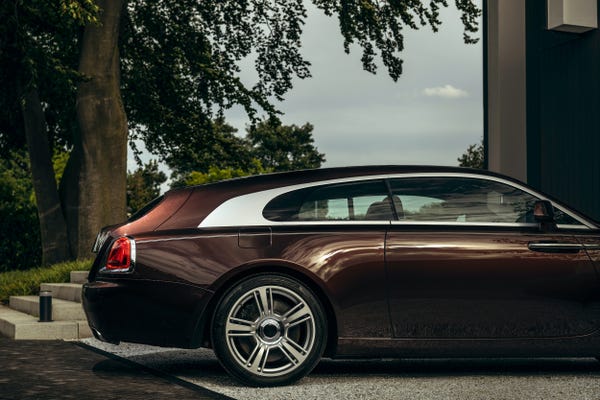 For reference, here's what a normal Rolls-Royce Wraith looks like. It's cool, but not shooting brake cool. 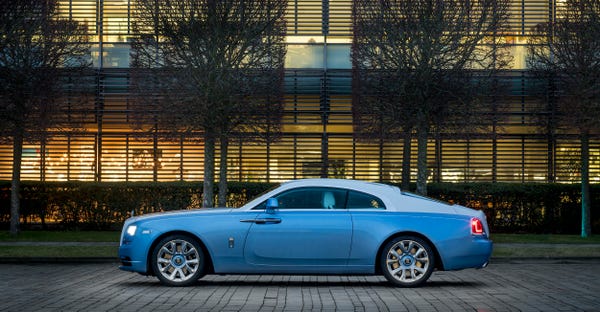 The car is spacious for both front and rear passengers. 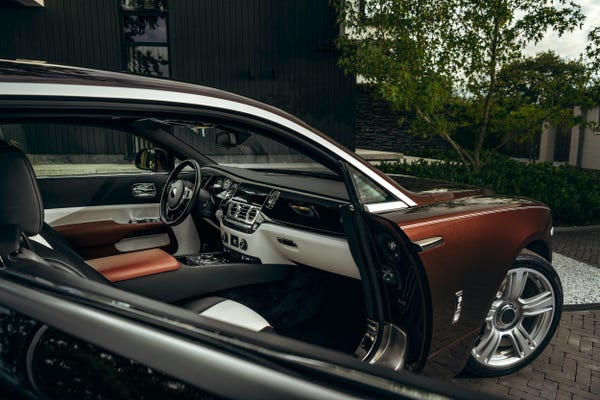 Inside, it's upholstered in highly individualistic color schemes and materials. 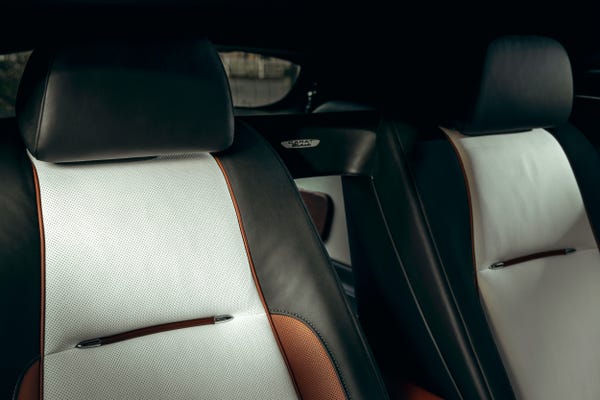 The rear seats are separated by an opening between them. 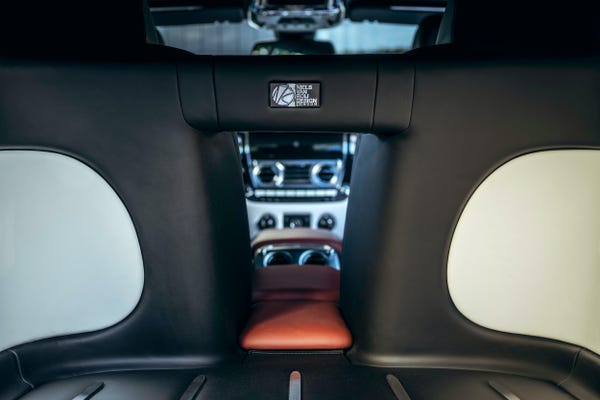 But check out this trunk! 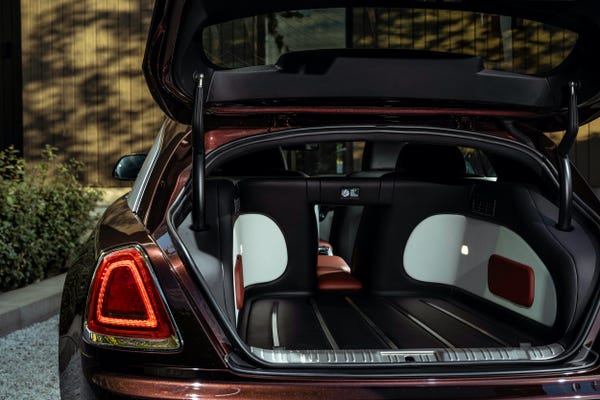 It has padded, soft leather upholstery. 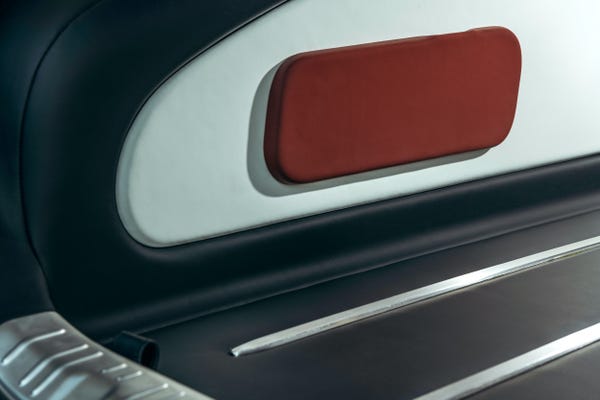 The shape is very rounded and curved. 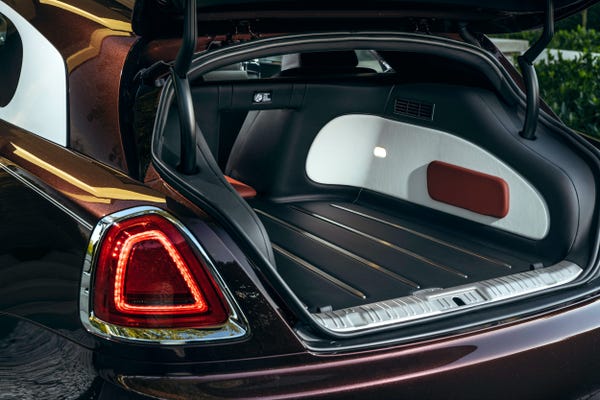 I'd personally be very hesitant to put anything back there that might scratch the leather. 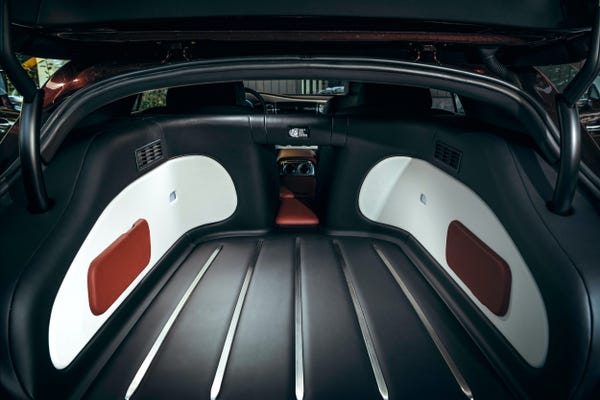 The company also claims the "world's largest Infinity Starlight Headliner." It's completely hand-woven, has fiber-optic strands that make up almost 2,000 lights, and can be seen from all four seats. 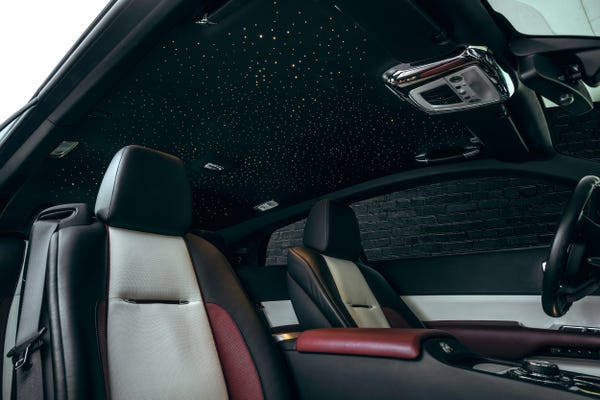 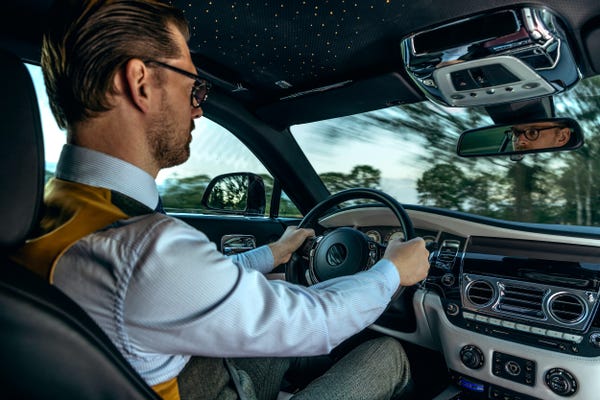 Behind the A-pillars, the Silver Spectre Shooting Brake is custom-bodied. 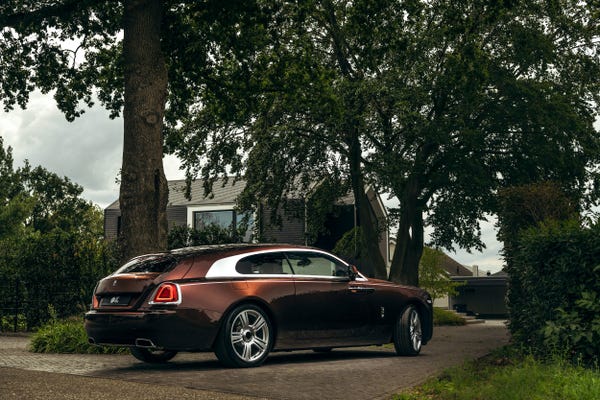 The roof is made from one big piece of carbon-fiber composite. 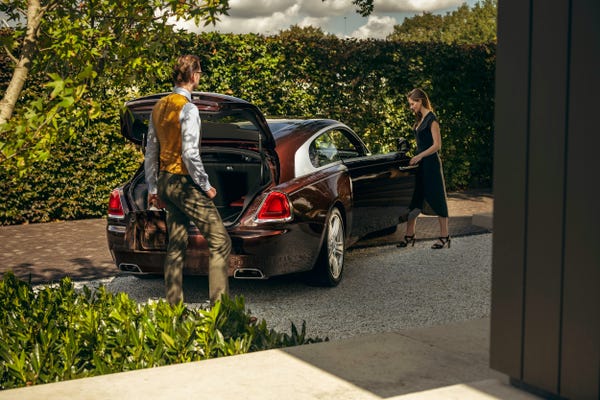 The side glass was lengthened and is custom made. 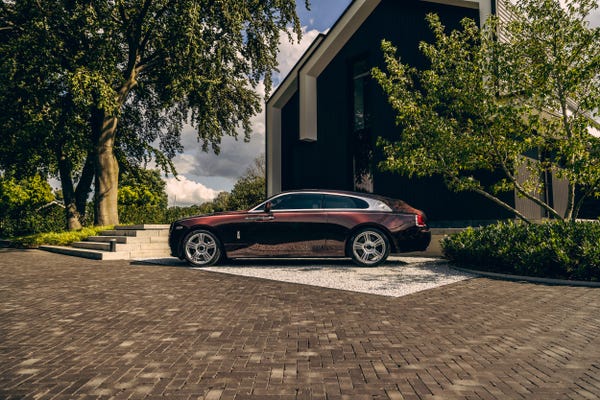 It's also trimmed with silver. 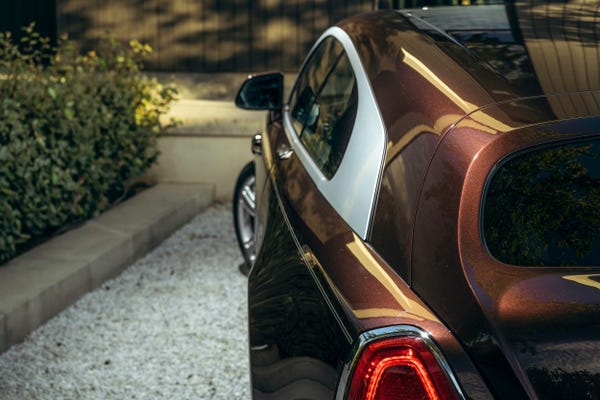 The back liftgate is meant to remind you of vintage and stately English limousines of the '50s and '60s, according to the company. 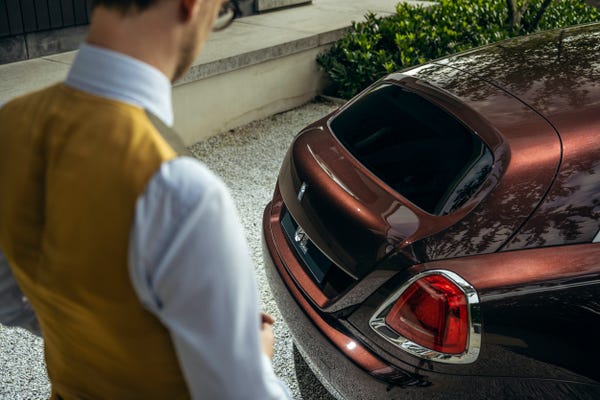 There's also a slight power bump from the standard 632 horsepower to 700 horsepower. 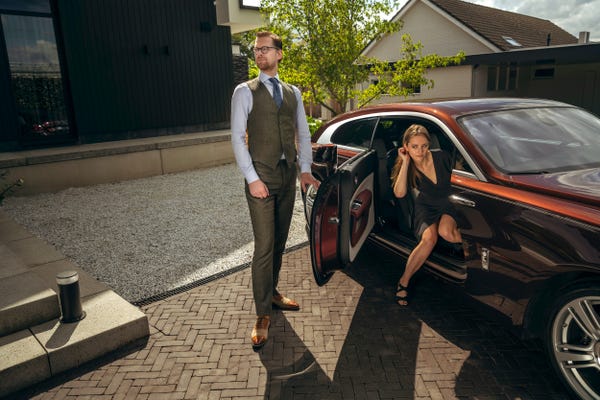 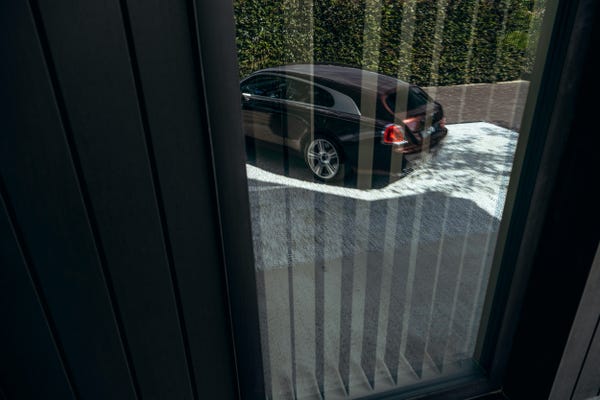 Each one is totally bespoke, with individual color schemes available for the exterior and interior, as well as pinstripes applied by hand. 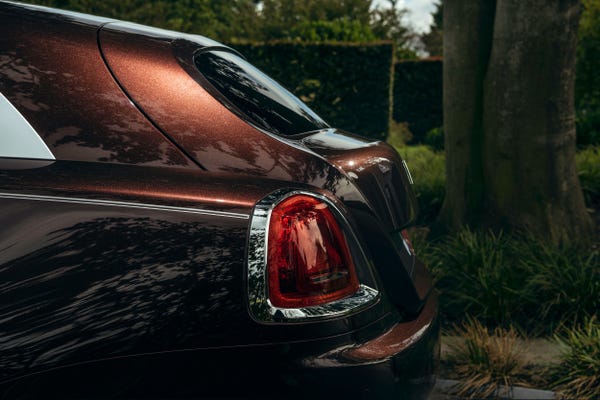 Niels Van Roij declined to tell Business Insider how much each one would cost. 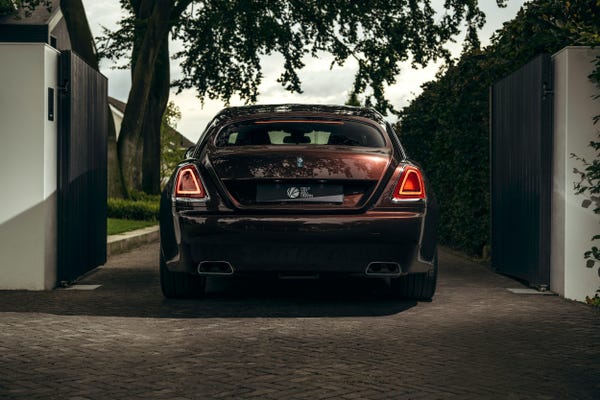 "The price is on request for clients," Niels van Roij said. "Due to the vast amount of possibilities, it is near impossible to define a price to begin with, as it is distilled from the conversation with the patron and based on her or his personal wishes." 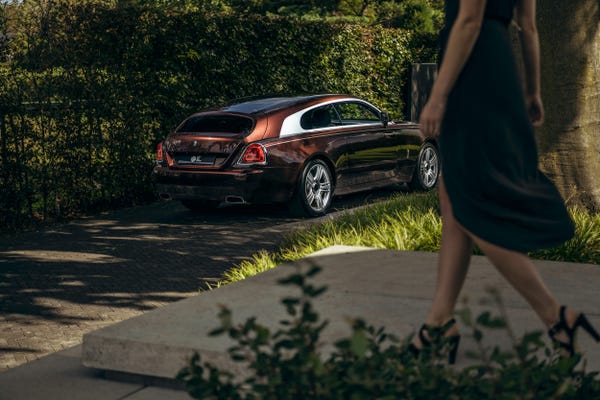