The opinion piece, written by Larry Noble, a CNN contributor and former general counsel of the Federal Election Commission, argued that soliciting dirt from a foreign government on a political opponent is a crime and that Trump officials should have been charged for it.
Noble further wrote that the Trump campaign “assessed the potential risks and benefits of again seeking Russia’s help in 2020 and has decided to leave that option on the table.” 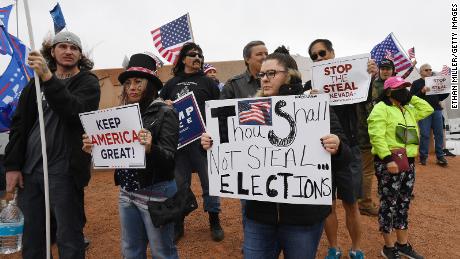 But the judge in the case, Michael L. Brown of the US District Court for the Northern District of Georgia, concluded that the Trump campaign did not plausibly allege that CNN had acted with malice in publishing the piece.

US libel law requires that alleged defamatory statements against public figures, such as Trump, be made with “actual malice” — that is, the speaker or outlet behind the story must have known it was false or acted recklessly regarding whether it was true — in order for the plaintiff in a defamation suit to prevail.
“Most of the allegations in the complaint regarding actual malice are conclusory,” Brown wrote in his ruling.
Brown, who did disagree with some of the arguments CNN made for dismissing the lawsuit, added that allegations of malice the Trump campaign had made were “insufficient to support a cause of action.” The judge, however, said he would allow the Trump campaign to file an amended complaint by November 30.
The lawsuit against CNN was part of a string of lawsuits the Trump campaign filed against major news organizations. Legal experts at the time dismissed the spate of legal action as having little to no chance of succeeding in court.