Two victory speeches were delivered on Super Tuesday night. The first came from Sen. Bernie Sanders (I-Vt.), who told his supporters in Vermont he would be the Democratic nominee “with absolute confidence.” The second victory speech was from former Vice President Joe Biden, who swept the night and put a serious dent in Sanders’s path to the nomination.

Biden claimed a clear resurgence on Super Tuesday, balking at those who said the race was over for him after his poor performance in Iowa, New Hampshire and Nevada.

“It may be over for the other guy,” Biden said in Los Angeles, in an apparent jab at Sanders.

Ironically, California was among the few states that didn’t show Biden much love on Tuesday. Sanders appeared to be easily winning the state. California had the most delegates up for grabs Tuesday night. But of the 14 states that voted on March 3, Biden decisively won the South and outperformed the polls in Minnesota, Massachusetts, Maine and Texas. He racked up a significant number of delegates and is poised to lead Sanders in the count.

Tuesday cemented the primary as a two-person race between Sanders and Biden. Former New York Mayor Mike Bloomberg failed his first electoral test, despite pouring hundreds of millions of dollars into the race. And Warren finished in third place in her home state of Massachusetts.

Here are five takeaways from the night.

Biden’s campaign said South Carolina’s primary would change everything for his candidacy. It did.

Three days before Super Tuesday, Biden won the South Carolina primary by a 20-percentage-point margin. Two days later, Pete Buttigieg and Amy Klobuchar dropped out of the running and endorsed Biden. Biden’s campaign didn’t have nearly the same campaign infrastructure set up in Super Tuesday states. It had one field office in Virginia. It spent a fraction of money as did the other campaigns on advertising. The campaign spent less than $500,000 on TV in Texas, and, unlike the Sanders and Bloomberg campaigns, none was in Spanish.

“We didn’t have a penny on television,” former Virginia Gov. Terry McAuliffe said on CNN of Texas. “Not a penny.”

But it didn’t matter.

Undecided voters overwhelmingly broke for Biden and gave him big victories in  Virginia, North Carolina and Texas, according to NBC’s exit polls. He was able to win Black voters in the South despite coming up short behind Sanders with Latino voters.

Going into Super Tuesday, the more moderate wing of the Democratic Party consolidated around Biden; Buttigieg and Klobuchar endorsed him, as did former Rep. Beto O’Rourke, former Senate Majority Leader Harry Reid, Rep. Bobby Scott (D-Va.), who wields influence among Black voters in Virginia, and other California, Illinois, Florida, North Carolina and Texas electeds. In one weekend, the campaign raised more than $10 million — its biggest single-day fundraising haul in the entire campaign cycle.

Super Tuesday catapulted Biden to front-runner status — and he did it with little campaigning in those states. 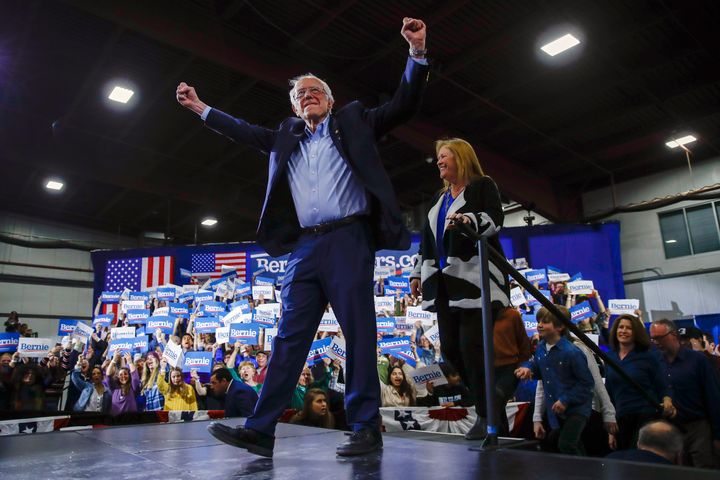 Sanders is in strong contention for the nomination. But Super Tuesday didn’t come close to securing the lead his campaign was looking for.

Only a week ago, the Vermont senator had a 16-percentage-point lead in California, according to the Real Clear Politics polling average, and in Texas, he had a 6-point lead. He was leading the field in Virginia and North Carolina as well, and looked like he had a good chance of winning Minnesota and was in a dead heat with Warren in her home state of Massachusetts.

Tuesday didn’t bring those victories. Sanders delivered easy wins in Vermont, Colorado, Utah and apparently California, but Biden spoiled his party in Texas and blew him out of the water in Virginia and North Carolina. Sanders did meet the 15% threshold to be eligible for delegates across the map.

A lot of the problems facing Sanders are not new: He continues to struggle with older voters — a more reliable voting base that Biden is strong with. He also has not effectively expanded his base among Southern Black voters, particularly older ones. We saw this in South Carolina, despite strong organizing efforts on the part of the Sanders campaign. Again on Super Tuesday, it looked like Biden won over Black voters in state after state across the South.

But the biggest problem facing Sanders seems to be around voters that were undecided until the last few days before Super Tuesday. Biden won 47% of late-breaking voters, according to NBC. Sanders won with voters who had decided before that. Beating Trump remains the priority for these voters, and again Biden wins that argument, according to exit polling in seven of the Super Tuesday states from The Washington Post.

Sanders knows “electability” is a question around his candidacy. He includes his lead in national head-to-head polls against Trump in his stump speeches. In the end, the voters who were not inclined to support Sanders in the first place seemed to find a home with Biden on Super Tuesday.

Bloomberg skipped the first four contests in the Democratic nomination process with hopes that major investments in Super Tuesday would put him atop the primary leaderboard. His campaign spent more than $500 million in Super Tuesday states, vastly outspending every single other candidate in the race combined.

In the end, he came out with a win in American Samoa.

Bloomberg did have some effect on the race; he will likely win some delegates in Arkansas, Colorado and Tennessee. He was asked several times Tuesday whether he considered if his candidacy was hurting Biden or helping Sanders. Bloomberg wouldn’t answer the question, telling reporters that it was Biden taking votes from him. 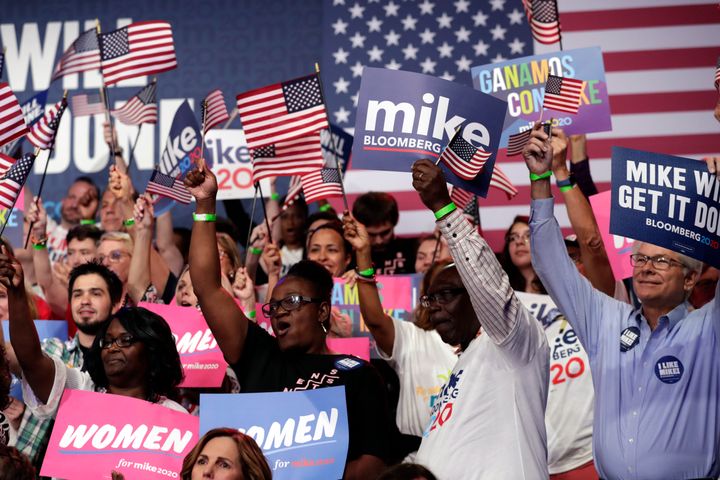 As the first test of the influence of Bloomberg’s money, though, Super Tuesday was a disappointment for the campaign. There were some early signs: His polling numbers had largely stalled after two bad debate performances when his rivals hit him for expanding stop-and-frisk policing in New York City, his derogatory comments toward women, nondisclosure agreements with women alleging misconduct or gender discrimination at his companies, and his previous support of Republican politicians, such as former President George W. Bush.

Bloomberg’s campaign didn’t say he was dropping out after Super Tuesday. But it went from hinging its entire campaign on Super Tuesday to downplaying its importance.

“Tonight, only one-third of delegates will be allotted,” Bloomberg’s campaign manager, Kevin Sheekey, said in a statement. “As Mike said tonight, ‘No matter how many delegates we win tonight, we have done something no one else thought was possible. In just three months, we’ve gone from just 1% in the polls to being a contender for the Democratic nomination.’”

Warren allies had spent much of the past week fretting about her ability to defeat Sanders in her home state. The actual result was worse than that, with Biden’s surge hitting the Bay State’s plentiful suburbs and relegating her to a third-place finish. And while votes are still being counted, Warren appears to only be viable in six of the 14 states that cast votes Tuesday.

Warren shows no signs of exiting the race. Her campaign sent out a fundraising email reminding supporters that the full results in states California and Colorado would not be known for days. “There are six more primaries just one week away, and we need your help to keep up the momentum,” the unsigned email read. The campaign, which on the day of the New Hampshire primary insisted it would thrive on Super Tuesday, seems to continually promise success is just around the corner.

Warren had already conceded her path to the nomination likely ran through a contested convention, but Sanders’s supporters ― ornery after that Tuesday proved to be as sour as it was super ― are likely to amplify their calls for her to exit the race. “Imagine if the progressives consolidated last night like the moderates consolidated, who would have won?,” Rep. Ilhan Omar, a Sanders backer, wrote on Twitter, suggesting Sanders would have won additional states if Warren were not on the ballot.

The Warren campaign has often suggested she would shine in a three-way debate against Sanders and Biden, but the next debate ― scheduled for Phoenix on March 15 ― isn’t until after the next wave of states has voted.

The exit polls displayed a worrisome trend for Sanders: He is consistently receiving less support from women than from men, and far more Democratic primary voters are female than male. In Massachusetts, he had the backing of 31% of men and 26% of women. In Colorado, it was 36% and 28%. Maine had a 9-point gap, and it was 8 points in Texas.

Part of this could simply be Warren’s presence in the race ― she’s predictably the only candidate who consistently drew more support from women than men. But not all of her voters ― many of whom demographically fit the profile of Biden supporters more than Sanders supporters ― will come to his side if she drops out.