Australian oil and gas giant Woodside Petroleum has put billions of dollars of major projects on hold and slashed its investment spending by 60 per cent amid the global coronavirus crisis and sudden oil price crash.

Woodside on Friday told the market its final decisions on highly anticipated liquefied natural gas (LNG) expansion projects off the coast of Western Australia, including its $17 billion Scarborough venture with BHP, and the Pluto and Browse expansion projects, would be deferred as uncertainty grips the energy market. 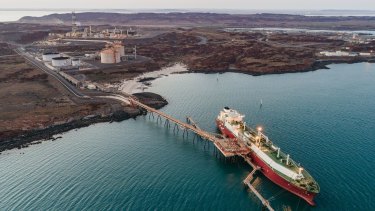 Woodside’s proposed Pluto LNG expansion using gas from the Scarborough field has been shelved due to the oil price crash.Credit:Woodside Petroleum

"The unprecedented circumstances that have unfolded globally over recent weeks are impacting our people, our business and our industry," Woodside chief executive Peter Coleman said.

"We are also responding to the lower, more volatile oil price environment by taking difficult but prudent decisions to reduce our expenditure for this year and to delay targeted final investment decisions on our growth projects."

Producers in Australia and worldwide have wiped billions of dollars from investment budgets in the past week in order to survive a flood of oil coming onto the market due to Saudi Arabia and Russia ramping up output at the same time as the coronavirus pandemic causes a downturn in oil demand.

Suffering the sharpest price falls since the Gulf War in 1991, the benchmark Brent crude and West Texas Intermediate oil prices have halved since the start of the year, falling below $US30 a barrel and triggering a savage sell-off in oil and gas stocks. In response, producers have been detailing deep cuts to discretionary spending, new project delays and withdrawals from merger and acquisition talks as they seek to weather the storm and moderate market concerns about their profitability.

The deep cuts announced at Woodside will scale back capital expenditure this year to $US1.7 billion from $US4.5 billion. Woodside's total spending for 2020 is being axed by 50 per cent to about $US2.4 billion, including about $US100 million in operating cost cuts.

Rival Australian gas producer Santos slashed investment spending by 38 per cent to $550 million this week and delayed a new project off the coast of Darwin. Australian-listed Oil Search shelved major gas projects all around the world and halted negotiations to sell a stake in assets in Alaska as it lowered its expected spending by up to $675 million, or 40 per cent.

"These are extraordinary times that no one could have foreseen," Mr Coleman said. "But Woodside enters this period of significant uncertainty with one of the stronger balance sheets in our industry and world-class, low-cost producing assets, which are resilient to commodity price fluctuations." 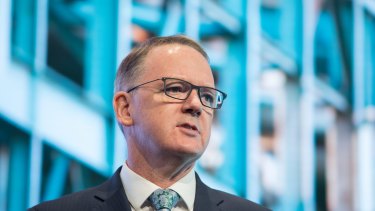 Mr Coleman said Woodside's disciplined approach to cash flow and debt management had positioned it to be able to respond "quickly and decisively".

"The measures we are implementing will preserve cash during these challenging months and
ensure that in the longer term we can successfully execute the growth strategy we have in place."

BHP has marginally increased its stake in the Scarborough offshore LNG project by 1.5 per cent.

On Wednesday its partner Woodside announced to the ASX both companies had adjusted their stakes in two Scarborough project titles. 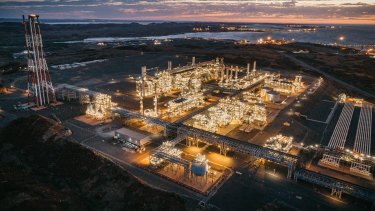 Gas from Scarborough is to be processed at the Pluto LNG plant near Karratha.

Woodside's 75 per cent stake in the project will drop to 73.5 per cent while BHP will hold the remaining 26.5 per cent.

Development of the Scarborough gas field would see 4 to 5 million tonnes per annum of additional gas delivered to Woodside's Pluto LNG facility in Karratha.

Woodside has been looking to line up gas sales and sell down part of its stake in Scarborough to help fund the project but talks slowed by travel curbs and weak gas prices following a coronavirus epidemic.

A 52 per cent increase in the size of the Scarborough gas field announced in November also threw a spanner in the works with Woodside rethinking how much of a stake it wanted in the project.

BHP and Woodside have also agreed to apply for production licences for both Scarborough titles.

"The production licence applications are another key step to unlocking the full value of the Scarborough resource through the expansion of our existing Pluto LNG facility," Woodside chief executive Peter Coleman said.

BHP Petroleum country manager Graham Salmond said they would continue to work with Woodside towards a development that would benefit shareholders, joint venture partners and the community.

“The proposed Scarborough development fits with our strategy of seeking to commercialise advantaged gas resources with potential future upside, and we continue to take positive steps in its development," he said.

Woodside is aiming for a final investment decision in 2020 for the Scarborough development, and first cargo in 2024.

Woodside posted this month an underlying profit, excluding one-off charges, of $1.06 billion for 2019, down from $1.42 billion a year earlier.