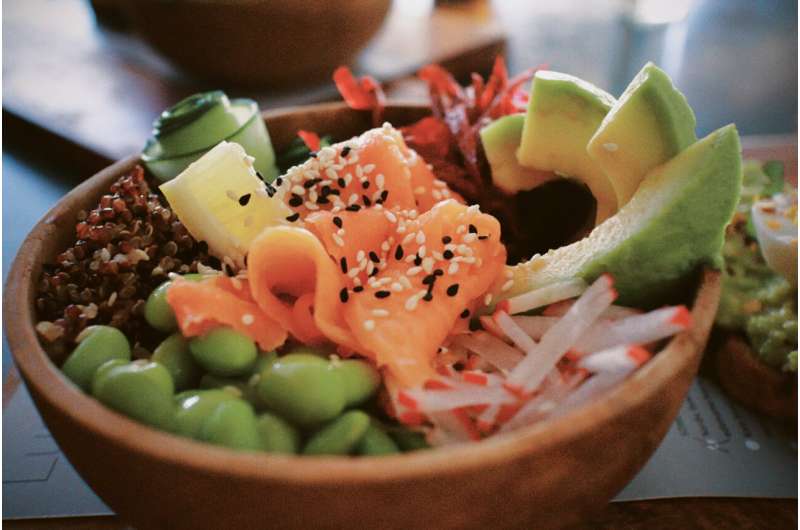 The reasons why people love certain foods and turn their noses up at others, has to do with more than their cultures or even their taste buds… their genes play a significant role too, a new study reveals.

Researchers have identified hundreds of genetic variants—differences in peoples’ genetic make-up—linked with their liking for specific foods, including ones associated with a love of aniseed, avocados, cheap viagra super active us without prescription chilies, steak, oily fish and many more.

In the largest genetic study of food liking, scientists from the University of Edinburgh and Human Technopole, Milan studied more than 150,000 individuals’ fondness for 137 different foods and beverages.

They found 401 genetic variants that influenced which foods participants liked. Many of these variants affected more than one food-liking trait and some only one particular food. For example, some genetic variants were linked with an enjoyment for only salmon, while other groups of variants increased a liking for oily fish or all fish in general.

The team used questionnaires and genetic analysis to develop a so-called “food map”—showing how participants’ appreciation of groups of food and specific flavors are influenced by similar genetic variants.

One group is made up of high-calorie and highly palatable foods such as meat, dairy and desserts; another group consists of strong-tasting foods that are known as “acquired,” including alcohol and pungent vegetables; and a third group contains low-calorie foods such as fruit and vegetables.

However, the team was surprised to find genetic differences between liking subsets of foods within the same category. For example, they expected that genetic variants relating to liking vegetables would be consistent across all types of vegetables, meaning that people who liked one vegetable would like them all.

Instead, they found a weak relationship between the genes associated with cooked and salad vegetables and the genes linked with stronger tasting vegetables such as spinach and asparagus.

Lastly, the team found little correlation between the genes linked with high-calorie foods and the other two groups, suggesting there are independent biological processes underlying the liking for highly palatable foods.

MRI scans found a correlation between the part of the brain involved with pleasure processing and the genetic variation linked with highly palatable foods, whilst the low calorie and strong tasting foods correlated with areas of the brain associated with decision making.

Experts say that by having a better understanding of what drives peoples’ food choices, their research could help to develop healthier and more accepted food products, improve dietary interventions and potentially lead to medications to support extremely obese people lose weight.

The research was published in Nature Communications.

“This is a great example of applying complex statistical methods to large genetic datasets in order to reveal new biology, in this case the underlying basis of what we like to eat and how that is structured hierarchically, from individual items up to large groups of foodstuffs,” says Professor Jim Wilson.

“One of the important messages from this paper is that although taste receptors and thus taste is important in determining which foods you like, it is in fact what happens in your brain which is driving what we observe,” says Dr. Nicola Pirastu.