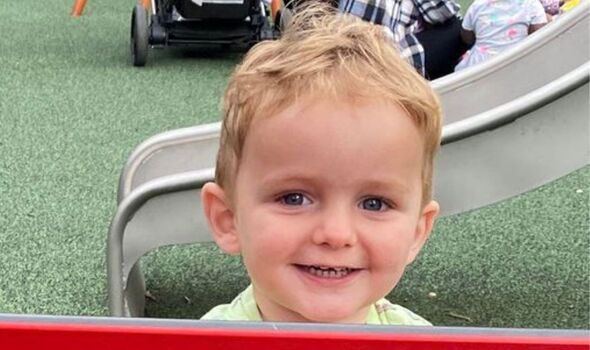 A mum-of-four living in a mouldy flat fears for her toddler’s health after he was hospitalised with pneumonia.

Charlotte Green has made numerous attempts to fix the leaks and dampness in her two-bedroom home, but the problem keeps coming back.

The 26-year-old from Lewisham, south-east London, has been on a rehousing priority list since April 2022, but due to high demand, the council says it will take at least three years for her to be rehomed, reports The Mirror.

She claims that only a few weeks ago, her baby daughter was gasping for air after being rushed to the hospital with bronchiolitis.

It comes in the wake of a coroner ruling that exposure to mould caused a respiratory condition which took the life of two-year-old Awaab Ishak in Rochdale.

His family had made repeated complaints about their flat but no action was taken before Awaab’s death in November 2020.

Referring to her son, Charlotte said she first became worried when he developed a high fever and started struggling to breathe.

She rushed him to hospital on Boxing Day and he was discharged a week later, on New Year’s Day.

He is now recovering, but still needs to use an asthma pump.

Charlotte said: “He was on 15 litres of oxygen when he was admitted, and an X-ray showed that he had shadowing on his lungs.

“He wasn’t eating, drinking, and he kept having a temperature of 39.1C which was really high.

“I tried to get him to walk while in hospital, but he just went all jellified in his legs because he’d been lethargic and hadn’t stood on them for so long.

“The doctors tried to keep his oxygen up through a tube but because he’s autistic, he didn’t like the masks over his face. So it’s been hard.”

Speaking while in hospital, Charlotte told how she was dreading bringing her son home, as she believes the black mould in their property could exacerbate his condition.

She said: “He is going to end up getting bad again because he’ll be breathing in all the spores. Everything that’s on his chest – the mould is not going to help it.

“My partner has been cleaning all the walls as much as he can in the meantime, and put a coat of paint over it for now until I get back.”

Charlotte said her son has been in hospital with breathing difficulties once before, when he had bronchiolitis at six weeks old, but that this is the first time he has been admitted overnight.

She fears his ill health could be linked to the black mould, which has covered their belongings and even seeped through insulation walls designed to keep the problem at bay.

Charlotte, who pays £409 a month for rent through universal credit, said: “We’ve been wiping the mould away on a daily basis, but it just keeps coming back.

“We’ve tried mould cleaner that we’ve bought from the shops, and we’ve sprayed it when the kids aren’t home.

“When my partner and I go out the house we open every door and window just to ventilate the property and get rid of any condensation.

“Then when we get home we close the doors and put the heating on for a while to warm up the place before the kids go to bed.

“But I am technically paying the council rent to live there, so they should be giving me back some respect by helping to maintain the property.”

Charlotte claims she has contacted Greenwich Council numerous times since the problem began in 2017 but says that, while they have provided temporary solutions, the root of the problem still remains.

She said: “It just makes me dread taking my children home. I believe that if we lived in a property without damp or mould, then their breathing difficulties would subside, definitely.

“Even my kids are starting to say ‘mum, it really smells in here of really bad damp’ and I’ve got to tell them we have the windows and that open, but there’s not much we can do.”

A spokesperson for Greenwich Council said: “We’re aware of a leak in a neighbouring property that is affecting Ms Green’s accommodation and we have scheduled a repairs visit for the coming days.

“Ms Green’s family have already been medically reprioritised, and if there is a further change to their circumstances we will review again, as we assess all housing options on a case-by-case basis.

“We urge residents to update their circumstances through the appropriate channels to help us understand and manage priorities.

“There are over 25,000 people waiting for a home in Royal Greenwich, but we are operating in a market where there is little to no accommodation available locally.

“The suitability of accommodation offered takes into account the needs of the whole household and will consider factors relating to education, health, property suitability, employment, and any family support required.”