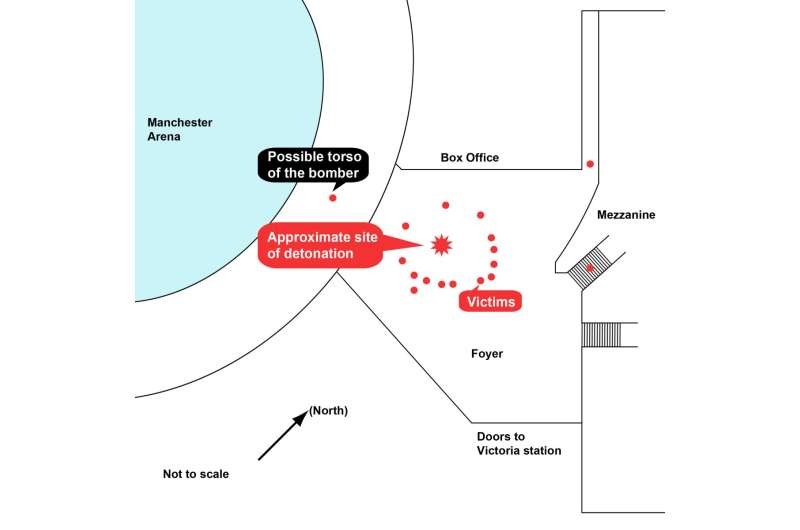 The second stage of the official inquiry into the Manchester Arena bombing in 2017 has produced a harrowing account of what went wrong in the emergency response.

The terrorist attack resulted in the deaths of 22 innocent victims. Sir John Saunders, chair of the inquiry, concluded that Jesip, the joint emergency services interoperability program, won’t recharge worx lithium batteries had failed—and that this was not the first time it had happened.

Jesip provides national strategic leadership with the aim of making it easier for different emergency services to work together—which is obviously very challenging but vital in cases such as the Manchester attack. Fire services and ambulance workers will all be on the scene trying to help people in distress while the police try to keep others safe from further harm.

The idea of interoperability is that people from the different emergency organizations, each with their own cultures, values and goals, can find a common set of principles to make sure that they work together smoothly in a crisis.

Jesip, which was established a decade ago, made several organizational changes to how the emergency services operate. A shared national doctrine was adopted, outlining “joint principles” including that commanders should quickly co-locate at the scene. The emergency services also now share a joint decision-making model, so that each is involved in making decisions during major emergencies.

Why did Jesip fail in Manchester?

A fatal early failure in the response to the Manchester attack was a lack of communication between emergency services. Jesip’s goal to make emergency groups work together coherently had not been met.

There was conflicting communication about the location of the shared rendezvous point for emergency services. There was also no clarity over whether the attack had been declared a “major incident”. This created chaos and confusion during the first few minutes of the attack, when getting a shared grip of the situation was vital.

The psychology of groups tells us that individuals are motivated to make biased and positive evaluations about their “in-group” in comparison with other “outgroups”. This occurs in social groups but also in the workplace when individuals identify strongly with their organization.

When organizations seek to change how their teams are structured, there is a risk that those feeling strongly connected to their pre-existing group (the police service, for example) might feel threatened by the establishment of a new collective group (such as Jesip).

Saunders reflected that Jesip had failed to find its way into the “muscle memory” of the emergency services. He said emergency groups continued to operate in silos, abandoning Jesip principles and falling back on existing ways of working. This suggests that buy-in to Jesip by the emergency services at Manchester was low. The group psychology in operation that day may have been focused on in-groups rather than the collective.

The psychology of team decision-making

The Manchester inquiry also criticized the emergency services’ failure to make joint decisions. Most notable was the lack of emergency responders operating in the City Room (the location of the explosion), where they were needed to treat and evacuate critically injured casualties.

There was no joint decision made to assess the risk level for emergency workers operating in this area and, crucially, whether they required personal protective equipment. This meant that some emergency responders decided to deploy whereas others did not.

Prior to the Manchester attack, my colleagues and I collected data from a fictitious counter-terrorism simulation that closely mirrored what happened in Manchester. We presented a multi-agency team of commanders with a choice about whether to commit non-specialist responders into the high-risk zone to help with casualty treatment.

Out of the 13 multi-agency teams involved, only four decided to commit responders. This failure of the blue light services to commit responders was exactly what happened after the Arena bombing. We also found that many teams spent a long time deliberating over this choice, when decisive action was required.

A possible explanation for these decision difficulties was ambiguity in Jesip’s joint decision model. Commanders in our study perceived each other to be working towards a common goal “to save lives”. But the translation of that goal into action meant different things to different services, leading to contradictory decisions.

The police wanted to neutralize the threat, paramedics wanted to treat casualties, and the fire service sought to ensure safe procedures were in place before taking high-risk action. These aims could not all be achieved at the same time.

We argued that despite being good in theory, the joint decision model might reinforce existing psychological divisions between different services in practice. This is especially problematic when coupled with the assumption that all team members are working towards the same “save life” goal.

The decision not to deploy staff into Manchester Arena’s City Room might have been intended to help protect the lives of emergency workers—but it also limited the saving of lives of members of the public.

Avoiding a repeat of Manchester

Saunders has outlined several recommendations in his report to “ensure that Jesip works in practice and not just in theory”. One of these is to ensure “regular ‘high fidelity’ training” to expose responders to the stress and pressure of a terrorist attack.

One way to achieve this is through regular simulation-based training, which closely replicates the psychological stress of a real-life event while allowing for close monitoring and evaluation.

Saunders has also recommended that the emergency services’ joint doctrine be reviewed and updated where necessary. Our current research suggests the psychology of interoperability needs to be at the forefront of this review. Specifically, identifying ways to increase buy-in to Jesip by studying the psychology of groups.

To ensure an effective response to future terrorist attacks of this nature, the psychology of collective responding must be central to the muscle memory of the emergency services.

Provided by
The Conversation

This article is republished from The Conversation under a Creative Commons license. Read the original article.