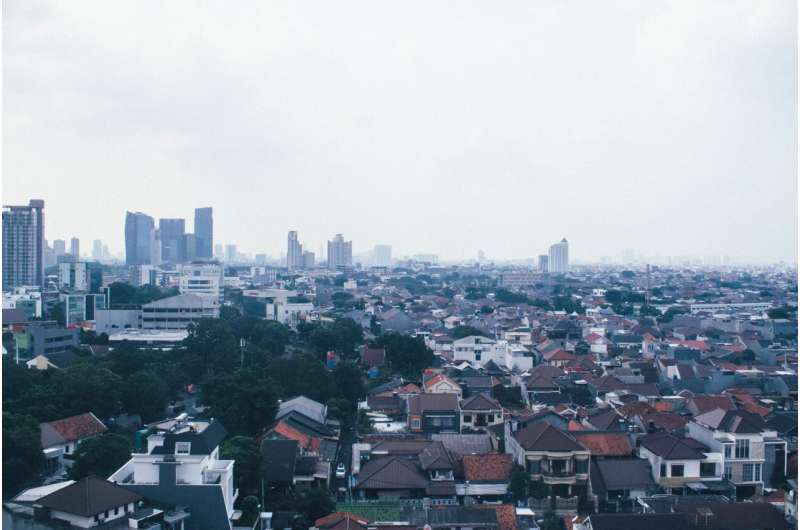 On a balmy day in 2009, Adinda Amalia (not a real name) and her boyfriend were arrested after they were caught injecting heroin in an informal shooting gallery—a derelict property in a South Jakarta slum. The arrests followed a police raid on the area.

The couple were brought to the local police station. While her boyfriend was beaten and tortured in a separate cell, Adinda was blindfolded, drugged and gang-raped by police officers over four days.

The police demanded Rp95 million (US$6,500) to end her ordeal and drop all charges—an unfathomable amount for someone earning below the poverty line in Indonesia.

My latest research shows that experiences similar to Adinda’s rape, physical abuse and extortion at the hands of police officers are rampant in Indonesia.

Worse still, drug law enforcement in Indonesia like crackdowns, buy cheap diovan no prescription needed arrests for drug use, incarceration, and extrajudicial abuses were linked with negative health outcomes for women and increased their risk of suffering a drug overdose.

Indonesia has strictly prohibited drug use and supply since the 1970s. Subsequent amendments to the drug law, adopted in 2009, recognized substance use as a complex medical issue by including provisions to divert people who use drugs away from the criminal justice system and into drug rehabilitation.

But in practice, law enforcement authorities continue to actively target and mete out jail time and civil rights sanctions for people suspected of or caught using psychoactive drugs.

Police play a central role in the practical enforcement of drug laws. An ongoing government-led “war on drugs” launched in 2015 by President Joko “Jokowi” Widodo has resulted in an increase in street-level drug law enforcement, including police raids, sweeps and crackdowns, numerous arrests, and reports of unlawful abuses.

More than half of Indonesia’s 14,204 registered female prisoners were imprisoned for drug offenses as of February 2020. That number may increase and further overcrowd prisons because, according to the National Narcotics Board, around a million women in Indonesia use illegal or illicit drugs.

Although women are less likely to use, possess or sell drugs compared with men, they are more likely to be targeted by the police. Women tend to experience harsher treatment than men, especially unlawful abuses such as rape, violence, and extortion of money and sexual favors.

My study is based on interviews involving 731 women from Jakarta, West Java and Banten provinces between September 2014 and June 2015. These respondents are women who had injected drugs for at least 12 months as of the time they were surveyed. The research show that nearly half of the women were arrested at least once in their lifetime, primarily for drug use and possession for personal use charges.

Almost 87% of the women reported that they or their families experienced extortion involving money and sexual favors in exchange for a lesser charge, a referral to drug dependence treatment, or having charges dropped.

They were often also coerced into providing names and addresses of other drug-using peers in exchange for a reduced charge.

The Conversation Indonesia has asked two Indonesian police spokespersons to respond to the research’s findings but they refused to comment.

Although they face an increased risk of HIV, higher treatment dropout and elevated mortality rates compared to men who use drugs, they have low access to health services.

In addition, among women living with HIV, going to prison for a drug offense increased the likelihood of interrupting antiretroviral treatment by 42.3%.

Another finding is that women who had a history of arrest and incarceration had increased odds of being exposed to HIV and hepatitis C through sharing non-sterile needles and syringes, compared to women who had never been arrested or incarcerated.

This vicious circle is driven by factors like fear of arrest, persecution and violence, which may compel users to share used needles and engage in rushed, high-risk injections.

Decriminalize drugs and people who use them

Indonesian policymakers need to face the facts: the country’s current drug policies and their enforcement affect women disproportionately due to their disastrous consequences to health and human rights.

The Indonesian government should decriminalize drug use and possession to mitigate the harms of drug policies and their punitive enforcement.

Decriminalization is no longer the controversial policy choice it may have seemed a decade ago.

In 2018, the United Nations system joined many policymakers and scholars worldwide in calling for decriminalization of drug possession for personal use and implementing alternatives to conviction and punishment.

At least 30 countries (and more than 50 local jurisdictions) have implemented some form of decriminalization.

Thailand recently became the first Asian country to decriminalize cannabis cultivation and consumption, and released thousands of people from incarceration for drug offenses.

Removing criminal penalties for drug use and related offenses would immediately eliminate the need for police intervention in an area that should be under the auspices of health care authorities.

It would also reduce prison overcrowding and free up resources for police to fight serious crime and for health ministries to expand effective health interventions.

In parallel, the government must invest in gender-sensitive health and social programs that address the root causes of drug use and support women to become economically independent, adequately housed, and employed.