Ambulances stranded back-to-back outside hospitals, carrying patients waiting in vain for a free bed on a ward. Heart attack victims waiting hours for help, and a frail, elderly woman left on the floor of her home for 18 hours after a fall.

Our spiralling emergency care crisis will be laid bare this week in a special edition of the long-running BBC series Ambulance. The Mail on Sunday has been given an exclusive preview, which follows paramedics working for the North East Ambulance Service as they battle to meet the daily demand for emergency care.

And as one despairing 999 call operator wails during the show – no doubt echoing the thoughts of so many desperate people: ‘Can it get any worse?’ 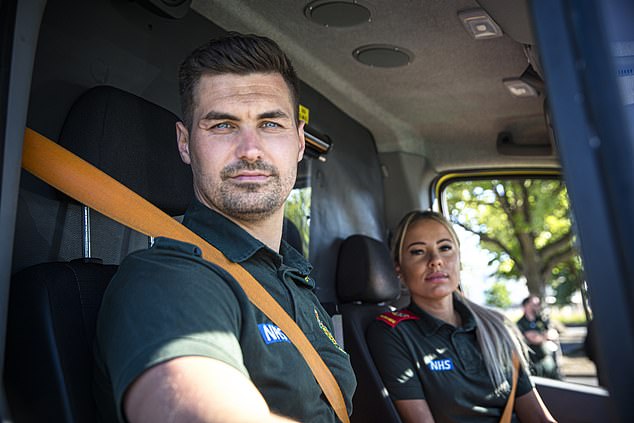 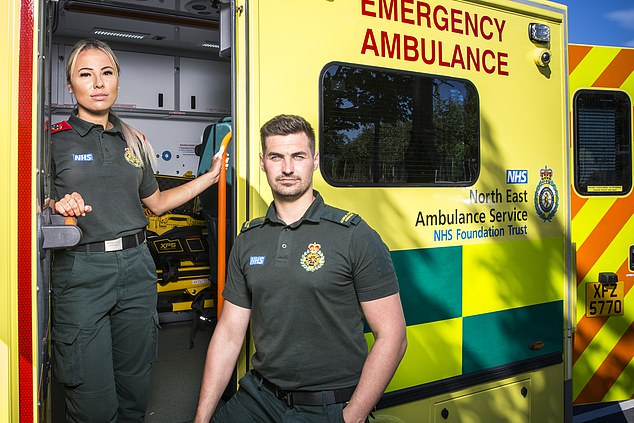 It is a snapshot of a nationwide problem, with ambulance delays at record highs

Viewers are taken into the eye of the storm, witnessing hospitals overflowing with casualties and phone operators forced to make heart-wrenching decisions about which callers to save first.

It is a snapshot of a nationwide problem, with ambulance delays at record highs.

Last month, female viagra in egypt heart attack and stroke victims were waiting almost an hour for paramedics to arrive. NHS targets state these patients should be attended to in 18 minutes. Cases categorised as urgent but not life-threatening – including older people who had suffered falls and fractures – were left on average for more than three hours. One in ten waited more than nine hours.

Even those in cardiac arrest, when the heart has stopped and resuscitation is needed, were waiting longer – almost ten minutes, rather than seven as per guidance.

Within the 3,200 square miles covered by the North East Ambulance Service, someone calls an ambulance every 35 seconds. The episode begins in the busy hubbub of the control centre, where phone handlers are struggling to keep up with the ever-increasing demand.

Their main challenge is controlling the flow of patients who will inevitably end up in A&E. 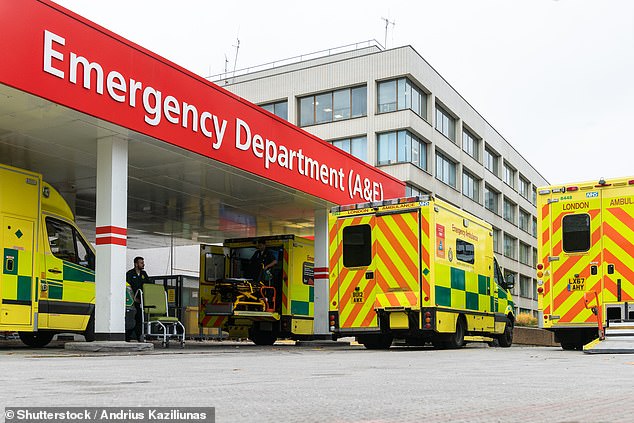 Our spiralling emergency care crisis will be laid bare this week in a special edition of the long-running BBC series Ambulance. The Mail on Sunday has been given an exclusive preview, which follows paramedics working for the North East Ambulance Service as they battle to meet the daily demand for emergency care

Within the first three hours of the shift beginning, most of the 13 hospitals in the region are at 90 per cent capacity.

If too many people get taken to hospital, the emergency departments become ‘manic’, says dispatch supervisor Chris. Queues of ambulances end up waiting outside A&Es, filled with desperately ill patients waiting for an available doctor or a bed.

This, in turn, means there are fewer ambulances out on the road and ready to tackle the next emergency that comes in.

Many calls are harrowing. ‘My neighbour is lying on the grass next to the bin. He’s cold and not breathing,’ says one panicked voice.

Another call-handler gives instructions on how to perform CPR to a woman whose husband has had a heart attack.

Later we learn that this story, at least, had a happy ending – she kept him alive until paramedics arrived, and after six weeks in the care of cardiac specialists, he was discharged home.

Next we meet two members of an ambulance crew – Jo and Julia – at James Cook University Hospital in Middlesbrough. They have brought an elderly man suffering back pain to A&E for urgent treatment. But the waiting room is at full capacity and there are no available beds.

Jo and Julia’s ambulance – as well as eight others – must wait outside, with patients on board, until a space opens. Meanwhile, a Tannoy announcement advises patients in the waiting room to try another local A&E if they can.

‘This is the norm now,’ says Jo, while Julia adds: ‘Every shift you can be queuing for hours. And while we’re off the road, who’s looking after the patients out there?’ Eight hours later they finally deliver their patient into A&E. A 30-minute break and they head out to finish their 12-hour shift.

Back in the control room, we learn that 43 ambulance crews have been out of action – stuck outside hospitals waiting to offload patients into A&E. ‘That’s nearly half our vehicles,’ says a call-handler. Minutes later, a screen shows the figure has risen to 46.

The Mail on Sunday has heard from paramedics in other areas of the country who tell a grimly similar story. One, from the London Ambulance Service NHS Trust, who asked to remain anonymous, reveals that he’s had patients on board waiting as long as seven-and-a-half hours outside A&E.

He says: ‘We went to a lady in her late 80s who had fallen over at home. Her carers called an ambulance, but she had to wait 18 hours for us to turn up. When we got there, it was a terrible sight. She was frail and whimpering, was terribly dehydrated and had soiled herself.’

These callouts are not officially a priority, as there is no immediate threat to life. However, he adds: ‘Lying on a floor for that length of time can cause poor blood flow and dehydration which can risk damage to the heart and kidneys.’

We want to hear your story. Email: [email protected]

The paramedic spoke of occasions where patients have suffered ‘avoidable’ deaths because ambulances did not arrive in time, including earlier this year when a man in his late 60s rang for help, complaining of chest pains.

He says: ‘We didn’t get the job until eight hours later because of a shortage of available vehicles. There was no answer at the door, so we called the fire brigade to break it down.

‘We found him tucked up in bed and cold to the touch. We didn’t try to revive him as we knew he’d been dead for hours. I felt we’d let him down. There was a huge feeling of shame.’

For this paramedic, turning up hours after the 999 call has become ‘far too common’. He adds: ‘I worked in New Zealand at the start of my paramedic career, and never once had these kinds of delays. The longest I waited at hospital to hand over a patient was eight minutes. I was shocked when I saw what was happening here.’

Towards the end of the BBC show, back in the North East, another shift is beginning. We learn that the service’s ambulances are waiting outside hectic A&E departments for five to six hours.

Paramedic Becca is exhausted as she prepares to travel to her next job – a high-speed car crash with several injured victims.How does she deal with the pressure?

‘I just keep calm and carry on,’ she says.

‘Every time you go to the next patient, you have to forget about the job you’ve done before.’