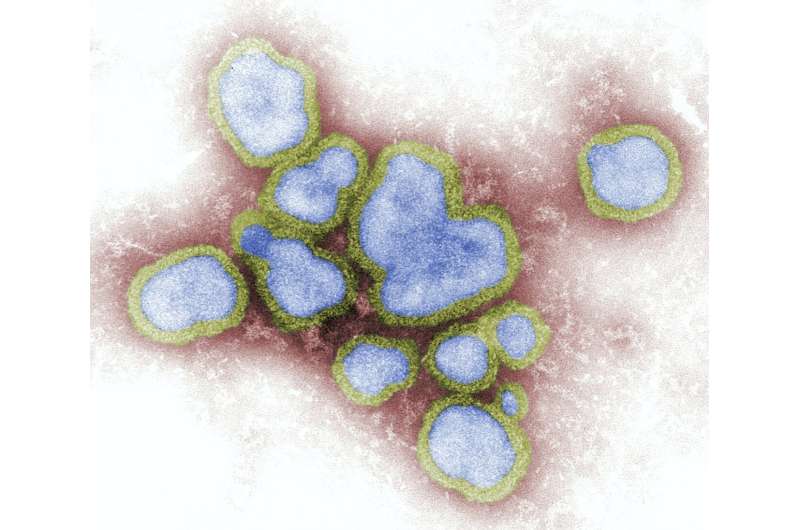 Some viral illnesses may increase a person’s chances of later developing Alzheimer’s disease or another neurodegenerative disorder. Though a causal link cannot be confirmed, an NIH study in which researchers mined the medical records of hundreds of thousands of people in Finland and the United Kingdom found significant associations.

As published in Neuron, elocon msd the researchers found there may be at least 22 pairings between a neurodegenerative disorder diagnosis and a previous viral infection that led to a hospital visit. The strongest risk association was between viral encephalitis—an inflammation of the brain caused by a virus—and Alzheimer’s disease. Meanwhile, hospitalizations due to pneumonia-causing flu viruses were linked to the diagnoses of several disorders, including dementia, Parkinson’s disease, and amyotrophic lateral sclerosis (ALS). The study results also raised the possibility that existing vaccinations may help some people reduce the chances of experiencing these disorders.

“Neurodegenerative disorders are a collection of diseases for which there are very few effective treatments and many risk factors,” said Andrew B. Singleton, Ph.D., director, NIH Center for Alzheimer’s Related Dementias (CARD); NIH Distinguished Investigator; and a study author. “Our results support the idea that viral infections and related inflammation in the nervous system may be common—and possibly avoidable—risk factors for these types of disorders.”

Neurodegenerative disorders damage different parts of the nervous system. Typically, this happens later in life and produces a variety of problems, including with thinking, remembering, and moving. Several previous studies have suggested that certain viruses may play a role in each of these disorders. For example, a 1991 study of autopsied brain tissue suggested there may be link between herpes simplex virus and Alzheimer’s disease. More recently, scientists found evidence for a link between the Epstein Barr virus and multiple sclerosis by analyzing patient blood samples and medical records. The latter study sparked the CARD team to conduct this new study.

“After reading the Epstein Barr virus study we realized that for years scientists had been searching, one-by-one, for links between an individual neurodegenerative disorder and a specific virus,” said Michael Nalls, Ph.D., leader of the NIH CARD Advanced Analytics Expert Group and study senior author.

“That’s when we decided to try a different, more data science-based approach. By using medical records, we were able to systematically search for all possible links in one shot.”

Led by Kristin S. Levine, M.S. and Hampton L. Leonard, M.S., two NIH CARD data scientists, the researchers mined the medical records of 300,000 individuals stored in FinnGen, a nationwide Finnish biobank. Specifically, they searched for individuals who had one of six neurodegenerative disorder diagnoses: Alzheimer’s disease, ALS, generalized dementia, multiple sclerosis, Parkinson’s disease, or vascular dementia; and then checked to see if a viral infection caused those individuals to make a prior visit to the hospital. Hospitalizations due to COVID-19 were not included in the study.

Initially, they found 45 significant associations between a neurodegenerative disease diagnosis and a previous viral infection. That number narrowed to 22 associations after the scientists performed a second search of UKBiobank, which contains the records of 500,000 individuals from the United Kingdom.

Of all the neurodegenerative disorders, generalized dementia had the most associations, with links to six different virus exposures. These exposures were categorized as viral encephalitis, viral warts, other viral diseases, all influenza, influenza and pneumonia, and viral pneumonia. Individuals who had viral encephalitis were at least 20 times more likely to be diagnosed with Alzheimer’s than those who did not experience that virus.

Severe cases of influenza were linked to the widest range of risks. Influenza and pneumonia exposures were associated with all the neurodegenerative disorder diagnoses except multiple sclerosis.

“Keep in mind that the individuals we studied did not have the common cold. Their infections made them so sick that they had to go to the hospital,” said Dr. Nalls, “Nevertheless, the fact that commonly-used vaccines reduce the risk or severity of many of the viral illnesses observed in this study raises the possibility that the risks of neurodegenerative disorders might also be mitigated.”

Further analysis of the FinnGen data suggested that the risks associated with some viruses may wear off over time. Here the researchers analyzed 16 of the 22 associations that were common between the FinnGen and the UKBioBank data. For all 16, the risks of being diagnosed with a neurodegenerative disorder was high within one year of an infection. However, only six of those associations remained significant if the infection happened five to 15 years before the diagnosis.

Finally, it is known that about 80% of the viruses observed in this study can invade the nervous system and trigger the immune system’s inflammatory response.

“The results of this study provides researchers with several new critical pieces of the neurodegenerative disorder puzzle,” said Dr. Nalls. “In the future, we plan to use the latest data science tools to not only find more pieces but also help researchers understand how those pieces, including genes and other risk factors, fit together.”