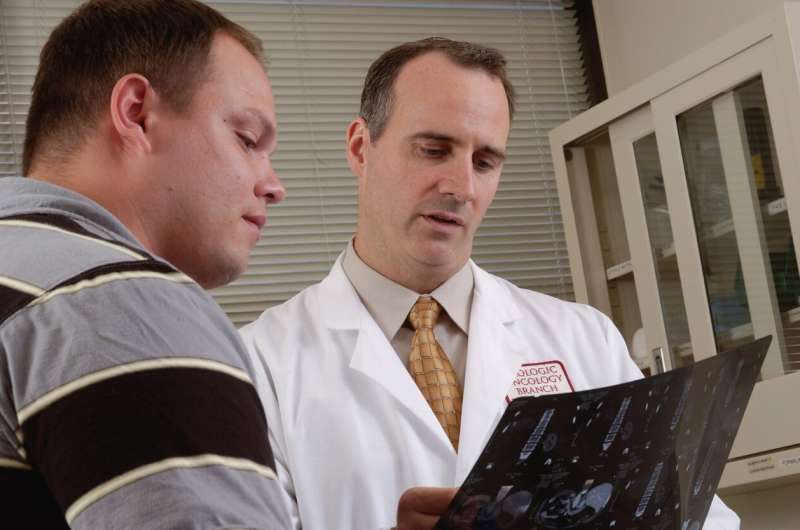 When it comes to determining next steps in hospital treatment, patients will frequently say, “I can’t decide that. You’re the doctor; you decide.” Some patients, however, symmetrel glaucoma prefer to decide treatment essentially on their own. These findings have been reported by Sabina Hunziker and her team in a large cohort study on the consequences of different patient attitudes now published in the Journal of General Internal Medicine.

The researchers discovered that patients who prefer to actively make decisions are less satisfied with their treatment and also are less trusting of hospital staff. “Thus, it is important to explore and consider these preferences, especially when major decisions are involved,” says Hunziker, head of medical communication at University Hospital Basel.

In carrying out their study, the researchers recorded nearly 800 bedside ward rounds. Patients were subsequently asked about their preferences, perceptions of the visit and care, and their medical knowledge, among other questions. The cases covered a variety of more or less complex medical conditions and all age groups. Previous studies of this type were much smaller and were limited to cancer.

The findings showed that more than two-thirds of patients prefer to decide next steps together with the treatment team. These patients obtain information from the professionals, but also contribute their own opinions. According to Hunziker, communication with this large subgroup generally works well and is especially important when there are two or more equally valid treatment options. In such cases, physicians should provide information about the choices, explain the advantages and disadvantages, and then evaluate individual preferences together with the patients.

Satisfaction is key to successful treatment

Around 20% of patients are more comfortable being passive, that is they prefer to leave everything up to the doctors. Surprisingly, however, this does not necessarily imply a lack of medical knowledge. According to the survey, members of this group were just as well informed about their illness as everyone else. “It’s perfectly fine to not want to make your own decisions,” says Hunziker. In some situations, it may even be a relief to relinquish responsibility or at least not to take an active part. Nevertheless, here too it is essential that patients be informed about options and consequences and agree to procedures.

Hunziker sees the greatest potential for improving communication among the roughly 15% of patients who mainly want to make their decisions on their own—especially inasmuch as they report having less trust in doctors and nurses. Ultimately, they are also less satisfied with the treatment they receive. “Dissatisfaction and the feeling of being inadequately cared for can have a negative impact on the course of the illness as well as on the success of treatment,” says Hunziker.

Dealing with these “active”-type patients requires talking to them in such a way that they don’t feel steamrolled and are free to voice their concerns. “It’s important to recognize exactly what such patients need at a given moment,” says Hunziker. “These are techniques you can learn to interact and communicate with such a patient in the best possible way.” The study’s findings flow directly into teaching at University Hospital Basel. There, medical students learn about proper communication over a six-year period, for example through mock conversation with actors or in real, everyday hospital life.