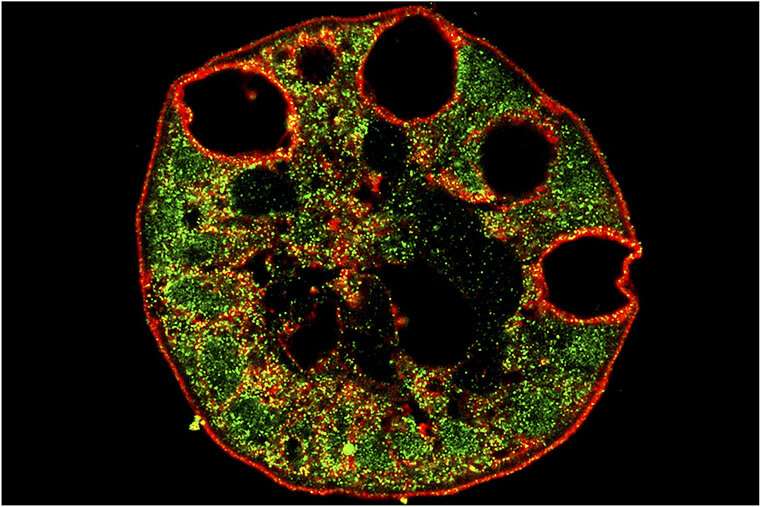 No evidence so far indicates that food or drinks can transmit the virus that causes COVID-19, but new research at Washington University School of Medicine in St. Louis suggests that people with problems in the upper gastrointestinal (GI) tract may be vulnerable to infection after swallowing the virus.

Studying tissue from patients with a common disorder called Barrett’s esophagus, the researchers found that although cells in a healthy esophagus cannot bind to the SARS-CoV-2 virus, esophageal cells from patients with Barrett’s have receptors for the virus, high dose amoxicillin otitis media children and those cells can bind to and become infected by the virus that causes COVID-19.

The study is published online Jan. 20 in the journal Gastroenterology.

“There is no evidence yet that people with Barrett’s esophagus have higher rates of COVID-19 or are at any greater risk, but part of the reason is because that hasn’t been studied,” said senior investigator Jason C. Mills, MD, Ph.D. “Now that we’ve connected these dots, it may be worthwhile to look and see whether people with Barrett’s have higher rates of infection.”

Part of the reason it’s been considered safe to eat and drink most foods during the pandemic is that they are unlikely to carry viral particles. And even if some viral particles are attached to food, stomach acid neutralizes the SARS-CoV-2 virus.

But when stomach acid backs up, people develop a disorder called gastric reflux that can cause long-term damage to the esophagus. In those with reflux disease, which affects about one in five people in the U.S., acid from the stomach backs up into the esophagus, causing heartburn and damaging the lining of the esophagus. Over time, in some people with reflux, cells in the esophagus change and begin to resemble intestinal cells. Intestinal cells have receptors that can bind to the novel coronavirus, so Mills and his colleagues reasoned that in Barrett’s patients, the cells that line the esophagus also would develop receptors that can bind to the virus and become infected.

In addition, standard medical management for patients with Barrett’s esophagus is to suppress gastric acid secretions with drugs such as proton pump inhibitors. By reducing stomach acidity, those drugs may inadvertently make it possible for the virus to pass through the stomach and into the intestine, where even the normal, healthy cells carry receptors for SARS-CoV-2.

Many patients with COVID-19—most of whom contract it by breathing in the viral particles—develop GI symptoms such as abdominal pain and diarrhea. The virus also has been found in the stool of COVID-19 patients. But this new study demonstrates that under the right circumstances, the virus also may have an impact in the upper part of the GI tract. As a result, Mills—a professor of medicine, of developmental biology, and of pathology and immunology—and his team believe esophageal cells in Barrett’s patients are potential gateways for infection.

“You can imagine that if someone already has low levels of the virus in their respiratory tract, that individual could swallow some respiratory secretions, and the virus could infect cells in the esophagus to make them sicker that way,” said Ramon U. Jin, MD, Ph.D., the paper’s co-first author and a clinical fellow in the Division of Medical Oncology who studies Barrett’s esophagus because it is a major risk factor for cancer of the esophagus. The other co-first author, Jeffrey W. Brown, MD, Ph.D., is an instructor in medicine in the Division of Gastroenterology.

In this study, the researchers analyzed tissue from 30 patients with Barrett’s esophagus and found that cells in the tissue samples all had receptors for the SARS-CoV-2 virus, which normal esophagus cells lack. They built and cultured mini organs from those and other esophagus tissue samples. Some of the sample organs were built with cells that came from healthy people while others came from patients with Barrett’s esophagus. The scientists built the mini esophaguses, called organoids, in a dish to learn how those model organs interacted with the SARS-CoV-2 virus.