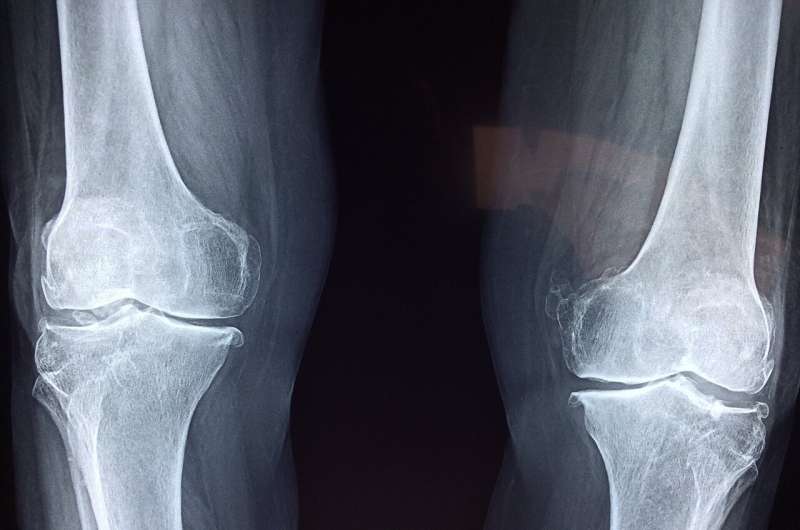 A new study in Aging Cell describes how a key protein called Signal Transducer and Activator of Transcription 3 (STAT3) might turn back the clock on aging cartilage that leads to osteoarthritis.

“STAT3 performs an astonishing repertoire of roles in development and regeneration, as well as inflammatory disease and cancer. In this study, we found an innovative chemical approach for reversing aging of joint-forming cells in a clinically relevant manner, because this intervention is simple and fully controlled,” said the study’s co-corresponding author Denis Evseenko, who is a Professor of Orthopaedic Surgery, and Stem Cell Biology and Regenerative Medicine at USC, theophylline solubility and holds the J. Harold and Edna LaBriola Chair in Genetic Orthopedic Research.

“We wanted to understand the role of STAT3 in cartilage cells during embryonic development as well as in the context of osteoarthritis,” said co-corresponding author Steve Horvath, a Professor of Human Genetics and Biostatstics at UCLA.

To accomplish this, first authors Arijita Sarkar, Nancy Q. Liu and their colleagues at USC and UCLA performed a series of experiments to uncover how STAT3 turns genes on and off through a process known as epigenetic regulation. Specifically, the team identified patterns of epigenetic regulation that correlate with the age of cartilage cells. These correlations served as the basis for creating what the researchers dubbed an “epigenetic clock” for cartilage cells.

The scientists then focused their attention on an important enzyme called DNA methyltransferase 3 beta (DNMT3B), which interacts with STAT3. When STAT3 was inactivated, DNMT3B kicked into high gear to add aging marks to the DNA molecule, and promoted the progression of knee osteoarthritis in injured mice.

In the arthritic knee cartilage of the mice, there was a significant population of cartilage cells that appeared to be turning back time and reverting to an immature state.

“These cells may be assuming more embryonic-like state as an attempt to enhance their capacity to develop new knee cartilage,” said Sarkar, who is a postdoc in the Evseenko Lab.

Unfortunately, while these immature cells make cartilage that is youthfully regenerative during embryonic development or acute injury, they seemed to create cartilage that is dysfunctionally immature in the context of a chronic condition such as osteoarthritis.

“When present on a longer term basis, hyperactivation of the immature program in cartilage cells is likely to promote inflammation and, ultimately, degeneration and fibrosis,” said Liu, a senior scientist in the Evseenko Lab.

In the future, the results of this study can inform the quest to develop treatments that harness STAT3’s power to promote regeneration without tapping into its tendency to trigger inflammation.