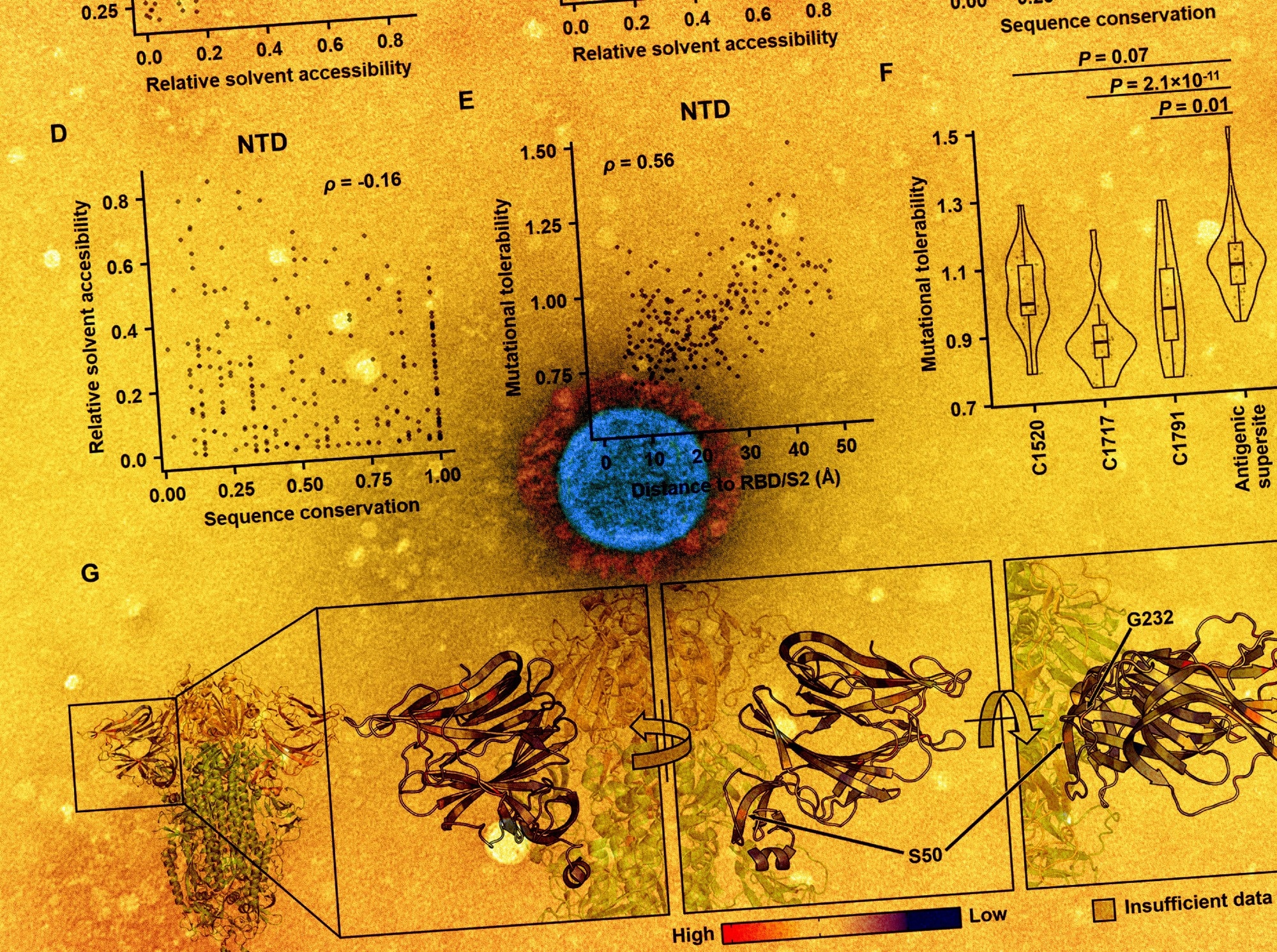 S glycoprotein, the primary antigen of SARS-CoV-2, is essential for enabling viral entrance. Therefore, developing the CoV disease 2019 (COVID-19) vaccines has depended on enhancing the SARS-CoV-2 S protein expression level. In addition to the receptor-binding domain (RBD), the S1 subunit of the S protein has an NTD.

While the RBD is typically considered immunodominant, clindamycin mexico india several reports depicted that neutralizing antibodies also target the NTD. Engineering RBD and the S2 subunit was the main focus of earlier anti-COVID-19 therapeutic efforts. On the other hand, NTD has long been disregarded because of the incomplete comprehension of its biophysical limitations.

In the present study, the researchers quantified the impacts of thousands of single mutations of NTD on the S protein expression in SARS-CoV-2 by deep mutational scanning.

The scientists developed a mutant library that includes all potential single amino acid mutations spanning residues 14–301 of the S protein to explore how NTD mutations affect SARS-CoV-2 S protein expression. They examined the expression score distributions of silent, nonsense, and missense mutations to gauge the quality of the deep mutational scanning findings. The authors created a heatmap to encapsulate the expression ratings for each mutation.

The scientists estimated the distance between each NTD residue and the S protein's S2/RBD. They created G232E, S50Q, and S50Q/G232E double mutant human embryonic kidney 293 (HEK293T) cell lines using the same landing pad strategy. The authors examined the local contexts of G232E and S50Q on the S protein's structure and conducted structural modeling with Rosetta App to investigate the effects these mutations had on the protein's structural integrity. 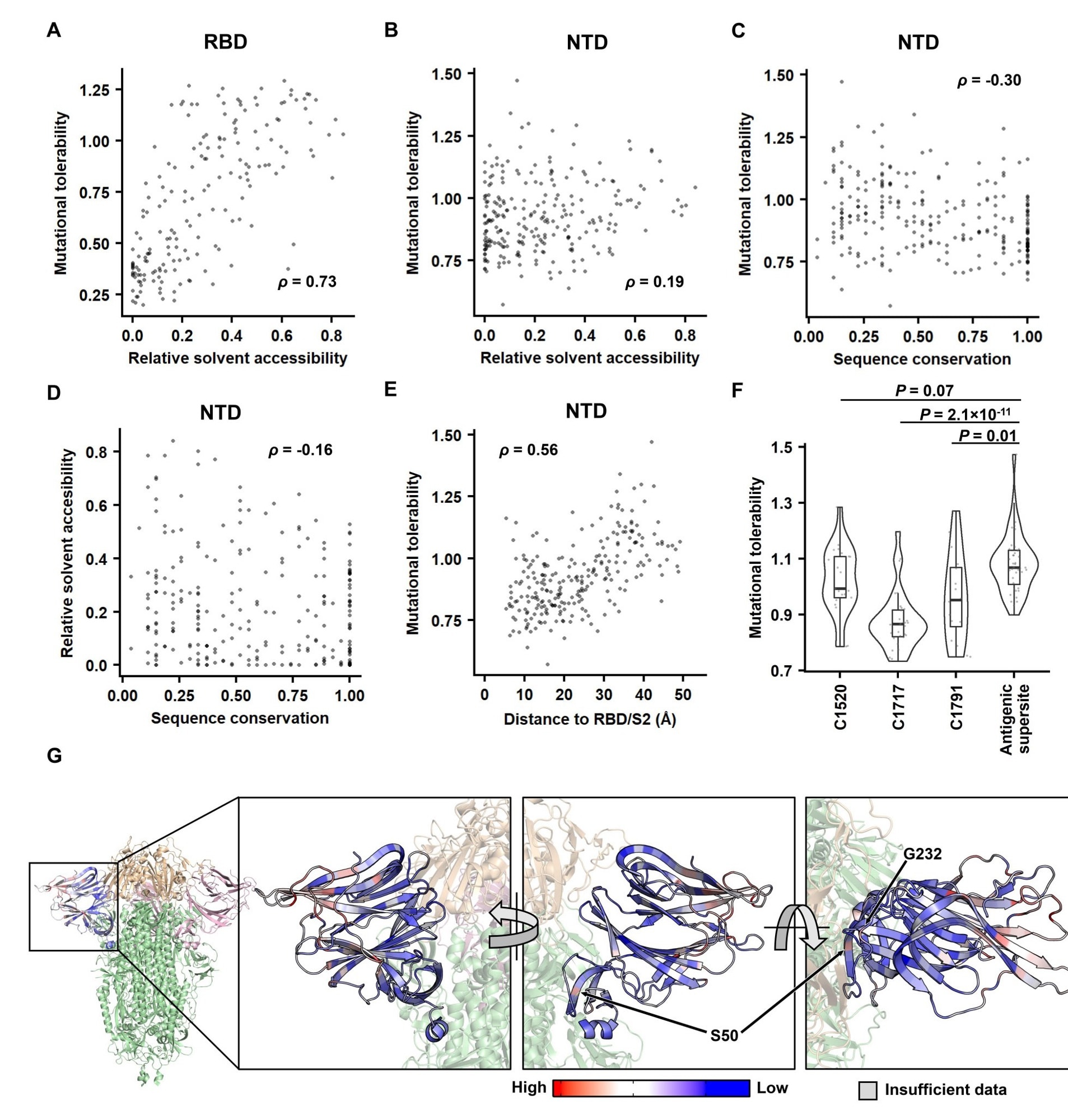 The two outliers, residues G232 and S50, displayed good mutational tolerance despite being close to RBD and S2, respectively. Two NTD mutations, G232E and S50Q, at the interdomain contact enhanced S protein expression without changing its antigenicity. The team found that G232E and S50Q in the NTD boost the expression rate of the S protein without modifying its melting temperature (Tm), similar to several previously reported mutations in the S2 unit.

Notably, G232E and S50Q were only two of numerous mutations that increase S protein expression, as per the deep mutational scanning data. Consequently, the current findings imply that mutations in NTD could offer a complementary method, even if the majority of research on S-based immunogen design concentrates on the S2 and RBD mutations.

According to the current research using deep mutational scanning, numerous NTD mutations at buried residues did not impact the expression of the SARS-CoV-2 S protein. Meanwhile, the closer an NTD mutation was to RBD/S2, the more probably it was damaging to the S protein expression. These findings suggest that the structural stability at the NTD-S2 and NTD-RBD interfaces was more relevant for optimal S protein expression than the NTD's folding stability.

The present results partially describe why the N1 to N5 loops, which were distant from the NTD-RBD/S2 interfaces and comprise the NTD antigenic supersite, differ notably between SARS-CoV-2 variants and sarbovirus strains. In addition to potentially increasing the efficacy of messenger ribonucleic acid (mRNA) vaccines, the authors stated that designing high expressing S protein might reduce the cost of producing recombinant SARS-CoV-2 vaccine.