CHICAGO — Fewer physicians today are in independent practice, a trend that some say could affect the cost and quality of healthcare.

To help protect the viability of independent physician practice, the American Medical Association (AMA) decided Monday that it will issue a report at least every 2 years in collaboration with the Private Practice Physicians Section to communicate their efforts to support such medical practices.

The AMA, in considering the report at the annual meeting of its House of Delegates, noted that many physicians are not members of the association possibly because they are not satisfied with nor are aware of its activities to help physicians stay in private practice.

Howard Huang, MD, a physical medicine and rehabilitation doctor and delegate from New York, speaking on behalf of the Medical Society of the State of New York, said in a reference committee hearing that this is the right time to highlight this issue because the COVID-19 pandemic has accelerated the decline in the number of physicians in independent practice.

“As someone whose 65-year-old practice was forced by financial considerations to be acquired by a hospital, panadol period pain and some might say sell out to a hospital, we want to ensure the viability of independent medical practice as a counterweight to hospitals who might otherwise unilaterally try to influence our practice,” he said.

Several doctors testified that the percentage of private practice physicians in their region or specialty has gone down significantly. Andrew Lazar, MD, said that when he began practicing dermatology in the early ’80s, 75% of dermatology practices were one- and two-person practices, but now fewer than 10% are.

“The current macrosystem is accelerating the extinction of small practices by incentivizing mergers and big corporations,” Lazar said. “Consolidation of the market will drive costs.”

Carl Wehri, MD, a family medicine doctor in Ohio, speaking on behalf of the Great Lakes State Coalition, said that even more than a report, “we need bold and decisive action by our AMA in the support of the private practice of medicine.”

Wehri said that without the AMA’s efforts, independent practice will continue to dissolve and that the effects will result in “loss of high-quality, cost-effective medical care for millions of our patients. We must not allow this to happen.”

He also said the AMA’s actions could be helpful in recruitment of independent physicians into the AMA.

Internist Richard Frankenstein, MD, who spoke on behalf of the American College of Physicians, pointed out that despite their decline in numbers, private practices will be around for a long time, whether by a doctor’s choice, subspecialty, or the reality of living in a rural community with few physicians.

“Small private practices will have to continue, and we need to support them so they can continue to provide high-quality care,” Frankenstein said.

Florida internist Jason Goldman, MD, is one such doctor who described himself as “a rare dying breed of solo practice.” He said with the support of the AMA, it’s possible not only to survive but also to flourish in private practice.

General surgeon Joseph Costabile, MD, an independent physician in New Jersey, said he has used the AMA’s resources on independent practice to educate and encourage his colleagues. He said he would like to see more information from the AMA, such as ideas on how to garnish referrals and sustain their practices.

Georgia cardiologist Ali Rahimi, MD, pushed for the AMA to commit to issuing a report at least every year rather than every 2 years.

“This would be something equal to having a patient on the hospital wards and checking on them once a week,” he said.

Alison Sherwood is a Chicago-based freelance journalist. She previously worked as a multimedia journalist and features writer and editor for the Milwaukee Journal Sentinel, where she was part of a team that won the Pulitzer Prize for explanatory reporting. 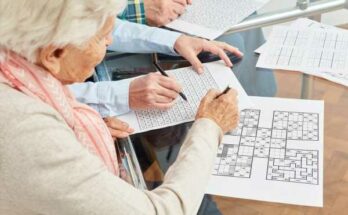