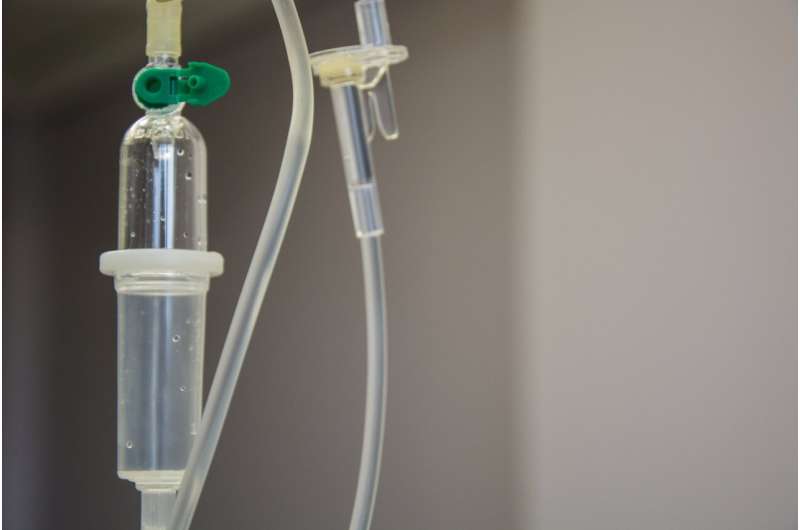 A new study offers a new option to patients with oligometastatic prostate cancer who want relief from hormone therapy without compromising the risk of their disease spreading. In the study, patients who received radiation in addition to intermittent hormone therapy lived longer without their disease progressing, and they were able to take longer breaks from the drug treatments. Results of the phase II trial (EXTEND; NCT03599765) will be presented today (Oct. 25) at the American Society for Radiation Oncology (ASTRO) Annual Meeting.

This study is the first randomized trial to evaluate the impact of adding radiation to hormone therapy for patients with oligometastatic prostate cancer—meaning those whose cancer has spread throughout the body to five or fewer lesions, or metastases.

Because most prostate cancer cells rely on testosterone to grow, singulair blocks leukotrienes standard treatment typically involves therapy to deprive the body of the hormone. A growing number of studies indicate that local therapies like radiation and surgery combined with hormone therapy can improve outcomes for patients with oligometastatic disease, and the EXTEND trial is the first to demonstrate it in a randomized clinical trial.

“Using radiation for oligometastatic prostate cancer can result in excellent tumor control and good long-term outcomes, and it may allow us to give these patients long breaks from hormone therapy,” said Chad Tang, MD, lead author of the study and an associate professor of radiation oncology at The University of Texas MD Anderson Cancer Center in Houston.

Hormone therapy is an effective tool to extend survival for metastatic cancer patients, but it often causes difficult side effects, said Dr. Tang. Depleting testosterone can lead to low energy, impotency and hot flashes—what might be described as “male menopause”—as well as increased risk for cardiovascular disease, osteoporosis and mental health disorders.

EXTEND is a basket trial involving adults with five or fewer metastases from different types of solid tumors. The study from Dr. Tang’s team is the primary analysis of the prostate basket, which enrolled 87 participants who were on intermittent hormone therapy for prostate cancer. These patients were randomized to receive hormone therapy either with (n=43) or without (n=44) local therapy. Options for local therapy included radiation, surgery or cryotherapy to all sites of oligometastatic disease; all men on the trial received radiation therapy.

The median follow-up was 22.1 months, and during that time, 41 patients’ cancers progressed. Those who received local therapy as well as hormone therapy experienced longer progression-free survival (median not reached vs. 15.8 months for hormone therapy-only; HR 0.25, 95% confidence interval 0.12–0.55, p<0.001).

The “potent synergy” between radiation and hormone therapy may be key to the combined treatment’s promise, said Dr. Tang. “Hormone therapy has been shown in multiple studies to synergize with radiation therapy to reduce prostate cancer cells’ ability to repair themselves from radiation-induced DNA damage,” he explained.

In addition to clinical outcomes, the research team also examined the immune stimulating effects of radiation. “In our study, we saw increased T-cell activation and other signals of greater immune activity in patients on the combined therapy arm but not in the hormone therapy-only arm.”