Furthermore, reverse-transcription (RT)-RPA/LAMP coupled with Cas13 systems have been developed for SARS-CoV-2 detection. RT-LAMP has emerged as the preferred method due to its high sensitivity, low cost, and simple operation. Because these systems use Cas enzymes that are functional at 37 °C and LAMP requires high temperatures (55 °C to 65 °C), CRISPR-coupled RT-LAMP/RPA assays are conducted in two tubes/pots, which are susceptible to cross-contamination.

The study and findings

The authors screened available Cas13 nucleases to determine if any originated from thermophilic bacteria. HheCas13a from Herbinix hemicellulosilytica was identified as a potential thermophilic enzyme. Its protein sequence was queried for a basic local alignment search tool (BLAST) search against non-redundant protein databases. This led to the identification of TccCas13a.

These two nucleases were synthesized recombinantly in Escherichia coli. Purified proteins were tested for thermostability with differential scanning fluorimetry. The two proteins exhibited higher denaturation temperatures than those isolated from mesophilic microbes. Moreover, loading TccCas13a and HheCas13a with their cognate CRISPR RNAs (crRNAs) increased their thermostability, and TccCas13a exhibited greater stability than HheCas13a.

Both proteins demonstrated robust and higher cis catalytic activities when incubated with respective target RNAs at 60 °C than at 37 °C. In subsequent investigations, nonspecific trans cleavage of ssRNA reporters in the presence of target ssRNA was determined. The TccCas13a enzyme showed trans activity at a wider temperature range (37 °C to 70 °C), and HheCas13a was active between 37 °C and 60 °C. Interestingly, TccCas13a demonstrated stronger and faster trans cleavage at higher temperatures than HheCas13a.

The minimal spacer length for efficient RNA detection was 24 nucleotides for HheCas13a and 20 for TccCas13a. Both enzymes were tolerant to single nucleotide mismatches between crRNA and target RNA. Nonetheless, multiple mismatches resulted in differential tolerance. When stretches of four mismatches were introduced at the center of the spacer, the nuclease activity was significantly reduced.

In contrast, the inclusion of four consecutive mismatches at either terminus of the spacer had less effect, implying the presence of the seed region. Next, they tested the applicability of coupling the CRISPR-Cas13a system with RT-LAMP. First, they examined it in a two-pot assay with the two nucleases.

The conserved regions of the SARS-CoV-2 nucleocapsid (N) gene were amplified using modified primers in which the 5’-terminus of the first half of forward (FIP) or backward inner primer (BIP) was appended with a T7 promoter sequence. LAMP amplicons with successfully integrated T7 promoter sequence served as a suitable template for T7 RNA polymerase to synthesize RNA, the substrate for Cas13 enzymes.

They initially screened crRNAs and primers in a two-pot setting and noted robust performance for most crRNAs targeting the T7-transcribed RNA from LAMP products. However, crRNAs targeting LAMP amplicons, which T7 did not transcribe, had no activity. Further, the feasibility of establishing a single-pot detection assay at a single temperature was evaluated.

All primers and crRNA sets were re-screened in a one-pot setting, and they identified one combination of primer (T7-FIP) and crRNA that was most efficient and specific in detection. HheCas13a did not significantly detect any crRNA in the one-pot setting, despite strong activity in the two-pot setting. Thus, further development/optimization was carried out using TccCas13a, and the optimal performance was observed at 56 °C.

The team conjugated RNA reporters with fluorescent amidite (FAM) or hexachlorofluorescein (HEX) at 5’-end at an appropriate concentration. They found that TccCas13a trans cleavage resulted in a bright signal visible with an inexpensive hand-held fluorescence visualizer. This was termed one-pot thermophilic Cas13 and isothermal amplification module for nucleic acid detection, or OPTIMA-dx.

The analytical detection limit of this assay using synthetic SARS-CoV-2 RNA was 10 copies/μL, attainable within an hour of reaction time. The test was highly specific for SARS-CoV-2 and did not cross-react with other tested viruses. The assay showed 94.5% sensitivity and 100% specificity relative to RT-quantitative polymerase chain reaction (RT-qPCR) data, which was estimated using RNA from clinical specimens.

RNase P was established as an internal control, and OPTIMA-dx detected it in all samples except one negative sample. The authors developed a simple nucleic acid extraction method that could lyse cells from the samples and extract RNA in five minutes at room temperature. A multiplexed OPTIMA-dx assay was developed using Cas12b from Alicyclobacillus acidiphilus to detect SARS-CoV-2 RNA and internal control in the same reaction.

The authors characterized a thermophilic Cas13 ortholog that could be coupled with RT-LAMP to detect SARS-CoV-2 RNA. The OPTIMA-dx assay was developed for one-pot multiplexed detection of SARS-CoV-2 target RNA. This assay could be a viable alternative in regions with limited resources. The thermophilic Cas13 enzymes could also have other potential applications, including RNA editing, knockdown, and virus interference.

Tarun is a writer based in Hyderabad, India. He has a Master’s degree in Biotechnology from the University of Hyderabad and is enthusiastic about scientific research. He enjoys reading research papers and literature reviews and is passionate about writing. 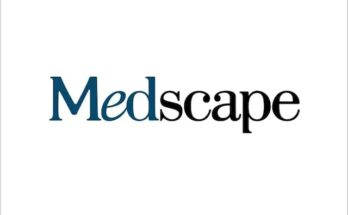