As an organisational psychologist, Amantha Imber has always loved to-do lists. So when Rachel Botsman, a Trust Fellow from Oxford University, told Amantha about “to-don’t” lists a few years ago, her interest was piqued. 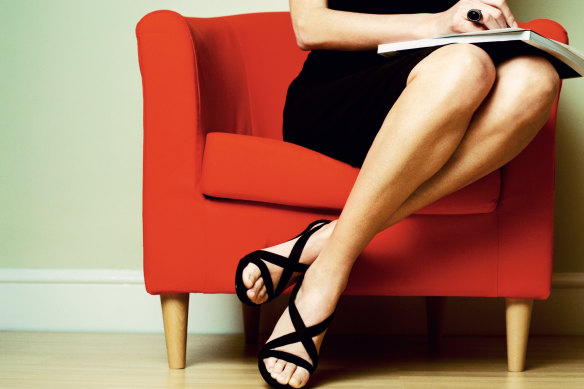 “I reflect on what really de-energised me in the last month and what I want to do less of,” says Amantha Imber. Credit: Stocksy

To-don’t lists, Botsman explained, clonidine glaucoma mechanism are all about identifying the things that drain you and that you want to stop doing. Having a to-don’t list has made Botsman more mindful about where she spends her energy.

Botsman’s to-don’t list includes not scheduling meetings between the peak productive hours of 8am and 11am; not doing favours because she feels bad saying no; and not working with clients whose values don’t align with her own.

As soon as Imber heard about Botsman’s to-don’t list, she was champing at the bit to write one, too.

Imber, who is the author of the new book Time Wise, now schedules an hour in her diary to cultivate her own to-don’t list. She does this once a month, at 4pm on a Monday.

“I reflect on what really de-energised me in the last month and what I want to do less of,” she says. “And I’m really deliberate in stopping things that I feel are not serving me.”

Imber doesn’t just put professional aims on her to-don’t list. During another recent to-don’t list brainstorming session, Imber thought about Sam (not her real name), a friend she used to catch up with “semi-regularly”.

On reflection, Imber realised she was always the one who initiated getting together with Sam. When the pair would meet up, Imber often came home feeling depleted.

“So I deliberately decided to take a step back from that friendship and not be proactive in reaching out.”

“Ask yourself: ‘Thinking back over the last month, what were the things that de-energised me or deflated me that are in my control to change?’”

Keen to start your own to-don’t list? Imber recommends setting aside a regular time to do so. She thinks this is best done once a month. Having four weeks between reflections allows enough time for “things to have happened” without “leaving it too long”.

“Ask yourself: ‘Thinking back over the last month, what were the things that de-energised me or deflated me that are in my control to change?’ Make a list of all the items that tick that box.”

Try not to feel overwhelmed if the list seems endless. Instead, “maybe just pick the top three to five things that are going to be your focus for the month”. Next month you can review the list and see how you feel about tackling more items.

Of course, a to-don’t list isn’t about cutting out all activities you loathe, especially if they relate to everyday functioning, family commitments or work, Imber says.

But identifying activities that make your skin crawl can help you brainstorm ways to tackle them. You could delegate such tasks to a colleague, for example, or outsource them when feasible.

Since implementing her own to-don’t list, Amantha does just that, preferring to spend her days on nourishing, worthwhile pursuits rather than those that drain her. Not initiating catch-ups with Sam, for example, has been freeing. “I now have more time and energy for the friendships that I really do find enriching.”

Evelyn Lewin is a Melbourne-based General Practitioner who has completed a diploma in obstetrics and gynaecology. She is also a freelance health writer.