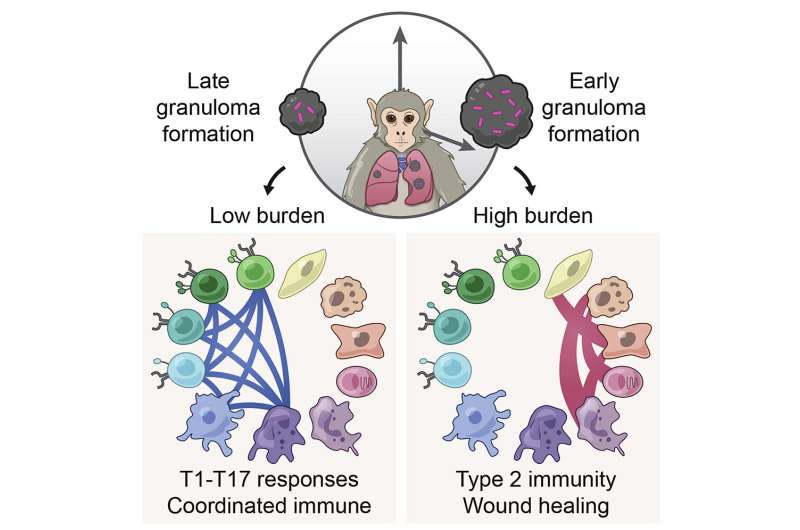 More than 1.7 billion people—or a quarter of the world’s population—are infected with Mycobacterium tuberculosis, the bacterial strain that causes tuberculosis (TB). For years, western medicine shop in beijing scientists have been working to develop an effective vaccine, but current TB vaccines are only partially protective. New research by a team including investigators at Massachusetts General Hospital (MGH), Massachusetts Institute of Technology (MIT), the Ragon Institute of MGH, MIT and Harvard, and the Harvard T.H. Chan School of Public Health (Harvard Chan) has identified helpful and unhelpful aspects of the immune response that determine whether the body can keep TB infections under control. The findings, which are published in Immunity, may be helpful for designing a more effective vaccine.

Although the body’s immune system can often keep M. tuberculosis infections under control so that people don’t experience any symptoms, there were more than 10 million active cases in 2017, with 1.6 million TB-related deaths. In response to active infection, which usually attacks the lungs, the body forms granulomas—tiny clusters of immune cells and other tissue-resident cells. In some granulomas, immune activity promotes bacterial clearance, but in others, bacteria persist and grow. These different granuloma responses can even be seen in the same individual.

“Identifying which cellular and molecular features associate with bacterial control could potentially point to new therapeutic and prophylactic strategies for TB,” says co–senior author Alex K. Shalek, Ph.D., a principal investigator who conducts research through the Ragon Institute of MGH, MIT and Harvard as well as through the Institute for Medical Engineering and Science, the Department of Chemistry, and the Koch Institute for Integrative Cancer Research at MIT and the Broad Institute of MIT and Harvard. To do so, Shalek and his colleagues used their single-cell profiling tools and teamed up with scientists in the lab of JoAnne Flynn, Ph.D., at the University of Pittsburgh School of Medicine, who had helped develop a monkey model that recapitulates the features of human TB and had also devised ways to track and quantify bacterial load and killing in individual granulomas.

“With TB, the immune response is pretty good but not great, and until recently, the field has tackled that problem with very rudimentary tools. This collaboration is bringing the very best tools and the very best minds to bear on a really hard, really important problem that most of the world ignores because it primarily impacts the global poor,” says co–senior author Sarah Fortune, MD, chair of the Department of Immunology and Infectious Diseases at Harvard Chan and an associate member of the Ragon Institute.

The collaborators’ efforts revealed that bacterial persistence occurs in granulomas enriched with certain cells—specifically mast, endothelial, fibroblast and plasma cells—that signal amongst themselves via particular pathways. Granulomas that supported bacterial clearance are characterized by other kinds of cells—including type 1-type 17, stem-like, and cytotoxic T cells—and use other types of signaling pathways.