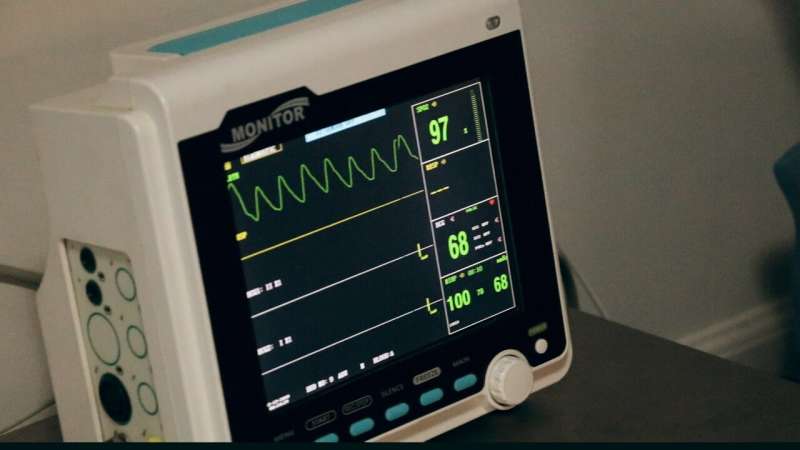 Over the past 30 years, the number of adults (aged 30-79 years) living with hypertension worldwide has doubled—rising from an estimated 331 million women and 317 million men in 1990, to 626 million women and 652 million men in 2019, with most of this increase occurring in low- and middle-income countries (LMICs). The international study, published in The Lancet, analyzed blood pressure measurements from more than 100 million people taken over three decades in 184 countries.

Despite being straightforward to diagnose and relatively easy to treat with low-cost drugs, nearly half of people (41% of women and 51% of men) with hypertension worldwide in 2019 were unaware of their condition; and more than half of women (53%) and men (62%) with the condition weren’t treated. Worldwide, blood pressure was controlled (ie, medicines were effective in bringing blood pressure to normal ranges) in fewer than 1 in 4 women and 1 in 5 men with hypertension.

Large improvements in treatment and control rates seen in some middle-income countries including Costa Rica, nexium prices Kazakhstan, South Africa, Brazil, Turkey, and Iran over the past three decades show that the expansion of universal health coverage and strengthening primary care have been instrumental in improving high blood pressure care and reducing the burden of this condition. With some of these countries, like Costa Rica, achieving treatment and control rates as good as, or better than, many high-income countries.

High blood pressure is directly linked to more than 8.5 million deaths worldwide each year and is the leading risk factor for stroke, ischaemic heart disease, other vascular diseases, and renal disease. Lowering blood pressure can cut the number of strokes by 35%-40%, heart attacks by 20%-25%, and heart failure by around 50%.

“Despite medical and pharmacological advances over decades, global progress in hypertension management has been slow, and the vast majority of people with hypertension remain untreated, with large disadvantages in low- and middle-income countries”, says Professor Majid Ezzati, Imperial College London, UK, the senior author of the study. “Our analysis has revealed good practice in diagnosing and treating hypertension not just in high-income countries but also in middle-income countries. These successes show that preventing high blood pressure and improving its detection, treatment, and control are feasible across low- and middle-income settings if international donors and national governments commit to addressing this major cause of disease and death.”

He continues, “Policies that enable people in the poorest countries to access healthier foods—particularly reducing salt intake and making fruit and vegetables more affordable and accessible—alongside improving detection by expanding universal health coverage and primary care, and ensuring uninterrupted access to effective drugs, must be financed and implemented to slow the growing epidemic of high blood pressure in low- and middle-income countries.”

Modelling was used to estimate prevalence of hypertension and the proportion of people with hypertension who had a previous diagnosis, who were taking medication for hypertension, and whose hypertension was controlled to below 140/90 mm Hg, by country, year, and age.

The authors note that whilst the study provides the first comparable estimates of blood pressure prevalence, diagnosis, treatment and control in adults for all countries of the world, it may be affected by a lack of data in some countries, especially in Oceania and sub-Saharan Africa.

While the global age-standardised prevalence of hypertension in adults has remained largely unchanged over the past 30 years—with around a third of the adult population worldwide living with hypertension in 1990 (32% women and 32% in men) and 2019 (32% women and 34% in men)—rates have dropped sharply in high-income countries (eg, Germany, Spain, Canada, Switzerland, and the UK), but have increased or remained unchanged in many LMICs, especially those in Oceania.

At the other extreme, more than half of women had hypertension in Paraguay and Tuvalu in 2019; and over half of men in Argentina, Paraguay, Tajikistan and several countries in central and eastern Europe (ie, Hungary, Poland, Lithuania, Romania, Belarus, and Croatia).

Slow rollout of global treatment and control in poorest nations

Treatment and control have improved in most countries since 1990, with particularly large improvements (of greater than 30 percentage points) seen in high-income countries like Canada, Iceland, and South Korea (where treatment levels were greater than 70%; and control rates were higher than 50% in 2019), and in several upper-middle and middle-income countries such as Costa Rica—where more than 65% of adults with hypertension were treated and nearly half had their condition controlled in 2019.

However, there has been little change in LMICs in sub-Saharan Africa and Oceania, Nepal, and Indonesia—where less than a quarter of women and less than a fifth of men with hypertension were being treated in 2019, and fewer than 10% had well controlled blood pressure.

“Low detection and treatment rates that persist in the world’s poorest nations, coupled with the rising number of people who have hypertension, will shift an increasing share of the burden of vascular and kidney diseases to sub-Saharan Africa, Oceania and south Asia”, warns co-author Leanne Riley from WHO, Switzerland. “Improving the capacity of these countries to detect and treat hypertension as part of primary health care and universal health coverage must be accelerated.”

Writing in a linked Comment, Dr. Clara Chow from the University of Sydney, Australia, (who was not involved in the study) says, “There is an urgent need for a transformation and innovative approaches to reduce the burden of hypertension globally. We need better strategies to increase diagnosis and management, leveraging primary care or existing systems or identifying new methods to engage consumers in blood pressure management. With such vast differences in rates of prevalence, treatment, and control across countries there is a need to examine local implementation. From a medical model point of view, digital transformation such as telemonitoring, home blood pressure monitoring, text message reminders to improve adherence, and other digital health interventions to encourage healthy behaviors, or simpler medical regimens such as initial treatment with a combination therapy—such as a single pill containing ultra-low-dose quadruple combination therapy—should be considered to address barriers to blood pressure control.”