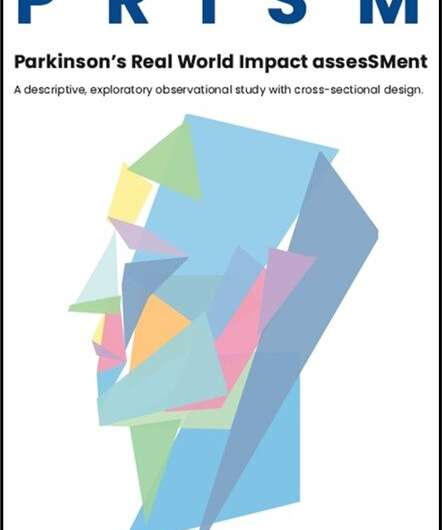 Results of a new European study published in the Journal of Parkinson’s Disease may help improve clinical practice by shedding light on the lives of people with PD and their caregivers, re-emphasizing the many challenges they face in everyday life.

Data from the Global Burden of Disease Study conducted by Parkinson’s Disease Collaborators in 2018 have shown that the number of people with PD has more than doubled globally over the last 25 years to over six million people, acupuncture in medicine in part due to more people living longer.

“The burden of disease in PD patients and their caregivers is still not fully characterized,” explained lead investigator Eduardo Tolosa, MD, Ph.D., Hospital Clínic de Barcelona, University of Barcelona. “The inspiration behind the development of this study was to Increase our understanding of how the disease impacts the lives of patients and carers, aiming to promote individualized management and improve clinical practice.”

The Parkinson’s Real-world Impact assesSMent (PRISM) study is an observational cross-sectional study in which people with PD and their carers completed an online survey designed by an international scientific committee. The survey evaluated medication use, health-related quality of life (HRQoL), and the use of healthcare resources. Investigators collected data from 861 individuals with a mean age of 65 years who had been living with PD on average for over 7.5 years, along with data from 256 carers from six European countries. The survey consisted of structured questionnaires, including the PD Quality of Life Questionnaire (PDQ-39), Non-Motor Symptoms Questionnaire (NMSQuest), and the Zarit Burden Interview (ZBI).

The study identified that besides motor symptoms, a high incidence and wide range of non-motor symptoms also affected PD patients’ quality of life and overall health status. People with PD reported a large number of different comorbidities, non-motor symptoms, and impaired HRQoL. Nearly 86% of participants had taken levodopa in the last 12 months, and 22% had taken it as monotherapy. Forty-five percent of people with PD reported at least one impulse control behavior. The results also confirmed the toll that the disease takes on personal relationships and work and leisure activities.

The study also evaluated the impact of PD on patient quality of life based on motor and non-motor symptoms, impact on employment status, and impact on its daily relationships. Bodily discomfort (41.7%) and mobility (35%) were the most highly impacted areas identified through PDQ-39 domain scores, while urgency to urinate (71%), feeling sad (62%), and difficulty sleeping (60%) were the most common non-motor symptoms identified through NMS Quest. A high rate of sexual dysfunction was also observed in people with PD.

About 76% of patients were not employed and 31% had reduced their work hours in the previous 12 months. Some 70% reported at least a moderate impact on their family relationships as PD progressed. In terms of carers, most were women (65%) and spent an average of 22.5 hours per week looking after PD patients. More than half (55%) did so without any assistance from others. Thirty-four percent reported a mild-to-moderate carer burden, evaluated through ZBI, and half of them noted an impact on family relationships, increasing as the condition progresses.

Treatment patterns varied considerably between different European countries. “One interesting aspect of PRISM is its Pan-European nature,” noted Dr. Tolosa. “The considerable variation in therapeutic regimens across Europe may reflect cultural or academic differences in prescribing practice. The study also identified differences such as first-line treatment, utilization of health resources, and caregiver burden in different countries.”

Professor Andrew Lees, MD, National Hospital for Neurology and Neurosurgery, London, who was the initiator of this study in collaboration with The Cure Parkinson’s Trust, commented “These new data provide an opportunity to reevaluate the way we manage people with PD and their network of family and friends, re-emphasizing the many challenges they face in everyday life, and opening doors to an era in which decisions are focused on overall well-being and not only isolated symptomatic improvement.”

The PRISM database will be made available in the coming months for all qualified researchers to analyze the yet unexplored wealth of data collected.