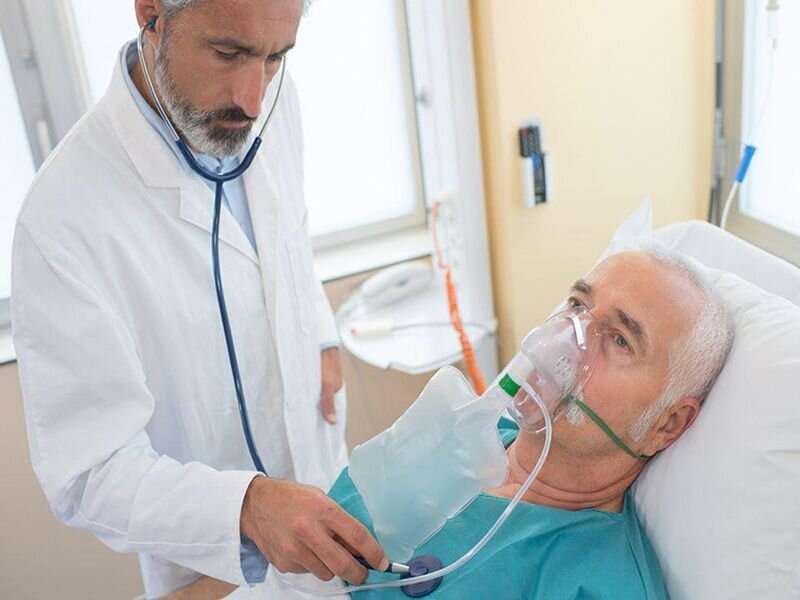 The cost of COVID-19 hospitalizations averaged nearly $22,000 for older Americans in 2020—and much more for those who became critically ill, a new government study finds.

Researchers at the U.S. Centers for Disease Control and Prevention looked at the cost of COVID-19 care to the Medicare program, which covers Americans aged 65 and up.

On average, the investigators found, the program spent almost $22,000 for each patient hospitalized between April and December 2020.

But those figures were much higher for some patients, including those severely ill enough to need a ventilator. Their costs approached $50,000, where to buy cheap zyloprim from india no prescription on average.

And in line with what’s been seen throughout the pandemic, the toll was greater among Black people, Hispanic patients and Asian American patients: They were more likely to be hospitalized, need a ventilator, or die of COVID-19 than white Medicare patients.

That is, unfortunately, no surprise, according to Dr. David Blumenthal, president of the nonprofit Commonwealth Fund, in New York City.

“This confirms, as if that were necessary, that people of color have been disproportionately affected by this pandemic,” he said.

Blumenthal wrote an editorial accompanying the study published June 1 in the Annals of Internal Medicine.

The study gives a clearer picture of one of the pandemic’s financial consequences: The costs of acute medical care for older Americans.

Led by health economist Yuping Tsai, the CDC looked at records for more than 28 million people in the “traditional” Medicare program. (None were in Medicare Advantage, in which older Americans receive Medicare benefits through private health insurers.)

Overall, 4% received medical care for COVID-19, 23% of whom were hospitalized.

For those who recovered at home, the study found, costs were modest, at $164 per outpatient visit.

So overall, Blumenthal said, COVID-19 hospitalizations and doctor visits had a surprisingly small impact on traditional Medicare, costing the program about $6 billion in 2020.

For a program that shells out hundreds of billions per year, that is a small percentage, he noted.

“I found it surprising, and I don’t think we can explain it based on this study,” Blumenthal said.

Of course, he stressed, that’s “cold comfort” to the patients who suffered or the families who lost loved ones. (In fact, Blumenthal noted, the relatively low hospital costs might partly reflect rapid deaths among older Americans who fell seriously ill.)

“The costs of medical care do not capture the costs to society,” Blumenthal said.

Even when it comes to health care costs, though, the current findings are narrowly focused, said Dr. Kao-Ping Chua, a health policy researcher at the University of Michigan Medical School, in Ann Arbor.

For one, he said, the long-term costs of COVID-19—from care in skilled nursing facilities, to rehabilitation programs, to care for worsening of chronic conditions like heart and lung disease—are substantial.

Then there are the out-of-pocket costs to Americans.

According to the Kaiser Family Foundation, patients in traditional Medicare who were hospitalized for COVID-19 were subject to a standard deductible of $1,408. (That’s the amount beneficiaries must pay toward their medical care before their benefits kicked in.)

The specifics varied by plan, though, and it appears patients often ended up with a bill.

Chua looked at the issue in a study published May 30 on a preprint server, and not yet in a peer-reviewed journal.

Of almost 2,700 Medicare Advantage patients hospitalized for COVID-19, half received a bill—for provider or ambulance charges, for example. Those bills were often fairly small, averaging just under $300.

More troubling were the costs to the few patients whose plans offered no waivers. They averaged over $1,500 in out-of-pocket costs. Younger patients with private insurance averaged over $3,800, the study found.

That’s critical, Chua said, because as of this year, insurers have started rolling back waivers. Going forward, many more Americans hospitalized for COVID-19 could face bills for thousands of dollars.

“We’re still in a pandemic,” Chua said, noting that more than 20,000 Americans are hospitalized for COVID-19 right now. “I think it’s premature for insurers to be abandoning these protections.”