Banking giant Westpac is closing in on a settlement with the financial intelligence regulator for breaching anti-money laundering laws and failing to stop child exploitation payments in what is expected to be the largest civil penalty in Australian corporate history.

Board directors at the nation's second largest bank held a telephone conference call to discuss the fine on Wednesday after negotiations with the Australian Transaction Reports and Analysis Centre (AUSTRAC) had picked up pace in recent weeks.

Banking industry sources, who requested anonymity because the talks are confidential, told The Age and The Sydney Morning Herald the penalty could be more than $1 billion and would be announced at a joint press conference in coming days. One source close to the negotiations said the $1 billion figure was "not definitely locked in" but talks between the parties had escalated and a settlement was close to being agreed. 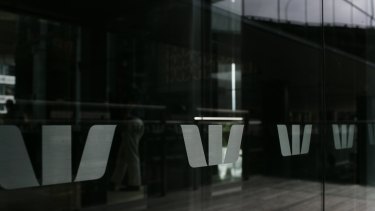 A penalty of around $1 billion would be a new record corporate fine in Australia, surpassing Commonwealth Bank’s $700 million settlement, also with AUSTRAC, in 2018. CBA was fined for facilitating money laundering linked to arms and drugs dealers through its ATMs. The fine dwarfed the previous record, of $45 million paid by Tabcorp to settle its money-laundering case with Austrac in 2017.

The big four bank had previously flagged it intended to accept most of the charges put forward by AUSTRAC in a bombshell statement of claim lodged in the Federal Court last November.

The bank set aside a $900 million provision for the fine in April, including an additional $160 million to improve its financial crimes detection procedures and donations to child exploitation agencies.

AUSTRAC alleged the bank breached anti-money laundering laws 23 million times by failing to properly vet thousands of international transactions, including customers who paid for child exploitation and live child sex shows in the Philippines and other parts of South East Asia.

Westpac released the findings of its own investigation into the compliance breaches in June, with two major investigations blaming technology failures, leadership misjudgments and poor systems for the breaches.

The bank has been hit with three shareholder class actions over the AUSTRAC lawsuit after investor concerns led to a sell off in its shares.

A Westpac spokesperson said the bank was unable to comment because the matter was before the courts.