Unisuper members are bracing for an overhaul of the $80 billion fund's approach to climate change after facing sustained pressure from academics and university professionals to divest holdings in fossil fuel producing companies.

The industry fund for university workers told members it would make an announcement this week that would demonstrate its position as an "industry leader" on climate change.

"Unisuper supports the aims of the Paris Agreement and sees decarbonisation as a key investment theme for at least the next decade," an email to members, obtained by The Age and The Sydney Morning Herald, said. 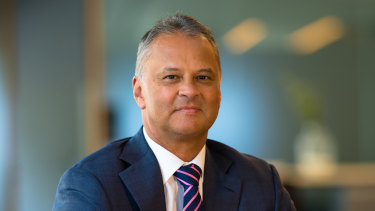 The fund told members its investment teams had pushed all companies – in particular oil and gas companies – to align their business models with a net zero trajectory.

"To encourage greater ambition, next week we will make an announcement that we believe will demonstrate our position as an industry leader with respect to our commitment to the aims of Paris Agreement," it said on Friday.

Activist group Market Forces campaigner Will van de Pol said the minimum expectation for the announcement would be a net-zero target across all investment portfolios. "But we're also hoping to see a plan to get out of all fossil fuels, particularly oil and gas producers.

"If Unisuper are saying they’re moving to a leadership position, that’s what would be expected," Mr van de Pol said.

HESTA and First State Super launched new climate policies in July that include 2050 net-zero targets and divestment from thermal coal companies. Cbus also made a commitment in August to have a net-zero emissions investment portfolio by 2050 but stopped short phasing out existing investments in the fossil fuel industry.

"A lot of people are saying things like net-zero by 2050 but without a program for how they’ll get there," Dr Walker said. "The only way that’s achievable is to stop digging up fossil fuels and stop allocating capital to new projects."

Unisuper is hosting a climate risk update for members on Thurdsay. Promotional material for the event said Unisuper had recently divested from two pure-play coal companies, but faced ongoing pressure from members to go further – "especially as the scientific community constitutes many of its members".

Dr De Jonge said she could see both sides of the divestment argument but called on Unisuper to improve its climate policy.

"If they divest, they no longer have that influence, they're no longer a force for change," she said. "What I'm pushing for is much faster action."

The reporting prompted more than 10,000 university workers to sign a petition asking for the super giant to divest from companies earmarked as "incompatible" with the goals of the Paris climate agreement

Australian National University scientist Professor Will Steffen was among the group of 25 leading scientists that sent a letter to Chief Scientist Alan Finkel last month saying his support for gas was inconsistent with scientific consensus on what is needed for a safe climate.

Professor Steffen has now ramped up pressure on Unisuper to move away from fossil fuels, including gas. "In the past, there has been a myth that gas is a cleaner fossil fuel," Professor Steffen said. "It might have been hard to hold them at fault five to 10 years ago for investing, but it’s impossible now."

Snowflake's first-day pop means IPO left $3.8 billion on the table, the most in 12 years