New York (CNN Business)Big banks, climate activists and banking reform advocates don’t agree on much, but they have joined forces to denounce a proposed Trump administration rule that would make it harder for banks to cut ties with the fossil fuel industry.

If adopted, the proposed regulation would mean that banks could no longer deny loans to fossil fuel companies, gunmakers or other industries simply because those companies don’t match lenders’ corporate values. Banks could only refuse to lend to companies with a “documented failure” of meeting previously established lending standards.
Last week, the Office of the Comptroller of the Currency closed the comment period on the controversial rule which was introduced in late 2020 by Acting Comptroller of the Currency Brian Brooks. Now it’s drawing fierce opposition from some strange bedfellows. 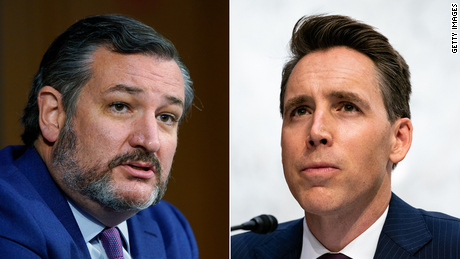 “Brian Brooks did something I never thought possible: He united the banking industry and reform advocates,” said Isaac Boltansky, director of policy research at Compass Point Research & Trading. “They were united in opposition to a rule that is convoluted, ill-conceived and operationally problematic.”
The American Bankers Association, a powerful lobbying group whose banks hold $17 trillion in deposits, slammed the rule as “untenable,” in part because it would limit the ability of lenders to manage their own risks.

Democratic Senator Sherrod Brown, the incoming chairman of the Senate Banking Committee, echoed that sentiment.
“Forcing banks to take on dangerous investments is a bad idea,” Brown told CNN Business in a recent interview. “Ultimately, it doesn’t serve the financial system or the country.”
Brown, a Democrat from Ohio, added that Brooks, the OCC regulator, is “joining a long line of Trump nominees looking out for their own past and future business interests.”

In a statement, the OCC said it is “reviewing all” comments from stakeholders in order to develop a final rule. The OCC, an independent bureau of the Treasury Department, regulates and supervises all national banks.
“If the system fails to provide fairness to all, it cannot be a source of strength for any,” Brooks said in a November statement.
The OCC announced Wednesday that after eight months on the job, Brooks will step down at the close of business on Thursday. He will be replaced by Blake Paulson, a career bank examiner who has served as the agency’s chief operating officer since June.
The fate of the rule remains uncertain, not just because of the strong opposition to it, but because Trump’s term ends January 20.
If the OCC does adopt it, it’s possible that lawmakers could undo it through the Congressional Review Act, which allows Congress to roll back regulations imposed by the executive branch. For example, President-elect Joe Biden has promised to address the climate crisis, including by rejoining the Paris climate accord.
Boltansky said he’s “confident” the Biden administration will work to reverse the banking rule.

Banks begin to back away from fossil fuels

Environmental groups fear the rule would short-circuit growing momentum among big banks to distance themselves from oil and coal companies whose fortunes are threatened by the climate crisis.
“This proposed rule is an outrageous last-ditch attempt to obstruct progress to address climate change as a systemic financial risk,” Steven Rothstein, managing director of the Ceres Accelerator for Sustainable Capital Markets, said in a statement last week.
With the climate crisis intensifying, some big banks have recently ruled out making certain loans in the hope of easing both their reputational and credit risks. 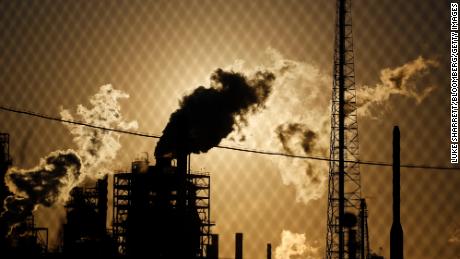 In 2019, Goldman Sachs (GS) became the first big US bank to promise not to write loans for Arctic drilling. Many other big banks followed suit.
And last fall, JPMorgan Chase (JPM) said it would refuse lending, capital market and other services to companies that make most of their revenue from coal extraction. JPMorgan also pledged to push clients to align their businesses with the Paris climate agreement.

The OCC, in its proposed rule, suggested banks are overstepping by deciding not to lend to oil companies because they believe the United States should be in the Paris climate agreement.
“Climate change is a real risk, but so is the risk of foreign wars caused in part by US energy dependence and the risk of blackouts caused by energy shortages,” the rule stated. “Balancing these risks is the purview of Congress and federal energy and environmental regulators.”
Patricia McCoy, a Boston College Law School professor, said the proposed rule is part of the Trump administration’s “assault on climate change initiatives.”
Trump, who promised to revive the coal industry, has slashed environmental regulations, falsely claimed that wind power causes cancer and installed a former coal lobbyist to run the EPA.

The OCC is charged with making sure lenders provide fair access to financial services and treat customers fairly. The goal is to make sure banks don’t repeat the mistakes of redlining, the systematic refusal to lend to poor and minority communities.
But the OCC’s stated mission is also to ensure national banks “operate in a safe and sound manner.”
McCoy, a former regulator at the Consumer Financial Protection Bureau, points out that climate change risk “poses long-term safety and soundness concerns to national banks that lend to the fossil fuel industry.” 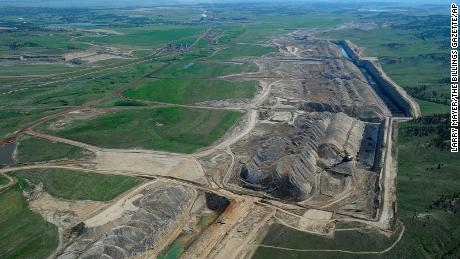 That’s because the worsening climate crisis is darkening the outlook for the fossil fuel industry. Coal companies have gone bankrupt. Investors have sharply marked down the value of oil and gas companies and made it harder for them to raise capital. A climate crackdown from lawmakers in Washington would pose more problems for the fossil fuel industry.
“Banks have begun taking steps to protect against that [climate] risk, and the OCC should help them down that path, not throw hurdles in the way,” Ceres said in the statement.
Source: Read Full Article