Home » Markets » ‘Silver lining’ in coronavirus cloud for some businesses

Australian businesses with strong stock inventory are seeing an increase in sales as a result of the coronavirus, while others are hoping they will benefit from supply shortages in China. 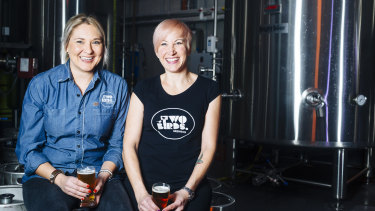 Danielle Allen (left) and Jayne Lewis from Two Birds Brewing have a container of beer headed for China.

"It's very difficult because we have factories [in China] that have gone back but if they have staff who were from interstate or from other provinces there is a quarantine period and they have not returned," he said on the sidelines of the Oracle NetSuite conference in Sydney on Tuesday.

Mr Smith said the packaging company, which turns over $80 million a year, prided itself on never running out of stock.

"There is a silver lining in every cloud," he said. 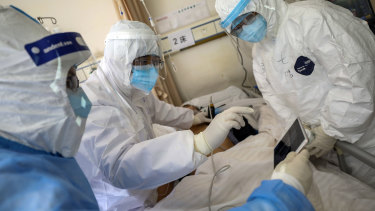 Mr Smith said he 'blacklisted' every product that a customer had not bought from BioPak in its system to give priority to current customers for these products.

"We have some comfort in our excess stock levels but we need those factories to be up and running at the beginning of March to ensure that we have got continuity," he said.

"From our perspective, it will be difficult to get stock and there will be a definite impact on the economy as people just will not go out and there’s a lack of tourism and international students."

Spotwood based brewery Two Birds is also hoping coronavirus can have a positive effect on its business.

At the Oracle NetSuite conference, co-founder Danielle Allen said Two Birds Brewing had sold into China for a year and had a full container of beer on its way to China.

"They actually tried to cancel our order because there is no one out and 90 per cent of the bars are closed and no one is in the ones that are open," she said.

"But it's a custom order that we brew and date just for China so we were not willing to cancel it so we will do everything we can to support it once it lands in country."

Ms Allen said Two Birds, which turned over more than $5 million last year, planned to do additional marketing in China to try ensuring the stock sold.

"Fingers crossed we might be one of the only outside beers if a lot of beer orders are cancelled from around the world," she said.

"It’s going to take a couple of months to recover; nobody can really say at this point when it is going to return to normal."

The reporter attended SuiteConnect in Sydney as a guest of Oracle Netsuite.