The world is in a panic over the latest outbreak of coronavirus, a disease that has killed (at the time of writing) just over 3000 people in the space of a couple of months.

Without understating the severity of this potential pandemic and the impact it’s already wreaking, there’s another outbreak which, during the same period, has killed ten times as many people. Sugar.

And that’s just sugary drinks. If you were to factor in sugar-laden food as well, the fatality rate would exceed that of tobacco. 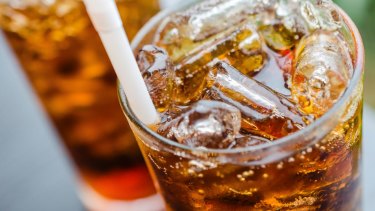 Is it time soft drinks were removed from the office?

And much like tobacco, the segment of the population disproportionately affected by these deaths is the lower socioeconomic one. Those who can least afford it end up paying the steepest price.

Hence why there are calls for sugar taxes, advertising bans and mandatory health-star ratings in the hope they’ll reduce the heart disease and diabetes complications that lead to premature deaths.

It’s also why there are increasingly calls for employers to play a more prominent role. Which wouldn’t be the first time they’ve stepped in to help their staff live better lives.

Many organisations now recognise the flow-on advantages in terms of lower absenteeism and greater productivity when the wellbeing of the workforce is prioritised.

A little more controversial is the interventionist approach taken towards sugary drinks at work. We’re not talking about subtle tactics such as promotional campaigns or additional water stations that encourage employees to consume healthier beverages.

We’re talking about outright bans on the sale of sugary drinks in canteens, vending machines and any other retail outlet at which these products are sold.

By making it inconvenient to access these beverages, people are forced to choose the wiser alternative. Well that’s the theory anyway.

Testing that theory have been researchers from the University of California who tracked over a period of 12 months the extent to which more than 200 employees drank these beverages at an institution that had implemented such a ban. Their consumption was measured before and after the ban was enforced.

This involved more than just a simplistic survey. The participants had to also undergo comprehensive clinical tests on a regular basis, which included the use of blood samples and physical measurements – the Body Mass Indicator being an example of the latter.

The results, which were published in January’s edition of JAMA, the American Medical Association’s academic journal, were astonishing.

The sales ban led to an almost 50 per cent drop in the consumption of sugary drinks. The participants were drinking on average 510 millilitres less a day. This was an outcome they were able to sustain for the next 12 months.

It was natural, then, that they continued to enjoy a number of subsequent benefits. Approximately two thirds experienced a tightening of their waist girth and a reduction in their weight.

Even beyond that, the volume they drank fell by an average of another 369 millilitres when the ban was complemented by a motivational interview that informed each employee of the amount of sugar they were consuming on a daily basis and provided individualised guidance on how they could improve their diet. Counsellors then continued making check-in phone calls periodically.

So even though some governments continue to pursue, or at least investigate, provocative reforms such as taxation and warning labels, the scholars argue these intentions face “significant political obstacles that private-sector sales bans do not”.

They therefore recommend workplace bans though they caution these, too, can be problematic because they may be perceived by staff as paternalistic. The question, however, is whether a dose of paternalism is what the current situation demands.